Welcome to Toca Hair Salon 3! Our most popular app series returns, better than ever! What do you feel like creating today — something quirky, pretty or edgy? Choose your character from dozens of looks that you can customize — characters have randomized styles and personalities, which creates endless play opportunities! Grab your tools and get styling!

AMAZINGLY REALISTIC HAIR
The hair in Toca Hair Salon 3 looks and moves like real hair! You can style silky straight hair, bouncy waves, crinkly curls, and for the first time in the Toca Hair Salon series: kinky hair! This super-curly hair type means you can create fluffy 'fros and other natural hairstyles.

AWESOME STYLING TOOLS
No salon would be complete without the right tools!

Basics: Of course you'll find everything for a good wash, including shampoo and a blow dryer. You'll also find scissors, clippers, a razor, a brush and a multipurpose combing tool to use on your client's hair. In case you cut off a little too much, we've brought back our amazing grow tonic to regrow hair — definitely customer pleaser!

Hair types: The electric styling tools let you move between the different hair types to get just the right look.

Braids: Use the brand-new braiding tools for more styling options! You can make thick braids or thin braids!

Beards: Visit the beard station for the best in beard-grooming (or growing!). Lather up with shaving cream, then use scissors, clippers or a razor to get just the right length. Every character can have a beard!

Color: Ready for some color? Toca Hair Salon 3 introduces a more advanced hair color tool with two different cans for different sized sprays. And the new rainbow spray lets you create the most colorful styles you can imagine!

CLOTHES AND ACCESSORIES
Now characters can change into different clothes! Try on new looks to suit that new hair style! Accessorize the look with glasses, caps, headbands and silly stuff. Choose a photo booth background and take a picture to save to your device and share!

FEATURES
- All-new characters with dozens of starter styles
- Straight, wavy, curly and now kinky hair!
- All the tools you need to create the style you want!
- New braiding tool!
- Every character can grow a beard to style
- More advanced hair color tool: Dip-dye and fade hair in any colors you want!
- Change clothes on characters!
- Dozens of new accessories: hats, glasses, jewelry and more
- Change backdrops in the photo booth!
- Snap a picture in the app and share with your friends!
- Gender-neutral aesthetic: Unlike most hairstyling apps, all kids are welcome to play!
- No time limit or high scores — play for as long as you like!
- No third-party advertising

ABOUT TOCA BOCA
Toca Boca is an award winning game studio that makes digital toys for kids. We think playing and having fun is the best way to learn about the world. Therefore we make digital toys and games that help stimulate the imagination, and that you can play together with your kids. Best of all - we do it in a safe way without third-party advertising or in-app purchases.

Thanks for sharing your feedback and reporting bugs — we’ve made some updates. Get the latest version to have the best experience! And leave us a review — we read every one of them!

Do you love Toca Hair Salon 3 app? Please share and improve it :)

I have been trying to get on the app but it keeps crashing and just sending me back to the home screen so I can’t really use it and it’s updated and all but I don’t understand why if you were to fix this problem.

It is a good game but gets boring after a while. If I hadn’t paid for it I would have deleted it

It’s all fun , I like the game and it’s design , but after few hours you’ve done all the characters, it gets very boring , and they don’t update them . So save your money.

This is such a good game but I wish we could make our own characters because that would be so fun!!

I love this game and it was working perfectly fine just yesterday but now the intro of the game just plays over and over instead of letting me play. I’ve tried everything. I tried deleting the app and redone loading it, I tried shutting off my phone and many more things. I hope that this can be fixed soon so that I can play the game again.

When I bought this app I was super exited! At first it was great, but after finishing all of the levels I was like... that’s it? I was expecting way more especially because I payed 4 dollars for this app. I am definitely not saying delete this app but please change it at least. I love the little people you get to dress up and everything but maybe just make a couple more levels to it. For example, maybe you can unlock the characters houses or something. I’m not saying DO THIS but it’s one example.

I love this app. I totally think it’s worth the 4 dollars, especially if your a creative person. This is really the only app I’ve played where like you can actually be creative. I do wish that there was a setting where you could make them sit still, because while putting on their accessories, such as glasses, I want them to be perfectly centered, and that is one reason that this app is only 4 stars. I also wish that there was a wider variety of songs to choose from. And, a custom backdrop. This app is a great app, these are only suggestions. Thanks for reading!

love this game but it keeps crashing and there hasn’t been an update in 8 months?? cmon guys. either update this one or make a new hair salon game please 🤙🏻

I love this game! So does my little sister me and her always play This app! We make up different hair styles, categories ❣️❣️❣️❣️ can you please make an update with new characters?❣️❣️❣️👍🏻👍🏻👍🏻

Chuck Norris once roundhouse house kicked a man for asking him who invented the Roundhouse Kick.

I love this game! I can’t wait to try them all. I wish they were a bit cheaper but that’s okay they are fun to play and I’m 19 lol 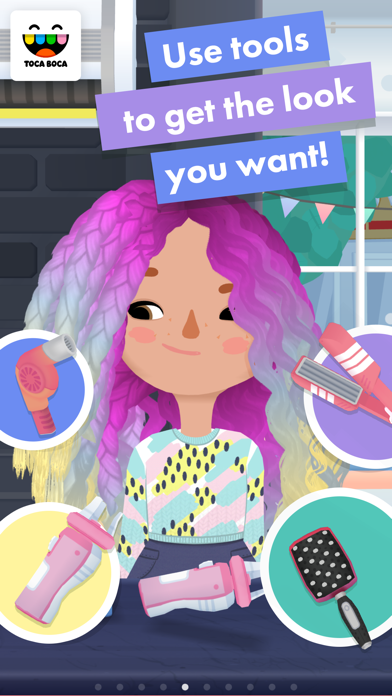 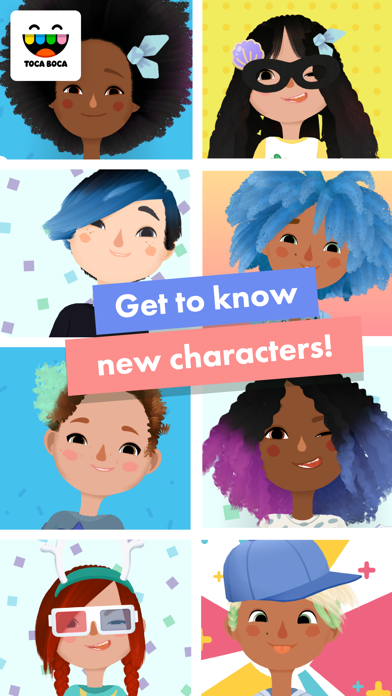 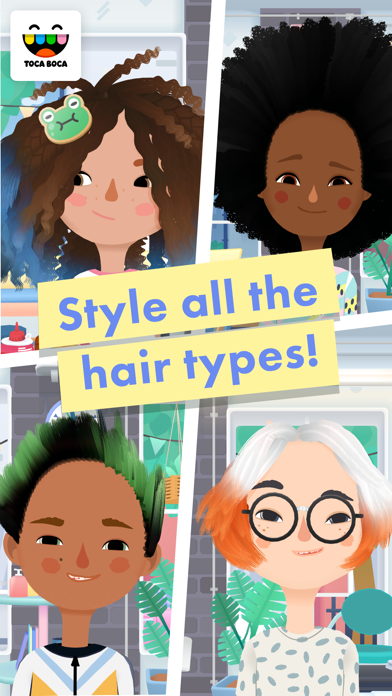 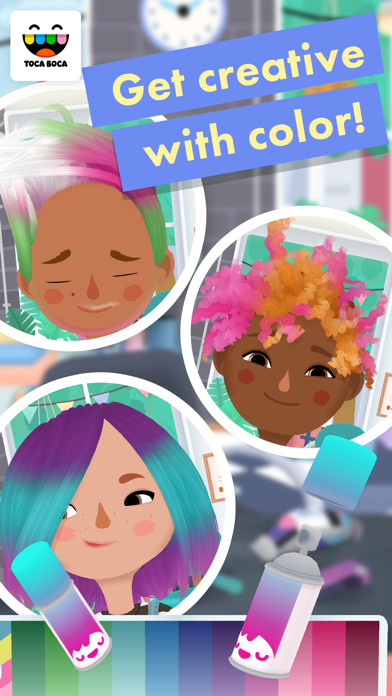 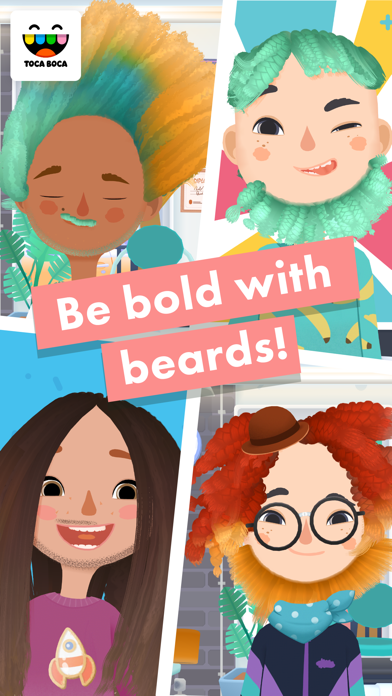