Fast-paced 3v3 multiplayer and battle royale made for mobile! Play with friends or solo across a variety of game modes in under three minutes.

Unlock and upgrade dozens of Brawlers with powerful Super abilities, Star Powers and Gadgets! Collect unique skins to stand out and show off. Battle in a variety of mysterious locations within the Brawliverse!

BATTLE IN MULTIPLE GAME MODES
- Gem Grab (3v3): Team up and out-strategize the opposing team. Collect and hold 10 gems to win, but get fragged and lose your gems.
- Showdown (Solo/Duo): A battle royale style fight for survival. Collect power ups for your Brawler. Grab a friend or play solo - be the last Brawler standing in the rowdiest battle royale yet. Winner take all!
- Brawl Ball (3v3): It's a whole new Brawl game! Show off your soccer/football skills and score two goals before the other team. There are no red cards here.
- Bounty (3v3): Take out opponents to earn stars, but don’t let them pick you off. The squad with the most stars wins the match!
- Heist (3v3): Protect your team’s safe and try to crack open your opponents’. Navigate the map to sneak, blast and blow your way clear to the enemies treasure.
- Special Events: Limited time special PvE and PvP game modes.
- Championship Challenge: Join Brawl Stars' esports scene with in-game qualifiers!

UNLOCK AND UPGRADE BRAWLERS
Collect and upgrade a variety of Brawlers with powerful Super abilities, Star Powers and Gadgets! Level them up and collect unique skins.

BECOME THE STAR PLAYER
Climb the local and regional leaderboards to prove you’re the greatest Brawler of them all!

PLEASE NOTE! Brawl Stars is free to download and play, however, some game items can also be purchased for real money. If you don't want to use this feature, please disable in-app purchases in your device's settings. Also, under our Terms of Service and Privacy Policy, you must be at least 9 years of age to play or download Brawl Stars.

Features:
- Team up for real-time 3v3 battles against players from across the world
- A fast-paced multiplayer battle royale mode made for mobile
- Unlock and collect new, powerful Brawlers - each with a signature attack and Super ability
- New events and game modes daily
- Battle solo or with friends
- Climb to the top of the leaderboards in global and local rankings
- Join or start your own Club with fellow players to share tips and battle together
- Customize Brawlers with unlockable skins
- Player-designed maps offer challenging new terrain to master

From the makers of Clash of Clans, Clash Royale and Boom Beach!

Support:
Contact us in-game via Settings > Help and Support — or visit supercell.helpshift.com/a/brawl-stars/

Do you love Brawl Stars app? Please share and improve it :)

Please and I mean PLEASE get rid of the brawler Edgar he is so annoying and was a dumb idea to give people him for free over the brawildays. Please get rid of him or at least nerf him so his attack rate or superpower doesn’t charge automatically . You could’ve made him something to buy with gems because he is so annoying. This game is brilliant with the amount of detail etc but just please read my message and do whatever you want to do with Edgar because Brawl Stars would be a better game without him and I bet there is loads of people out there who would prefer Brawl Stars without Edgar

Buff surge’s reload speed. He is as bad as a mythic or even a epic. YOU HAVE TO BUFF SURGE IMMEDIATELY!!!

I made it one star for no reason

Gets worse by the update.

The best game ever. Play it. Trust me

This game is slowly decaying and I’ve been on since day one. The lack of communication options (either spin or use a emote) between teammates and the match making system are horrid. The game feels like it just matches you with bots or people who have certain brawlers/skins to convince you to put gems into the game. I’m constantly getting paired with bots or either kids that run around and do absolutely nothing. Great idea and had a good run but as much time as I’ve put in and gems it’s time to hang it up when the game just hands you potatoes every game or bots. Only chance to have constant real match with people is to have a brawler 700-800+ trophies.

I have played brawl stars since the beginning and seen the way the game has evolved and changed. The addition of fair but different characters helped me keep interest in the game, both in casual and competitive play. Supercell has also done a great job of listening to the community by adding the build your own maps and skin competitions. I rlly love this game and highly recommend to anyone who wants to play as either a casual or sweat :) Have a great day

This is about boxes! I have wanted new BOXES! Ever since I started playing. And since 2017 when the dang game started it’s been the same boxes. And what do you have in mind? I have a power box where you get nothing but A RRRREALY good up grade. And a brawler fortune box where you can get pins brawlers gadgets and star powers. If I get 2 of these boxes this game will be named my favourite game.

It takes me ages to match the game. It doesn't show how long will take. The game needs to get a better matching system.

Patience is a virtue but you will never ever accomplish anything if you don't exercise action over patience. 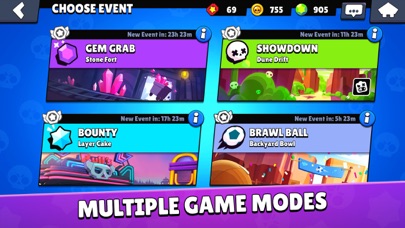 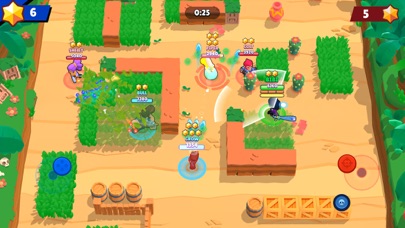 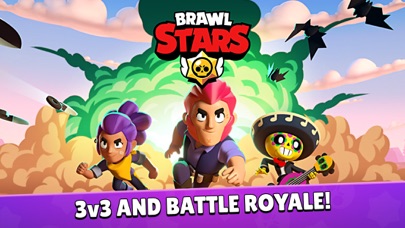 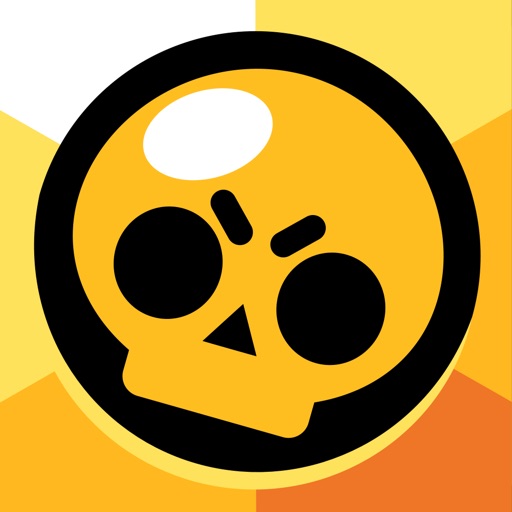