Play online or over local WiFi with 4-10 players as you attempt to prep your spaceship for departure, but beware as one will be an impostor bent on killing everyone!

Crewmates can win by completing all tasks or discovering and voting the impostor off the ship.

The Impostor can use sabotage to cause chaos, making for easier kills and better alibis.

Do you love Among Us! app? Please share and improve it :)

I love this game I play it all the time but I get bored with the maps could you make more maps?my sister says it awful I don’t think so.people are also being rude please fix this thanks😃 Molly

In public lobbies some body will just say a random person and every body will go along with it and they have no evidence it’s you. People also cheat in public lobbies and just get some friends so they never get voted off and if they die or one of their friends die then they tell the friend who the imposter is. It could be a good game but most people ruin it. If you kill the host in the lobby as imposter he will most likely kick or ban you. Just a boring game now

I really love this game but just a minute ago I was playing with my friend and someone was telling me and her to cut our wrists and hang our selfs because voting time was high, I wish there was a way to report people because this is not ok. People like this should not be allowed to play because of these things then once people joined we were yelling at him in chat yelling him he shouldn’t be saying this but of course he was all like “oh yeah I just joined I don’t know why they are yelling at me” please make this stop with a report button! 😭

I love the game, I play with my friend almost every night, but I have one small problem, on my Nintendo switch, most the time when I type something to chat it deletes its self, I don’t delete it or anything it just deletes the test and goes back to the where you type, but when I type it twice it’s fine, but I need to do it every time to use chat, i know among us on the switch is new but it’s a little annoying. But besides that it’s one of my favorite games, PS thank you sooooo much for making switch and mobile compatible, thanks. I know I’m just one person you don’t know but pls consider fixing this in an update, thanks 😁

Won’t give me the stuff I purchased

Cute boy and single girl and botswife are being rude pls tell them on the message and I hope you find a way to get them not play among us if you don’t delete the whole app!

This is the best! But it keeps crashing when the game starts. I’ve updated my iPad to iOS 125.5, but it still does not work. Do you mind if you could sort this out please? Other than that, it is great!

I love this game it is my fav it is awesome OMG! Can’t wait for among us 2

this game is okay but everyone keeps and people won’t start the game plus after a while it gets pretty boring. so good day old chap pardon me if I sound like 7 year old infant wrote it so even a 7yo can wrote better than this so gday mate bye chur bro nah

This game is awesome I love how u can play with anyone and anywhere but u just need wi-fi . You can also chose what map 🗺 u want to play on and u can also choose you’re couler and hats 🎩 . And you can play by your self on free play I can practice being a imposter or practice you’re task

My name is jeff tuckelburg

Blessed is the person who is too busy to worry in the daytime, and too sleepy to worry at night.

Among Us is an online multiplayer social deduction game developed and published by American game studio Innersloth. It was released on iOS and Android devices in June 2018 and on Windows in November 2018, featuring cross-platform play between these platforms. The game was also released on the Nintendo Switch in December 2020, and has planned releases for the Xbox One and Xbox Series X and Series S in 2021. The game takes place in a space-themed setting, in which players each take on one of two roles, most being Crewmates, and a predetermined number being Impostors. The goal of the Crewmates is to identify the Impostors, eliminate them, and complete tasks around the map; the Impostors' goal is to covertly sabotage and kill the Crewmates before they complete all of their tasks. Players suspected to be Impostors may be eliminated via a plurality vote, which any player may initiate by calling an emergency meeting (except during a crisis) or reporting a dead body. Crewmates win if all Impostors are eliminated or all tasks are completed whereas Impostors win if there is an equal number of Impostors and Crewmates, or if a critical sabotage goes unresolved. While initially released in 2018 to little mainstream attention, it received a notable influx of popularity in 2020 due to many well-known Twitch streamers and YouTubers playing it. In response to the game's popularity, Among Us 2 was announced in August 2020. However, the planned sequel was canceled a month later and the team shifted their focus to improving the original game. Among Us has also inspired internet memes and achieved a large following online. . 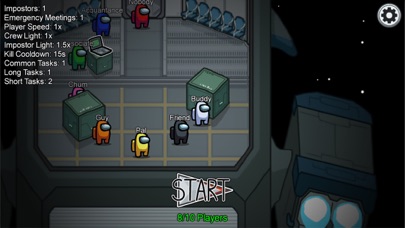 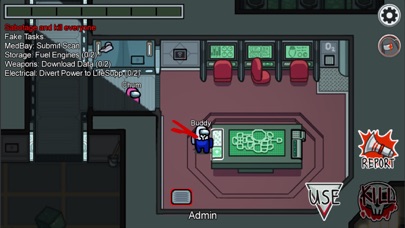 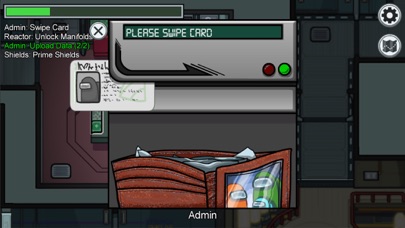 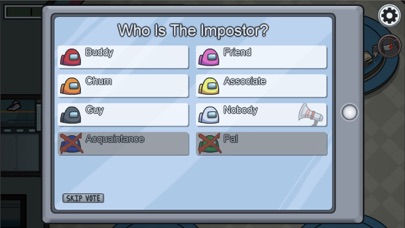 Among Us! Similar Apps 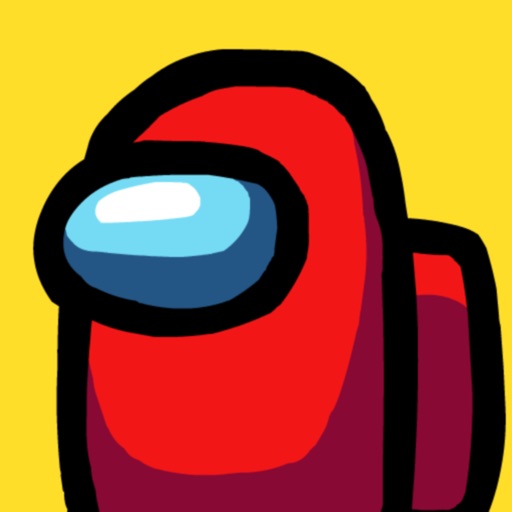