Roll the dice and buy, sell, build, and scheme your way to become a rich landlord in MONOPOLY, the Hasbro board game and family classic loved by over a billion people in cities and countries worldwide. One of the most classic board games you know and love is available on mobile and tablets and playable both offline and online!

Experience the classic board game in a completely new way. MONOPOLY by Marmalade Game Studio brings the board to life with a universe including a beautiful animated and designed 3D city board with hotels and houses.

Popular Features
- ONE OF THE GREATEST BOARD GAMES - Play the Hasbro classic by yourself or with the family and friends in your life on mobile or tablets!
- A PREMIUM EXPERIENCE - No pay-to-win, no ad pop-ups, no risk, approved by Hasbro
- HOUSE RULES - Play with the most common house rules
- QUICK MODE - Finish the Hasbro board game faster than ever
- SINGLE-PLAYER - Play against our challenging AI. No need for friends or family
- OFFLINE MULTIPLAYER - Play together and pass the phone between turns
- ONLINE MULTIPLAYER - Play MONOPOLY online with people all over the world from a different city or country or create private multiplayer games to play with your friends and family in life without any risk.

Are you ready to experience the thrill of bankrupting your family and friends in life and becoming a rich landlord in MONOPOLY, one of the most iconic board games of all time?
Roll the dice, take risk, make your way around the board and BUY real estate, COLLECT rent and BUILD hotels to become a landlord tycoon, just like the popular Hasbro family board game.

Don’t get bored and challenge up to FOUR PLAYERS on one mobile device in multiplayer!

Now you can play a game of MONOPOLY anytime and anywhere, in the city and at home, offline and online! You can play by yourself or with friends in multiplayer. Try this multiplayer with up to four players on one device. Alternatively, invite family and friends to play in online multiplayer and build your real estate empire to become a rich landlord and the king of the MONOPOLY universe. When you are ready to roll the dice, you can host a private multiplayer lobby or share public games with friends online from different cities.

Finish a game of MONOPOLY FASTER THAN IN REAL LIFE in QUICK MODE!

Don’t worry about the risk of a game taking too long. Use the Quick Mode to complete it in one hour or less. You’ll spend less time in jail, build hotels sooner, become a successful landlord faster, and end the game after the first player is bankrupt; the richest player wins and becomes the MONOPOLY King.

Our MONOPOLY game includes like in real life all well-known, POPULAR HOUSE RULES

Do you receive M400 instead of M200 when you land directly on GO in your family or friends group? Create a custom game with your family's favourite house rules and become the MONOPOLY king in your family.

We have made sure our game is safe for kids, without any risk, and easy to play for the whole family online or offline in multiplayer. Like the original Hasbro board game, everyone can buy, sell, collect, build, and play! Since the game is ad-free, you won't risk bumping into inappropriate ads. And with private online multiplayer, you don't have to share a game with strangers and can simply play with your friends.

Play with your LOCAL EDITION of MONOPOLY!

Our game includes the largest number of localised boards any of the digital MONOPOLY board games has ever offered. Play with a board from select countries and unlock the ‘Explorer Pack’ to discover different cities and its real estate! Roll the dice, take risk, BUY or SELL real estate, COLLECT rent and BUILD hotels as a landlord in cities and countries all around the world.

Let’s jump into the MONOPOLY Universe!

Are you a sore loser? Do you find it hard to stay cool in the face of defeat? If so, we’ve got BRAND NEW TOKENS to reflect your mood! We get it. MONOPOLY brings out the worst in us. For those times when you can’t contain your frustration, you can now show how you really feel about paying 1000s in rent and getting bankrupted by your (former) friend.

Do you love Monopoly app? Please share and improve it :)

Don’t buy this game, clearly rigged, dice are not random at all and ALWAYS favour a specific computer player, no fun at all

Fix the game freezing!! Really spoils the fun... Not happy

Just had to quit a game because one of the players decided to stall the entire game by not rolling the dice because they were about to go bankrupt. Very frustrating as there should be a countdown function which auto plays and kicks players out after a while as all players have to restart the game! For a paid for app you would really expect this functionality , if I had read the reviews in detail I probably wouldn’t have purchased this app!!

Downloaded it today to play with my grandchildren and we tried 3 different games and each time the game freezes up and then we can’t go on. It’s even has trouble connecting. Not impressed especially after I paid for it

Thought I was buying a different board but accidentally bought the thing where you can change countries and it also double charged me!!!! It charged me $14.35, I am not happy and want my money back

The game would be fantastic, if I could get more than about 15 minutes into an online game. I’ve started multiple online multiplayer games and I’ve never been able to finish one, the game freezes and crashes every single time, it’s ridiculous. Completely defeats the purpose of playing it.

When playing with AI, you will always land on go to jail, taxes or any property that you don’t own that has houses or hotels built in. While the AI conveniently skips your property with houses/ hotels. The AI always seems to get the chance card that take you straight to go or the cards that give money and you will always pick cards that have fines to pay. I have played this gave over 50 times with AI and I came close to winning only 1 (came 2nd out of 3) Would not recommend. The real game is much better. Save your money, this shouldn’t be a paid game.

I have played loads of good games, but this last game I played was just horrible! Didn’t land on anything, apart from taxes and jail.

Bought this game as a bundle all the other games work great! But this game is the opposite, haven’t had one full game yet and we have tried multiple times, every time it just freezes and you can’t exit out to refresh the game because you’ll just end up losing your whole game. Would also be great if you could exit out and then come back to it on a later date of you had not finished playing. Has the potential to be a great game but was very disappointed with the game overall, mainly because I paid money for it to just not work in the first place, would rather just have my money back really.

Actually, we need a button that forgive or decrease rent due

Yesterday is history. Tomorrow is a mystery. And today? Today is a gift that's why they call it the present.

A monopoly (from Greek μόνος, mónos, 'single, alone' and πωλεῖν, pōleîn, 'to sell') exists when a specific person or enterprise is the only supplier of a particular commodity. This contrasts with a monopsony which relates to a single entity's control of a market to purchase a good or service, and with oligopoly and duopoly which consists of a few sellers dominating a market. Monopolies are thus characterized by a lack of economic competition to produce the good or service, a lack of viable substitute goods, and the possibility of a high monopoly price well above the seller's marginal cost that leads to a high monopoly profit. The verb monopolise or monopolize refers to the process by which a company gains the ability to raise prices or exclude competitors. In economics, a monopoly is a single seller. In law, a monopoly is a business entity that has significant market power, that is, the power to charge overly high prices. Although monopolies may be big businesses, size is not a characteristic of a monopoly. A small business may still have the power to raise prices in a small industry (or market).A monopoly may also have monopsony control of a sector of a market. Likewise, a monopoly should be distinguished from a cartel (a form of oligopoly), in which several providers act together to coordinate services, prices or sale of goods. Monopolies, monopsonies and oligopolies are all situations in which one or a few entities have market power and therefore interact with their customers (monopoly or oligopoly), or suppliers (monopsony) in ways that distort the market.Monopolies can be established by a government, form naturally, or form by integration. In many jurisdictions, competition laws restrict monopolies due to government concerns over potential adverse effects. Holding a dominant position or a monopoly in a market is often not illegal in itself, however certain categories of behavior can be considered abusive and therefore incur legal sanctions when business is dominant. A government-granted monopoly or legal monopoly, by contrast, is sanctioned by the state, often to provide an incentive to invest in a risky venture or enrich a domestic interest group. Patents, copyrights, and trademarks are sometimes used as examples of government-granted monopolies. The government may also reserve the venture for itself, thus forming a government monopoly, for example with a state-owned company.Monopolies may be naturally occurring due to limited competition because the industry is resource intensive and requires substantial costs to operate (e.g., certain railroad systems).. 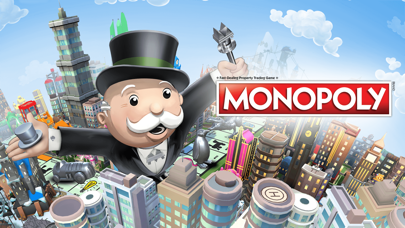 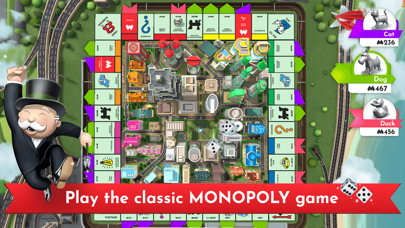 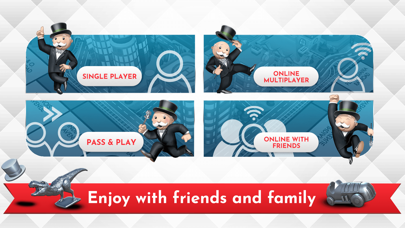 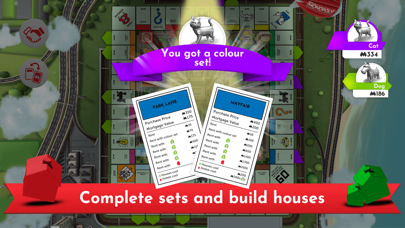 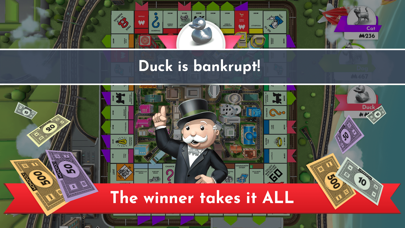 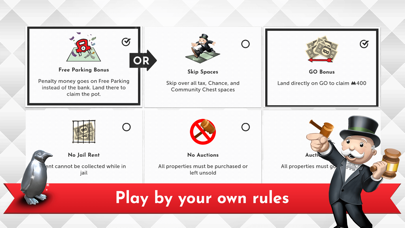 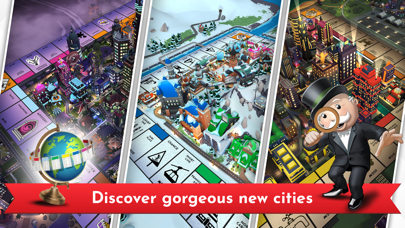 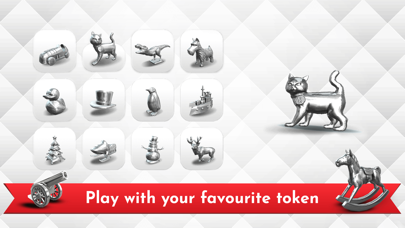 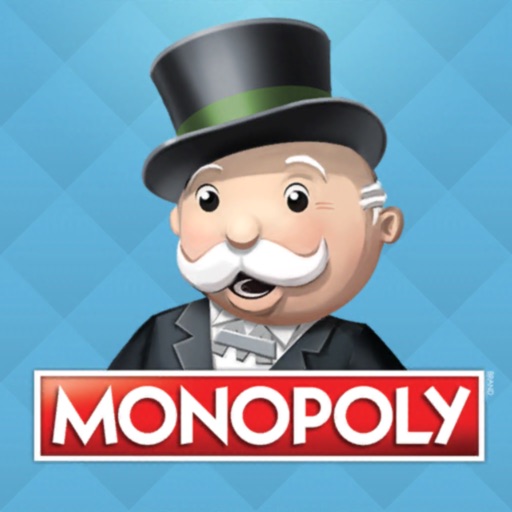