Connect with friends, share what you’re up to, or see what's new from others all over the world. Explore our community where you can feel free to be yourself and share everything from your daily moments to life's highlights.

Express Yourself and Connect With Friends

Learn More About Your Interests

- Check out IGTV for longer videos from your favorite creators.
- Get inspired by photos and videos from new accounts in Explore.
- Discover brands and small businesses, and shop products that are relevant to your personal style.

I am awake at 2AM playing this

as someone who hates seeing the notification bubble appear over apps this is driving me nuts, had a constant 2 above instagram and wont go away, updated app, updated my phone - still the same ?! I’m 👌🏻 close to deleting the app...

You disabled my Instagram account and ive tried to request l that it was a mistake but it wont let me make the rest without logging in which obviously i cant do because its been mistakenly disabled. Thats 6years down the drain

Their “support” is pathetic. I just want to get onto my Instagram account. Finally got ahold of an Instagram email, had to send not 1 but 2 photos of myself holding up this code like a mugshot, only to get told it’s not good enough and I’ll have to resort to their stupid help Center. They’re lazy and don’t take into consideration I’ve spent 7 years on one account !!! ... and they want you to just start over. This has made me so upset!! I’m not starting a new Instagram account after almost 10 years on the same account!!!!! My Facebook is even linked to my Instagram and it’s still not good enough??????????? Whatever Facebook and Instagram at least I have Snapchat.

When ever I try to log in into my account on the app, it tells me”sorry there was a problem with your request” I’ve tried every single way to fix it. But I just cannot get in. Please fix that if it’s a bug.

When attempting to sign in to my previous account, it says the my account was disabled for violating terms. I filled out a few forms that I’ve given my account’s information to through Instagram and have received multiple messages titled “Message from Instagram” stating that the account had been disabled by mistake and has since been restored and that I can log in again. But when I try to log in, it still says the account is disabled. **I have screenshots if anyone from Instagram’s team wants to contact me. Since then, I’ve created a new Instagram account but I can’t use my old email, which if my account was disabled or deleted, I would still be able to do.

This app used to be great but the extreme censorship of dissenting voices has become beyond anything even Stalin could have dreamed up. Off to the gulag with anyone who dares to question the fact checker (thought police) narrative!

My account has been disabled for the second time in less than a week and Instagram is absolutely no help whatsoever. I have not violated any community guidelines at all so my account was deactivated by mistake..TWICE. I have sent countless emails to Facebook/Instagram in return to emails they send me with no response. I am furious. Some people have suggested restarting my entire phone but I am not willing to do that because of a mistake Instagram made. I am fed up with their poor ‘support’ team who are useless. There is also absolutely no way to directly contact an actual person which is ridiculous. Apart from this Instagram is a great app, but this dilemma has brought them down as a company. Unacceptable.

You guys bunch of pervs or something? Stop using our phone camera while we are not using the app.

The new update has made a lot of changes to the original app this app was so much better before the update .The app clearly states updated because of bugs but really all your update has done was make the app worst I know you update for a reason and I understand that but the need to change the lay out of instagram like where you put the notification button near the messaging button wasn’t necessary,I am more than happy with the original lay out the original lay out was by far the best ! But you had to change it :( also !! I dislike how Facebook and tik tok is apart of instagram I mean it’s your app but I don’t wanna see tik tok or Facebook on my feed or account they’ve got there own seperate apps and they should stick to their own apps to be very honest I’m starting to dislike instagram I went from being addict on instagram to being inactive because of how I’m not satisfied with my account not only that but my account has been playing up ! I confirmed my last account with a number and than instagram deleted it some now than I made a new main account my account has played heaps of times I wouldn’t send messages sometimes and wouldn’t show the messaging button wouldn’t let me post stories sometimes and even sometimes I would have double stories 1 row of stories up to and 1 down below than the other day I pressed on the stories and it wouldn’t load it would just go blank white also posting things it wouldn’t let me caption things or edit my captions like before and being action blocked is one of the most annoying thing ever theirs is so much problems i have with this app but I’d perfer to just state the basic and most common ones because i have all ready written an essay but PLEASE CHECK AND FIX YOUR APP !!

No one has a finer command of language than the person who keeps his mouth shut.

Instagram (commonly abbreviated to IG or Insta) is an American photo and video sharing social networking service owned by Facebook, created by Kevin Systrom and Mike Krieger and originally launched on iOS in October 2010. The Android version was released in April 2012, followed by a feature-limited desktop interface in November 2012, a Fire OS app in June 2014, and an app for Windows 10 in October 2016. The app allows users to upload media that can be edited with filters and organized by hashtags and geographical tagging. Posts can be shared publicly or with pre-approved followers. Users can browse other users' content by tags and locations and view trending content. Users can like photos and follow other users to add their content to a feed, a function that seems to be discontinued as of September 2020. Instagram was originally distinguished by only allowing content to be framed in a square (1:1) aspect ratio with 640 pixels to match the display width of the iPhone at the time. In 2015, these restrictions were eased with an increase to 1080 pixels. The service also added messaging features, the ability to include multiple images or videos in a single post, and a Stories feature—similar to its main opposition Snapchat—which allows users to post photos and videos to a sequential feed, with each post accessible by others for 24 hours each. As of January 2019, the Stories feature is used by 500 million users daily.After its launch in 2010, Instagram rapidly gained popularity, with one million registered users in two months, 10 million in a year, and 1 billion as of June 2018. In April 2012, Facebook acquired the service for approximately US$1 billion in cash and stock. As of October 2015, over 40 billion photos had been uploaded. Although praised for its influence, Instagram has been the subject of criticism, most notably for policy and interface changes, allegations of censorship, and illegal or improper content uploaded by users. As of July 2020, the most followed person is footballer Cristiano Ronaldo with over 233 million followers. As of January 14, 2019, the most-liked photo on Instagram is a picture of an egg, posted by the account @world_record_egg, created with the sole purpose of surpassing the previous record of 18 million likes on a Kylie Jenner post. The picture currently has over 54 million likes. Instagram became the 4th most downloaded mobile app of the 2010s.. 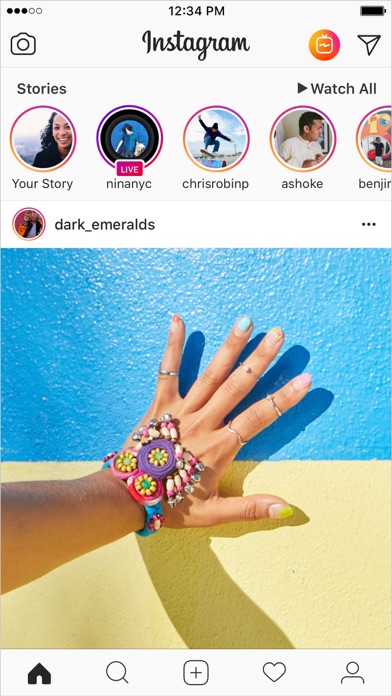 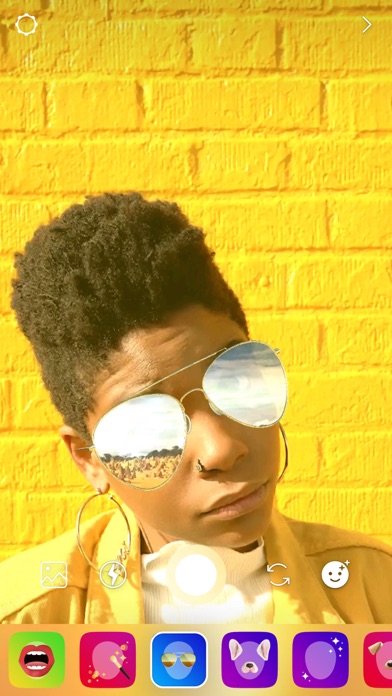 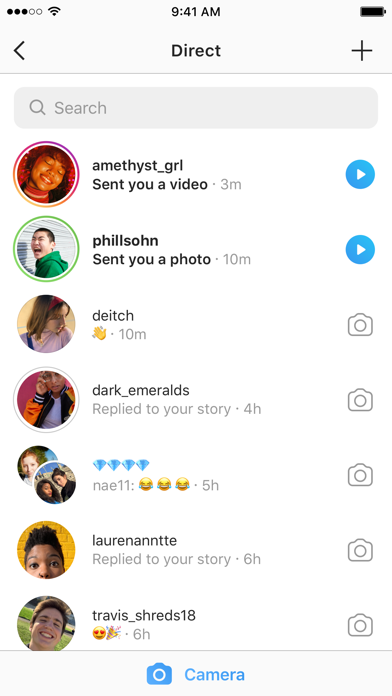 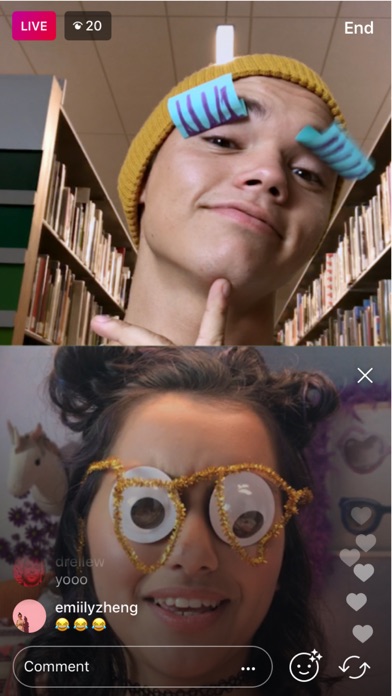 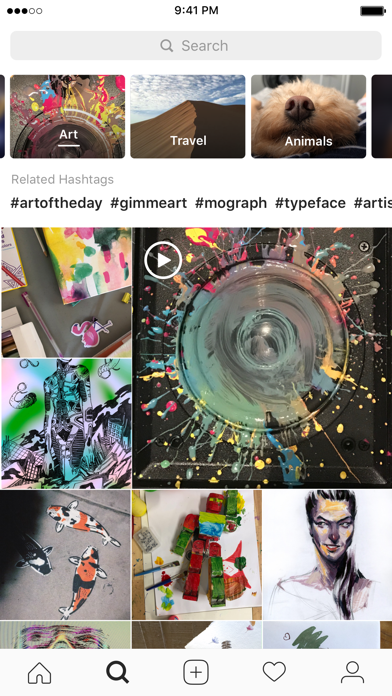 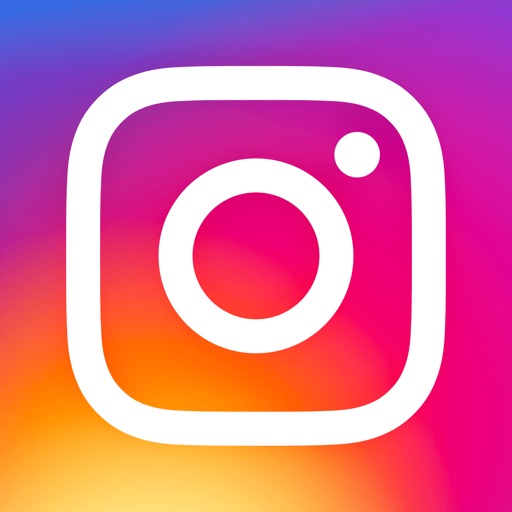