* SEND A MESSAGE -Skip exchanging phone numbers, just send a message. It's seamless across devices.
* CUT DOWN GLARE WITH DARK MODE. Dark mode is a sleek new look that goes easy on the eyes by switching the background from white to black.
* SHOW YOUR REACTION - Add a silly sticker, send a dancing GIF and use emojis to express yourself better.
* SHARE PHOTOS AND VIDEOS - Capture the moment with the Messenger Camera, add a filter or doodle, then send to friends or share to Stories.
* RALLY THE GROUP - Make plans to get together with polls, share your location, split the bill and more.
* HOP ON A CALL OR VIDEO CHAT - Hang out anywhere, anytime by getting on call or a group video** chat — filters optional :) **Calls are free over Wi-Fi but otherwise standard data charges apply.
* SEND A VOICE MESSAGE - When text just won't cut it, just hit record and send say, sing or shout it out loud.
* SEND MONEY SECURELY AND EASILY (within US, UK and France only) - Send and receive money from friends in the app by adding your debit card or PayPal* account. *PayPal available in the US only.
* SHARE YOUR LOCATION - Suggest a meeting spot or tell friends where you are by sharing your location with just a few taps.
* CHAT WITH BUSINESSES - Easily connect with your favorite businesses to make reservations, get customer support, find deals and more.
* PLAY GAMES WITH FRIENDS - Challenge friends, climb leaderboards, and discover your next gaming obsession.

Do you love Messenger app? Please share and improve it :)

This app is getting updated so many times a year that it implies to be unstable and having security flaws. Software seems to be knitted with a hot needle. The praised feature to connect easier with businesses is for a minority in my opinion. Most people just want to have a chat with family and friends. I would not want Facebook to know about my communication with businesses anyways. Email, even better, secure email, is a far more recommended. There are better options than Facebook regarding some privacy at least

The way it forces itself into our lives, demanding its own separate existence from Facebook, forcing you to get its own separate app, is irritating to say the very least. Not toentioms the stupid notifications like “message your new friend blah blah”. Finally, I think we all know Facebook and it’s digital empire has less than noble intentions, just desiring to harvest our data, so they can analyse and control us like in a dystopian nightmare. You might laugh now but let’s not forget Cambridge analytica which FB was colluding with and the fact they had influenced politics in over 50 countries.

I love Facebook messenger, the dark mode is awesome! I just wish they would add a setting that you can change it so people can’t see when you have opened their messages if you don’t want. Kind of like what iMessage has on iPhones, and what WhatsApp has built in.

I don’t like this new update at all, I like the old features of the last version of messenger. 9 out of 10 times I’ll have to close and reopen the app due to the chats literally being half way off the screen. Sometimes it’ll even say it didn’t send, yet the person I’m taking to is responding to thing thing I had just sent to them.

On an iPad Pro 12 in, running iPad OS 13 the text entry bar is always hidden behind the word suggestion bar!

I’m honestly about to delete Facebook. I started a Facebook game I been getting messages known stop I went on game to turn off allowing messages yet they still tell me every 20 second someone is attacking me it’s filling up my inbox and making me not see important text... honestly bout to use another texting app

The only reason I use this app is to keep in touch with 1 friend from another country. Otherwise I hate this app. I hate the data mining, the fact it sends me a push notification just to tell me it’s my anniversary of adding someone as a friend (even after I selected the option to disable story notifications), and how slow and clunky it is.

I just want to message a company but since the latest update it will not work properly! Worst and most frustrating app I have ever had to use. It has never worked properly

I have Known Sam for years as a barber - Ive had many haircuts over the years. You can rely on him to give a professional haircut and he’s a good bloke. He hasn’t let me down in 30 years.

I've used messenger for years but after involuntary receiving the update today I have become frustrated. Everything good about messenger has been eliminated- EG choosing from photo albums to send photos, sharing location or any use of third party apps, no addition of stickers or location/temp on camera; and it's so basic you'd be doing yourself a favour to download another messaging app. Literally messengers only purpose is to send messages now, even iMessage is more advanced than it. If this doesn't change I know myself and many others will discontinue using this app because this is crazy!!!

Team. How about a Clear Chat option to rid oneself of historical messages? Tedious clicking through messages of entire chat to do so....

Really drains the battery use now!

Spring is a time for rebirth and the fulfilment of new life. 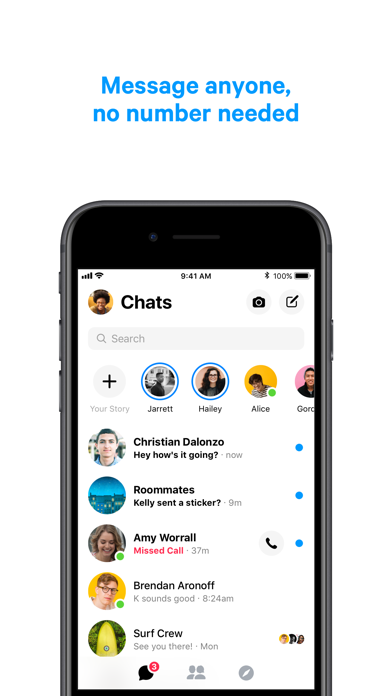 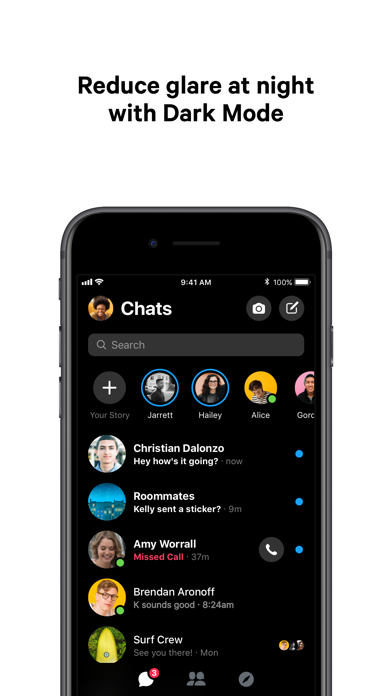 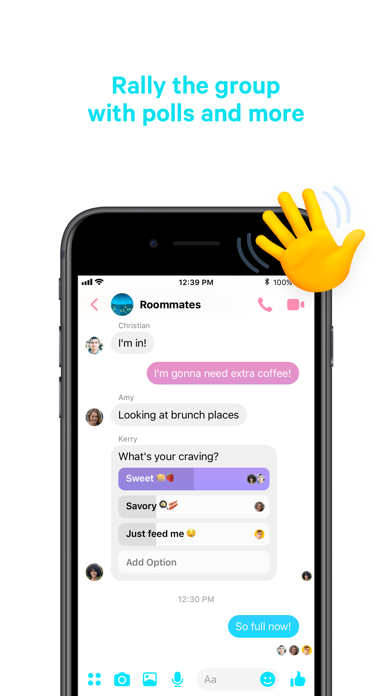 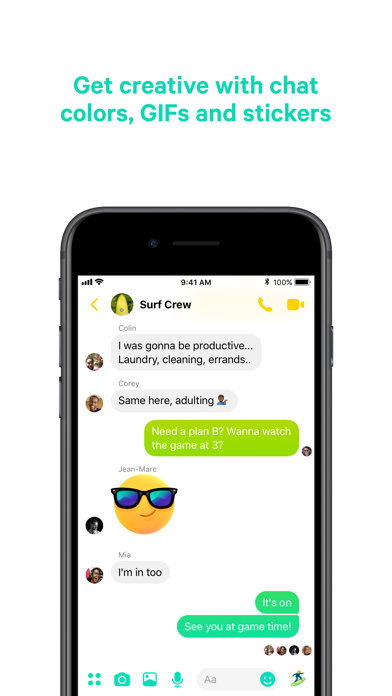 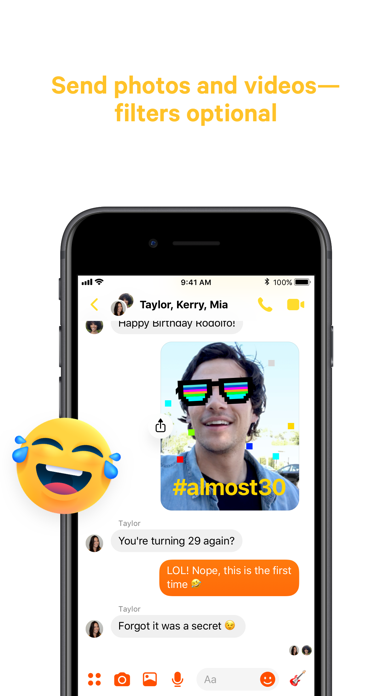 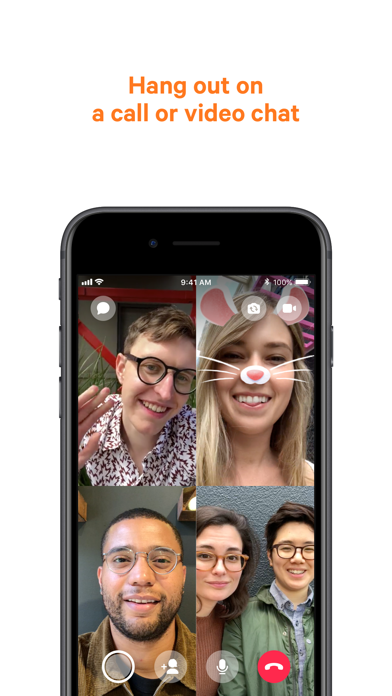 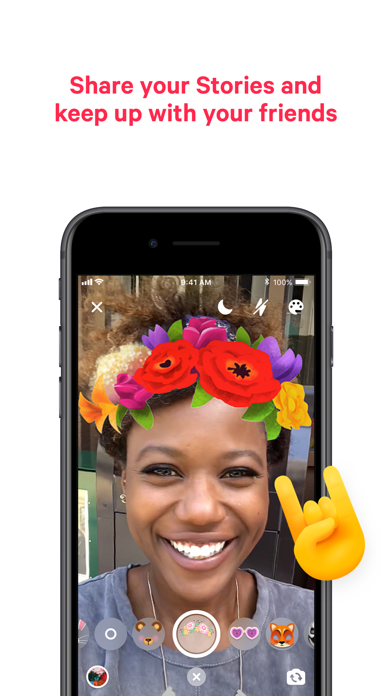 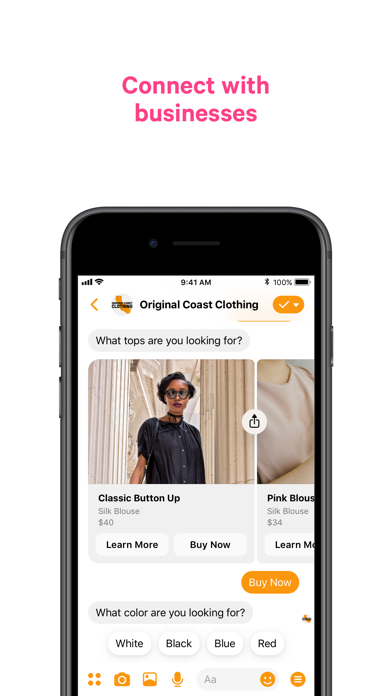 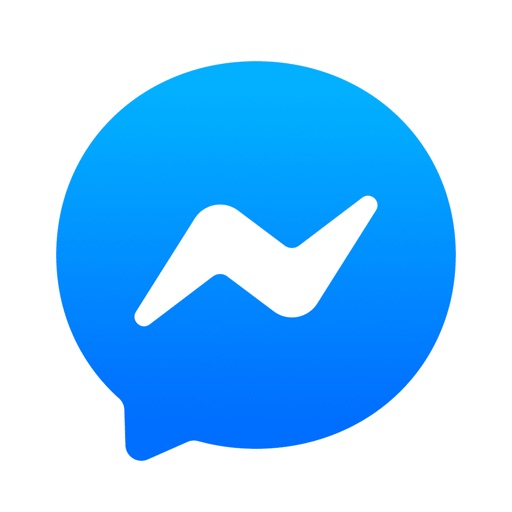