It’s the game The New York Times called a “Sensation,” and Cosmopolitan said “will be the best dollar you’ve spent.” Heads Up! is the fun and hilarious game by Ellen DeGeneres that she plays on the Ellen show, and is one of the best games to play with friends!

Love playing charades games? Heads Up! is just that, a fun twist on charades! From naming celebrities, to singing, to silly accents - guess the word on the card that’s on your head from your friends’ clues before the timer runs out!

Play one of the many exciting categories, including fun game decks like Harry Potter, Friends, and Marvel, or create a category all your own!

How to play Heads Up:
Pick a card deck category - check! One player holds the phone to their glorious forehead like a headband, and 3, 2, 1! Go! Guess the words on the screen as your friends excitedly shout out clues. Got an answer right? Ding! Tilt your head down and keep on ruling this guessing game, you genius! Can’t guess what it is? Don’t stress! Just tilt your head up and skip to a new catch phrase. So get your head on straight, and enjoy one of the best party games!

Cool Game Features:
- A fun game for friends, family game night, or to play with hundreds of players at once!
- Draw a new game card simply by tilting your phone!
- Guess what! You can keep videos of your hilarious game play for your own amusement, or share them right to Facebook
- Like to play games on zoom? Take your Heads Up game online
- Diverse categories let you challenge your smartypants friends and entertain your kids for hours, all from one app!

With 40+themed decks packed to the brim with exciting gameplay cards, the fun will never stop!

Why did Humpty Dumpty have a great fall? To make up for his boring summer. This build reduces app launch time, plus decks in your collection will now auto-sort based on most recently played!

Do you love Heads Up! app? Please share and improve it :)

Used to play this game every couple of weeks but over the last couple of months can’t play it all! Can select the deck but then nothing else happens

I bought this game and saw the 50 best game package and thought it would be good value for money because it looked like it included the Marvel package because one would assume that Marvel would be in the top 50. However it’s not you have to pay an additional £9.99. I paid £19.99 - apparently half price for the top 50 so I am very annoyed and refuse to pay another £9.99 for the Marvel package. If it was clear I would have only bought the marvel add on. If you if your company was honest you would list what was included in the top 50 so that one could clearly see what you were getting however it appears to me that you deliberately do not show individually what is included in the top 50 so that people assume they’ll get in more then what is available. I Understand this is how companies market these days but I don’t see why you should be dishonest and trick people into parting with their money. if you have a great product people will buy it anyway. I don’t understand why famous people want to associate in their names with these types of sharp practices. It is an enjoyable game but there aren’t that many different answers in a lot of the packages and they start recycling after a few turns. I’m giving it 3 stars overall - would have been 5 if not for the issues above.

Payed 99p for nothing! I go to play the games and they don’t work

App keeps freezing on times up.

New update has it so I can’t play it anymore. Please fix this

I can open decks put can’t play them. Really disappointed.

Just bought a lot of new decks. Worked fine for a while but now when we select a deck and click play it freezes up. Ruined a birthday party! Please fix!

This won’t load the game it just freezes once I say PLAY!

Heads Up hasn’t work since Christmas, almost a month ago. Always freezes when you pick a deck to play. I’ve deleted the app and redownloaded it multiple times, still doesn’t work.

This game literally never works, you pay for it only to pay for more games that have no idea when you’ve tilted up or down and when you “place on forehead” it has no idea when you do. DO NOT BUY.

I’ve had this free game on my phone for a year and had many a great night playing it. I recently opened to play with a group and it automatically charged me $46.99. I was not happy at all as I wouldn’t be playing it if it cost that amount. I was happy with the free version

When I try to open certain decks, it just glitches and takes me back to my home screen. It’s really frustrating as I can’t play these decks

Can’t even play it :( waste of money

When i press play, it s turned off automatically ?

Men in general judge more from appearances than from reality. All men have eyes, but few have the gift of penetration.

Heads up may refer to:. 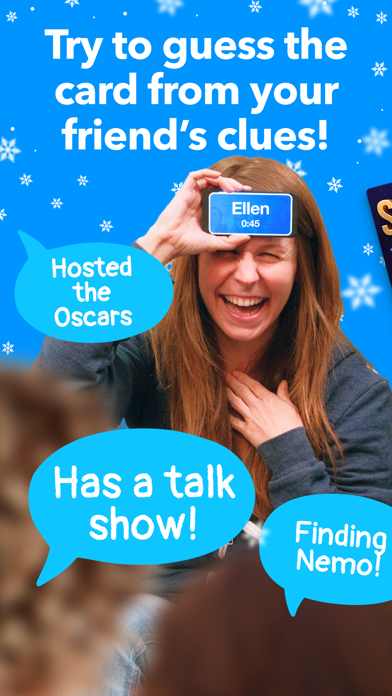 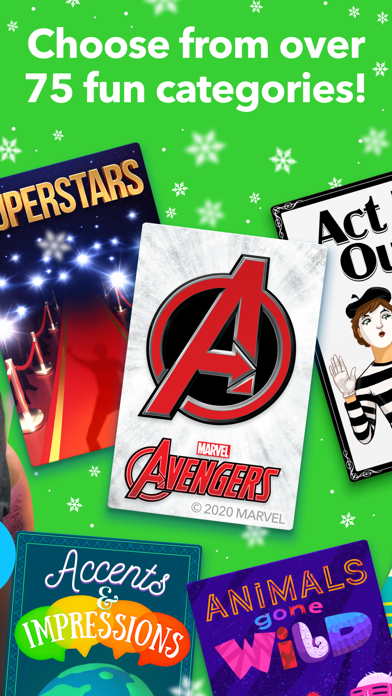 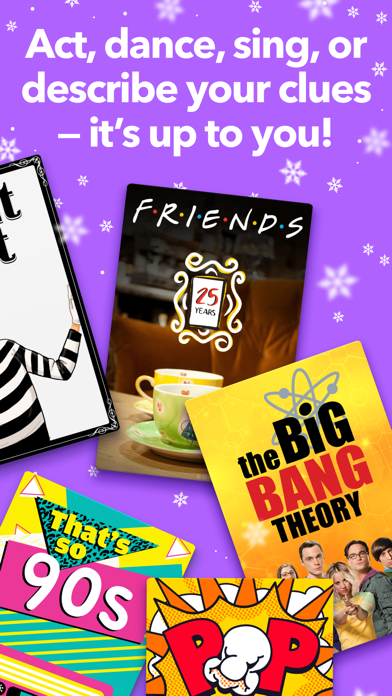 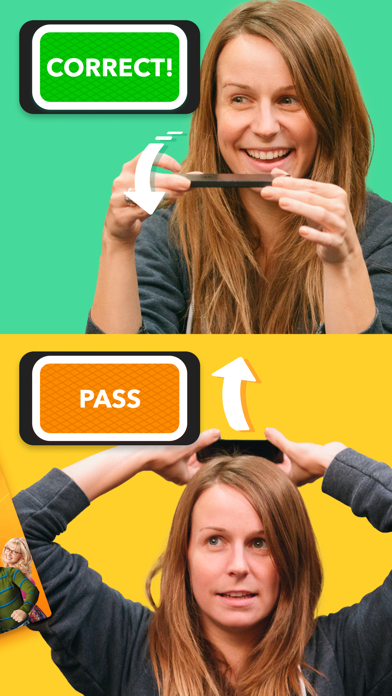 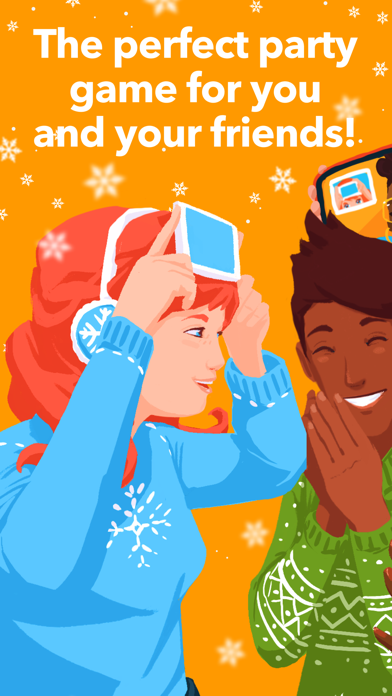 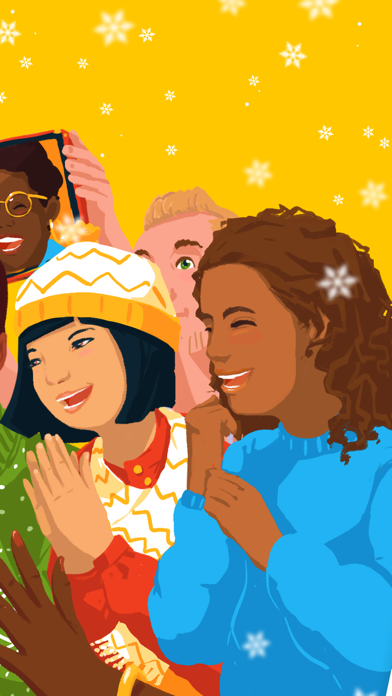 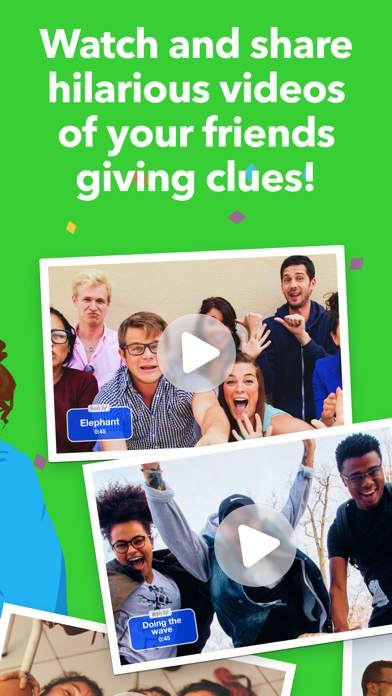 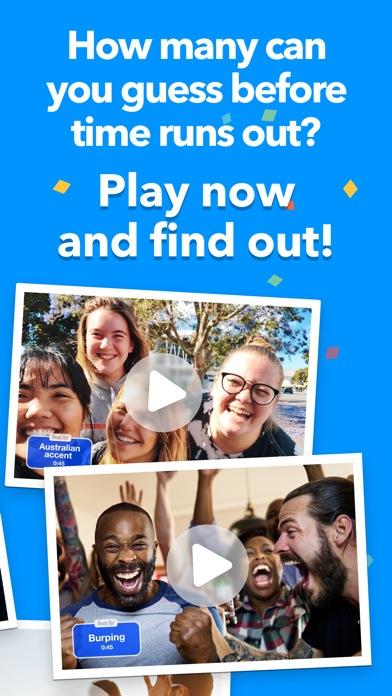 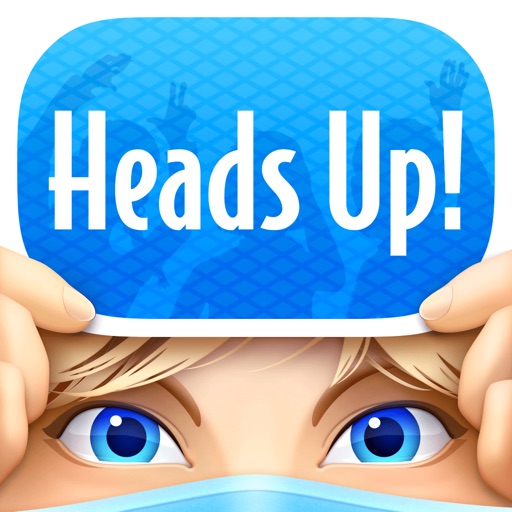