Jump and fly your way through danger in this rhythm-based action platformer!

"Geometry Dash provides all of the challenge expected from an “impossible” game while also making it more accessible to newcomers."
- 148Apps

"Geometry Dash is a fast-paced platformer that will leave you screaming in frustration, but you’ll keep coming back for more."
- AppAdvice

Prepare for a near impossible challenge in the world of Geometry Dash. Push your skills to the limit as you jump, fly and flip your way through dangerous passages and spiky obstacles.

Simple one touch game play with lots of levels that will keep you entertained for hours!

Game Features
• Rhythm-based Action Platforming!
• Lots of levels with unique soundtracks!
• Build and share your own levels using the level editor!
• Unlock new icons and colors to customize your character!
• Fly rockets, flip gravity and much more!
• Use practice mode to sharpen your skills!
• Game Center achievements with rewards!
• Challenge yourself with the near impossible!

Update 2.1.1 is here! This update will function like a smaller "pre-update" before Update 2.2. Lots of fun stuff planned :) - iPhone X support! - New icons and effects! - New community shop! - Weekly Demon challenge! - Folders and level sorting! - New demon chests! - Level leaderboards! - Random other fun stuff. - Lots of bugfixes and tweaks. - There was an item duplication bug in version 2.1 that gave users extra rewards. This has been fixed in 2.11 and those rewards have been removed. So if you lose shards/diamonds etc after loading 2.11 its because they were bugged. Sorry :/ /RubRub

Do you love Geometry Dash app? Please share and improve it :)

I have really enjoyed playing geometry dash. There is barely any lag no ads and or crashes. One hell of a game

What an amazing game. Packed with levels for everyone

Great game! But I can’t post my levels! Must be some glitch pls fix!

Good I guess Would recommend but there’s 2 problems , Levels that are harder then they look like time machine club step or clutterfunk and the editor is broken on the editor ahoy cant delete. please release something like 2.12 Thank you Have a good day :D

It would actually be great if you could open the game but it just keeps crashing every time I open it. Rob top, are you no longer supporting mobile?

There are players swearing and saying inappropriate jokes in the comments. The word sh*t is unfiltered, and you’re allowed to use it as title in a level and comments. There are some racist players found making levels spreading there hate towards others, and it takes forever for them to get banned. The editor can allow players to make and design anything they want that also includes pornographic imagery. Some players have inappropriate usernames. It’s kinda like a video game mixed with social media. The thing is that the creator is doing a bad job trying to ban all these types of users and prevent all of these things from happening. I would recommend this game to be +12

I’ve had this game for around 5 years. And it is still exiting, and I can’t wait for the next challenge to come my way. The only “con” I found was a few glitches. I also have a idea that could really help. The ability to remove emails or passwords in order to make new ones. Also when is 2.2 coming out? Where all waiting 😄. Thank you for making this awesome game and continue the good work. Make sure to not let the game die!

I love this game and I’ve played it for almost 6 months now! I can now easily do some hard levels! But there is one glitch ): if I exit the app and go back in again, the music doesn’t play until I reload the app. Do you know how to fix this???

Very good game, i always keep coming back to it, excited for 2.2

When I try to save it always says: failed, try again later! And I lost my account but I had only 1000 stars and that’s good but I like the game I am playing for 2 years and I really like this game!

For every failure, there's an alternative course of action. You just have to find it. When you come to a roadblock, take a detour.

Geometry Dash is a video game developed by Sweden-based developer Robert Topala. The main game, simply known as Geometry Dash, is a rhythm-based platforming game which currently has 21 official levels and a level creation system with more than 60 million online levels made by players. Each of the official levels feature unique background music. Other features include showcases of user-generated content including custom levels, a daily and weekly selection of those levels, online leaderboards, customizable player icons and multiple game modes.. 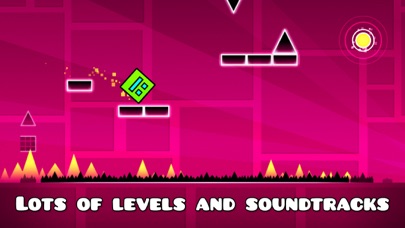 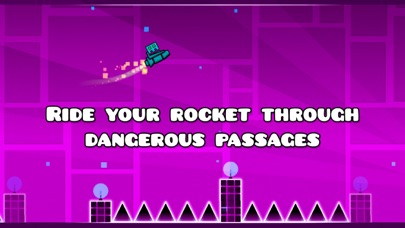 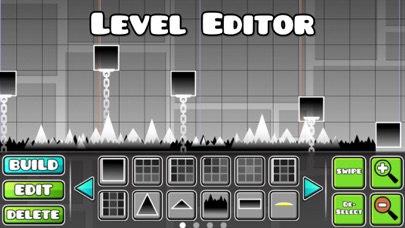 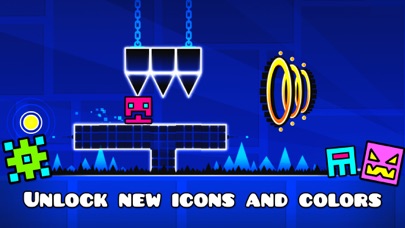 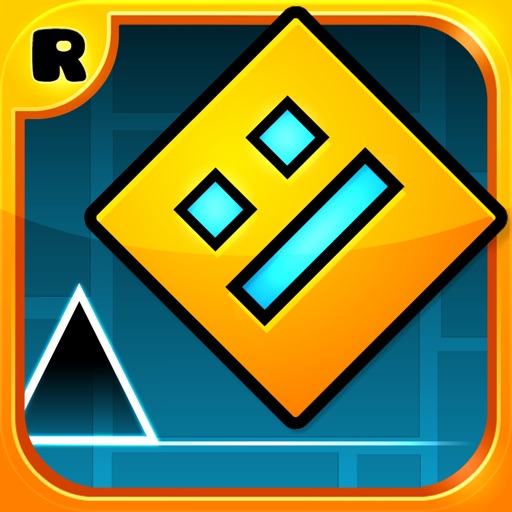