Do you love Pod Save America podcast? Please share and improve it :)

Thanks to all of you for your brilliance insight compassion and humor. I look forward to every podcast and hope to see you in person someday!come to Tucson!!

Not only do they report on alternative facts just to make the president look bad, but anything Trump does wether it’s good or bad is talked badly by these people. Worst political podcast ever. Extremely biased and disgusting

All Talker No Rocker

Did you guys happen to notice Old Joes lies about never ever wanting to cut entitlements or the accusation that Bernie had 9 super pax’s that he couldn’t make one of? Or were you just going to ignore it?

Would love to see a podcast added to your roster about Canadian politics. As a Canadian I listen to you guys regularly and haven’t been able to find a Canadian version that holds my interest and helps my understanding as well as you guys do. Keep it up !

Your podcast is highly informative and relevant - necessary, in these « difficult times ». Thanks for your insights!

I used to enjoy but then once the primary coverage started I realized how biased they were. They use the same talking points as people from (msmbc) and are truly a representation of establishment B.S. they are three boring people of literal skills but they knew the right people, and now they do a podcast we’re they manage to always effectively say nothing and make millions.

These guys sound like middle school gossip girls. No attempt at truth.

Whether you like them or not, they speak facts and give you the latest on issues as seen by someone who has worked in the white house alongside president Obama.

This show and the others in the crooked media empire give me so much more hope in the trump era than anything since that awful event. The fact that people of my generation and younger are so smart and good and taking up the mantle of the media and politics gives me hope. I’m truly grateful for these guys.

Huge congratulations on your new book! Please, share the name of your book with greater frequency whilst mentioning it in the pod.

On Mondays and Thursdays I have to arrange what time I have to go to the gym at so I can listen to the podcast right as it comes out.

These guys have a veneer of concern, but they can't see past their own neo-liberalism to understand they they are part of the problem with American politics. At first I used to like them, but after a few months I realised they actually have nothing to offer, other than get out the vote campaigns for mainstream Democrats.

These guys will fill you in on everything the Deep State and big business wants you to know. We need more wars. Open borders and healthcare. Yeah right you aren’t getting any damn healthcare you lefty morons that moneys going straight to the war chest. Gotta take out Iran, Syria. We have to kill more kids in Yemen. No healthcare for you or your pet illegals. This show is cancer for your brain. Take a good look at yourselves lefties, look at the cities you kill and the homeless and rot you create.

Love this podcast listen religiously although not in that evangelical way 😇. I have learned so much about politics from these guys and it gives me comfort that there are good guys out there informing people. They’re funny too so bonus .

During WWII, it was really Chuck Norris we dropped on Hiroshima.

This podcast could be sooooo much better. The first half— discussing politics, is fantastic. The “chat” at the end is usually pretty boring. Either do one or the other! but the worst part is their lame AF improvised riffing and jokes during the advertisements. You’re not comedians!

This podcast is shrill, apocalyptic and unapologetically one sided. In short - it is exactly what it purports to be. Liberally scattered with bad language, catastrophic descriptions of policies that simply replicate the consensus of 10 years past and allegations of all kinds of bad faith directed at those of a different (or even similar) political colour.

I'm Australian and this has me hooked to the freak show that is the Trump-train. This is a funny, informative, and highly partisan podcast with access to all the important Washington dems. Listen to it at your peril (or as a combat to your ignorance) Trump voters and Fox News watchers!

Moron’s worshiping in the cult of Clinton at the alter of Obama. GB

As a Brit living in the UK I first came across this pod soon after its inception. I could not believe that the US elected Trump, this on the backend of Brexit made for a very bad year. Like all car crashes there is a morbid curiosity and listening to this pod certainly feeds it. The guys on the pod are fairly forensic in their analysis of the Trump administration. As a Brit I understand most of it and would recommend it to anyone who wants to hear a critique of Trump. Still undecided which country is more screwed - UK or USA? GB

The shortest answer is doing.

Pod or POD may refer to:. 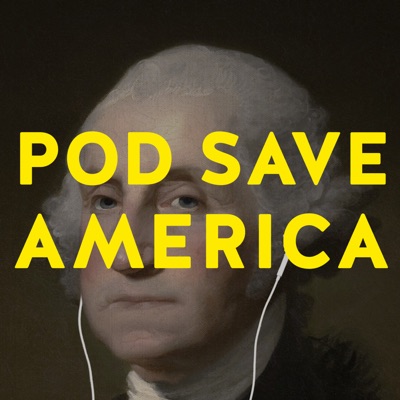