Do you love Dirty John podcast? Please share and improve it :)

Couldnt even help myself. Highly recommended from many friends, totally spot on amazing. Story is captivating, narration and writing was on point, the women of the story are so dynamic, brave and strong. Thank you for sharing! I especially loved the live finale. A total must for true crime fanatics.

It was great much better than the Netflix serie!

This dude was nuts. The woman wasn’t much better for putting up with it. Regardless of age, the signs were there. Interested in watching this on Netflix as many are commenting. History will always repeat itself!

Good story overall but OMG Debra and her mother make me embarrassed to be a woman. They just made me want to slap them. Good luck to the daughters growing past their examples.

I pretty much listened to this podcast all the way through! I’ll say though that Debra Newell’s Mom is someone who’ll anger you- she is naive to the point of delusional and has the surprising habit of taking the sides of both her daughters’ abusive husbands, even going as far as saying she loves them- they are such swell guys! I hope Arlene pays for her crimes against her own daughters! Of course, barely mentions the impact the abuse had on her daughters and her grandkids. Little wonder that Debra, for all her intelligence & success as a businesswoman, throws her kids under the bus in order to be with her obviously manipulative & criminal man! Her mother did the same to her and her sister, of course.

Season 1 was absolutely insane and the reporter had an easy voice to listen too. I can’t wait for more updates!! Season 2 was boring but okay. Season 3 was awesome!! The reporter had first hand accounts and was easy to listen too. Season 4 is interesting but the reporter has an irritating voice, it’s just sooo slow! It’s like he is trying to tell a scary story at a fire, just talk normal!!

I couldn’t make it past episode 4 I think. The lady in the story was clearly not smart, but the narrative didn’t make this podcast any better. It got a little painful to continue listening.

I literally cheered out loud at the final episode!! I hated Tara and her annoying up-speak throughout the podcast... now I love her!!

Dirty John is nearly perfect. I can say with the utmost confidence that it’s worth a listen. I wouldn’t say it’s a podcast to be binged in an afternoon, but it’s a podcast to be listened to over a week. I’d advise you to take in an episode to spice up your morning commute, to wind down your day, or maybe even stick in those headphones to take in an episode while you whip up supper. I say it should be taken in over time because it should be savored. Don’t pig out all at once like it’s a bag of chips. It’s those expensive crackers you buy to treat yourself and indulge in over a longer period of time because you know it’s going to be awhile before you get those delicious crackers again. Here’s what you need to know about Dirty John: - It’s a six-part series that was released in its entirety between Oct. 1 and Oct. 7. - It’s written and recorded by Los Angeles Times journalist Christopher Goffard. Goffard’s voice reminds me of a tough 1950s cop who would enter a poorly lit interrogation room, silently light a cigarette, coldly look at the perp from under his brow and say, “well, well, well, what do we have here?” His voice pairs perfectly with Dirty John’s story. Because I’m reviewing the whole series, I’ll give you a total overview. Of course, I’ll try my best to avoid spoilers, largely because I think a piece this masterful deserves a genuine first-hand listening experience. The podcast is about a man named John (surprise) who woos a woman in her mid-fifties named Deb. Deb is sweet and kind, but woefully naïve. She falls head over heels for John and marries him much too soon. Her daughters don’t trust John and desperately try to reveal John’s true character. The series looks into John’s dark past and reveals he has a long history of conning women for their money. Without saying anything explicitly, John gets what’s coming to him. Over the course of the podcast, Goffard interviews the people in the story to near perfection. If I had one critique of his interview style, it’s that I want to hear more from him. I understand the story isn’t about the journalist, but I think hearing more back-and-forth between him and the interviewee would help the podcast feel more like a documentary and less like a news article. A more conversational interview style would have helped me visualize better, but that’s just a personal preference. A perk of the podcast is that there are no advertising interruptions. There are advertisers, but they are merely listed as sponsors in each episode’s description. Goffard never alludes to any advertising other than regularly encouraging the listeners to read and subscribe to the Los Angeles Times. The advertisers listed in the episode notes include: • Hunt A Killer – basically an escape room puzzle that’s delivered to your door on a monthly subscription • ZipRecruiter – an online service that pairs companies with potential employees • Audible – an online library of audiobooks • Casper – a mattress you can order to your door • HBO Documentary Films – the ad focused on the premier of Spielberg, a documentary on the career of Steven Spielberg Overall, I think these advertisers are well suited to Dirty John. Hunt A Killer seems particularly well suited because the podcast is a crime-mystery series, similar to a solvable puzzle. The other advertisers are ones that often pop up on podcasts. They don’t come as a surprise. I can’t say enough good things about Dirty John. It’s an easy 5/5 stars from me.

Trying to get past the dimness, vanity, and ignorance of the women in this family (how do you work in healthcare and not know an anesthesiologist is a doctor, not a nurse?), the writers just didn't delve into the really interesting parts of the case at all. Really low on the list of true crime podcast out there. Save your valuable listening time for something better-there's no shortage out there.

It is still shocking to believe that this story was based on real events. The interviews with each of the family members made it so much more engaging and impactful. You really get a better understanding about how everything unfolded from the very beginning when John entered their lives. The story flowed incredibly well and the narration was clear and easy to follow. First podcast I have ever listened too and I am not disappointed!

One of my very favorite of all podcasts! Brilliant job! Love the voices

Fantastic podcast. Shocking, couldn’t wait to listen to next episode

The podcast is brilliant. Incredibly gripping, once you start listening you can’t stop but the ads are annoying. Yeah you can fast forward to avoid them but still ads, argh.

I thoroughly enjoyed this compelling podcast and was on the edge of my seat with every episode. Even more amazing was that it is a true story, with real life interviews. The format and episodes were well put together and beautifully produced.

Laura Biel and her colleagues set out one of the most unbelievable but true stories of modern day medicine. The Neurosurgeon who really should have had it all and should have made a huge difference to the pain and suffering of his patients, committed heinous acts of violence against them. Having been a theatre nurse for many years my jaw dropped so many times listening to this I could scarcely believe what I was listening to. A fascinating and at times unbearably sad story brilliantly told. GB

Good podcast, too many ads though. GB

The world is a book, and those who do not travel read only a page.

Dirt is unclean matter, especially when in contact with a person's clothes, skin or possessions. In such case they are said to become dirty. Common types of dirt include: Dust: a general powder of organic or mineral matter Filth: foul matter such as excrement Grime: a black, ingrained dust such as soot Soil: the mix of clay, sand, and humus which lies on top of bedrock. 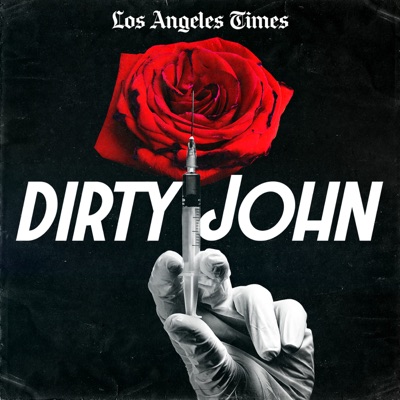