Do you love Dr. Death podcast? Please share and improve it :)

Listened to this in one car ride!! It gave me the chills and definitely was a nail biter.

Good story, told well. Nurses were absolutely awful to listen to in this. Would have been better with less angry nurse interviews.

This was an amazing case, thank god for the tenacity of Dr Kirby and Dr Henderson to push for removal and prosecution of this doctor. Well done Laura Beil

I listen to Crime podcast on the daily AND none of them have disturbed my soul like this, some parts were so terrifying. Its very well put together and thankfully it was made as it let the public know what really happened and created alot of awareness. Many thanks to the 2 brave Doctors mentioned who put in the work to make things right. Will recommended for the strong hearted.

This story is well presented, thank you. I found some of the situations really difficult to listen to- terrifying actually. I would never want to be knocked out and have surgery, and this story made that feeling even stronger.

This podcast is a great listen; however, I must admit that some parts are tough to listen to. It is beyond comprehension that this doctor could maim or kill all these people and he continued to operate. Just pure evil! I also find it incomprehensible that the medical board could not (or would not) stop this doctor. They are supposed to protect us from this monster; yet they stood idly by while Dr Death continued to mangle his patients. Lastly Baylor university should lose it’s charter. First there was the football scandal where Ken Starr did nothing to punish football players who were committing terrible crimes like rape. But then they allow Dr Death to continue to use their facilities despite all the botched operations. Maybe it’s time for the government to investigate Baylor University.

As a lover of true crime this case shook me to my core. Well paced, & extremely well told!

This is a story that everyone that has major surgery should listen to. Not to scare you but instead to inform you. Always get a second and third opinion. Not everyone becomes a doctor with altruistic reasons. Well told and with great interviews. Great podcast.

Loved this podcast! Also love how it helps me justify my perpetual paranoia. Absolutely worth listening to!

I’m only on episode 2 but I had to stop listening at least 3 times. Heart wrenching. Disturbing. But this story needs to be told...

Seriously so good! Started listening today and could not stop. Told everyone I talked to they need to check it out. So captivating!

What a cracker of a podcast,Well written & delivered, it was interesting to me, as a healthcare worker, I kept asking myself ‘why didn’t anyone else on the OT at each surgery say anything”. It could happen anywhere & I am sure if researched it has probably happened here in Australia

I’ve been completely intrigued with this podcast - the information is presented do clearly. Such a fascinating story!

This podcast was riveting, one of the best I’ve heard and it identifies huge problems with hospitals taking responsibility for the surgeons who use their facilities. It’s always about the money.

Series is excellent investigative journalism and great story telling. Shows how the system failed terribly and this was with some people trying to get the guy stopped from killing and maiming people. Also really good that there isn’t too much repetition.

This is so good. Highly recommend.

I hope the system is changed. For as terrible a surgeon as Duntsch was, he was aided and abetted by the people and organisations that could have stopped him. I feel almost sorry for him. This could have been prevented if enough people had cared enough to stop him. Fabulous pod.

Great story, but way too much advertising ruins the flow of the show

An extremely incompetent and arrogant doctor kills or maims several patients; the various bodies supposed to oversee such malpractice are steeped in inertia and hamstrung by their fear of lawsuits - this is a real horror story. While one can hope that cases like these are very rare, even in America, there are insights into “healthcare” in general that make you shudder, and so glad not to be caught up in that system. Chiropractors and even podiatrists go around calling themselves “Doctor”, they all talk about “the office” (rather than “surgery” or “clinic”), everybody seems to want to be a CEO of some rackety medical company, prescriptions or health insurance schemes are treated like tradable bonds, and careers in medicine are talked about as pathways to money making. This podcast sounds as if it’s been well researched, with plenty of interviews as well as some attempt to analyse the psychology of someone whose own ambition and lack of self-awareness render the lives and wellbeing of others so cheap, taking it a cut above many similar podcasts. The “vocal fry” of the journalist gets a bit irritating but, alas, I don’t think there’s an American female in existence any more who can get a sentence out without a growl and a squawk at the end of it! GB

This was quite disturbing and at times it left me shocked! I can not believe this monster was able to get away with all that and he was able to continue for so long. This podcast is brilliant and worth taking the time out to listen to, it really pulls you in and grips you right from the start. Every episode was brilliantly presented. GB

It is one of the blessings of old friends that you can afford to be stupid with them.

Doctor is an academic title that originates from the Latin word of the same spelling and meaning. The word is originally an agentive noun of the Latin verb docēre [dɔˈkeːrɛ] 'to teach'. It has been used as an academic title in Europe since the 13th century, when the first doctorates were awarded at the University of Bologna and the University of Paris. Having become established in European universities, this usage spread around the world. Contracted "Dr" or "Dr.", it is used as a designation for a person who has obtained a doctorate (e.g. PhD). In many parts of the world it is also used by medical practitioners, regardless of whether or not they hold a doctoral-level degree.. 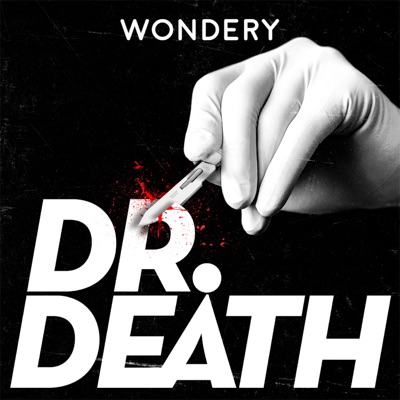