Incoherent know-it-alls who think the world revolves around them loudly make the case that only the like-minded are “Real” Americans. Recommended if you have a chip on your shoulder.

Love the new intro music! Is it Graham and Jake playing?? Also, sad that Ellisa won’t be on as much but love your show so much!! Thanks for being real!!

Great to listen to each episode funny and interesting

Just a bad podcast with truly bad arguments. Offering nothing of substance. Using gods name in vain to argue about his backwards political views. This is horrible representation of Americans and the states.

Didnt think i enjoyed this show as much as i did until it wasnt pumping out any new episodes! Everyday id look with crossed fingers hoping they recorder a new episode. Now that theyre back i dont want them to leave again #punchcoronaintheface

Love Graham Allen! He calls out the ridiculousness of the MSM. He is a veteran. He supports our constitutional rights. Stands firm in his beliefs and does not bow down under pressure. It makes him stronger. He give the facts, with research to back it up. Keep doing your thing! Dear America. Thank you for your service!

there is no such thing as mud-slides, Chuck Norris just had some indigestion from last nights bean burrito.

...so wanted to like this pod. But I don’t. There’s too much chitchat, silly chat, pointless chat and Alicia (spelling?) constantly interrupts, agrees with everything, laughs at everything and generally is irritating. Graham (when he finally gets going) talks and engages with passion and is robust in his beliefs (great to hear) but wifey adds nothing (except perhaps a visual on You Tube?). As a point to my disappointment, check out the Dan Crenshaw ep - why on earth do you have a sitting congressman with Dans background and present position guest, and yet not ask a single intelligible question, but instead giggle and titter at random nonsense. Anyway, I won’t be subscribing. Ben Shapiro’s pod is better. GB

I love watching Graham and his group. They discuss current topics and aren’t afraid to tell it like it is. I’m an American living in Scotland and it is beyond wonderful hearing the sane side. The news outlets here are total liberal and spread nothing but lies and propaganda which of course the UK believe. They always get shocked when I say how it really is. Thanks for keeping it real. ❤️Christina GB

I absolutely love the Dear America Podcast. I stumbled across one of Graham Allen’s rant nation videos on Facebook sometime ago, and as I listened to this guy passionately expressing his views and beliefs and back them up with facts stats and evidence, I realised that here was a man who wasn’t afraid to stand up and be the voice for the majority of people who have been too afraid to speak out for fear of being labelled racist, fascists, white suprematist, to name a few of the little sound bytes that has become the doctrine that we are supposedly meant to follow. So it made sense to tap into the Dear America Podcast. Now, I’m British born and bred and live and work in Britain, so some might say I have no business listening to a American based podcast, and while many of the topics discussed centre around America politics and internal issues concerning Americans, the feelings that many people have towards these things can be reflected in Britain’s current political climate. But I also have to say this. Prior to tuning in to the Dear America podcast, I had fallen foul of the media rhetoric towards Donald Trump as well as blindly following other people’s opinions regarding the 2nd amendment, since listening to Graham, Elissa (hope I have spelt that right) and Jake, I have done a complete 180 on my thoughts on both Mr Trump and the 2nd amendment, I now make it a point of pride to educate myself on things rather then swallow a bias media rhetoric. In fact, I have been so inspired by what Graham, Elissa and Jake are doing that I have discussed with my wife the possibility of and researching into doing a similar kind of podcast here in the U.K. because I know that there are people out there who feel just as passionately about things that are happening, but find they don’t have a platform or a mouth piece brave enough to step away from the “norm” and tell it like it is. Keep up the great work Graham, Elissa (I’m so sorry if this is spelt wrong) and Jake and I’ll see y’all next time. GB

Graham and Graeme may refer to:. 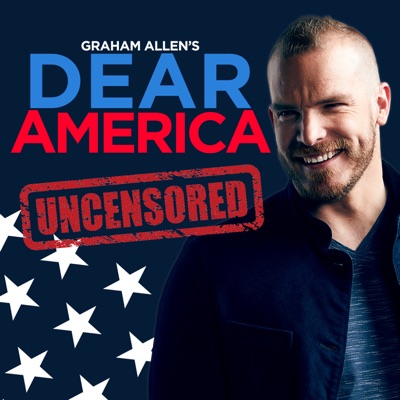