Do you love Gangster Capitalism podcast? Please share and improve it :)

Both season 1 and 2 are extremely well done and interesting. I finished season 2 a few days before the NY AG announced the lawsuit to dissolve the NRA. Timely. Highly recommended.

Way to be ahead of it! Nice work.

Great podcast! Gives great insight into the corruption of NRA execs and how it will affect the org going forward. Interviews with former NRA employees and other lobbyists and people who worked with Wayne Lapierre.

Interesting, well researched, balanced journalism. This is not about the gun debate but rather the political perversion of the debate and abuses that followed.

It’s hard, I’m sure, not to let a podcast about the NRA devolve into a debate about gun rights/reform. This podcast manages to toe the line with its thorough analysis and visual storytelling of the incestuous relationships between NRA execs and it’s PR and law firm. The only complaint is that the podcast was missing a crucial bit of info... what happened to it’s relationship with Russia and Maria Butina!

Too much agenda. Don’t waste your time.

The expose on the greed and corruption of the NRA (as the organization crumbles before our eyes) is as vital and timely a podcast documentary as you will ever find. There is no justice possible to equal the loss our nation has suffered from their misdeeds— I think of every dead kid, suicide, and shattered family left in the wake of their terrible destructive force. Hearing about their deepening current crisis has been like sipping on a sweet nectar every Wednesday for the past two months. Thanks to all involved in this project!

We need more of this: researched coherently presented investigative journalism.

This podcast offered a great insight in to the NRA and the links of influence it has. Can I offer a theory to investigate. At our last election in Australia there was a massive amount of online advertising against our gun laws. And a targeted campaign against our laws to loosen them. I believe this is tied to the NRA and the greatest threat to their philosophy is Australian gun laws. I believe they were trying to influence our elections for their benefit.

Fascinating podcast. Episode 2 was particularly powerful. I feel for the hardworking kids who missed out on places because of parents cheating.

Really enjoying this podcast as a whole but Ep 2 opened my eyes to issues that I never would have seen underlying this scandal. Implications are horrifying. No spoilers here but everyone should listen! GB

Well done and puts so much into perspective. Makes you really think about the culture and your own situations as well. GB

Devastating podcast - the last two episodes in particular with the testimonies of the black mother at the start of the sixth episode and of the star student who couldn’t go to college because he couldn’t afford to pay for it despite his grades. I found his statement very damning - that in America you are better off being rich and incompetent than poor and capable. We can no longer speak of the American Dream or that American society is a meritocracy. Very timely in a country run by an incompetent billionaire who inherited his billions, for billionaires. GB

To study and not think is a waste. To think and not study is dangerous.

A gangster is a criminal who is a member of a gang. Some gangs are considered to be part of organized crime. Gangsters are also called mobsters, a term derived from mob and the suffix -ster. Gangs provide a level of organization and resources that support much larger and more complex criminal transactions than an individual criminal could achieve. Gangsters have been active for many years in countries around the world. Gangsters are the subject of many novels, films, and video games.. 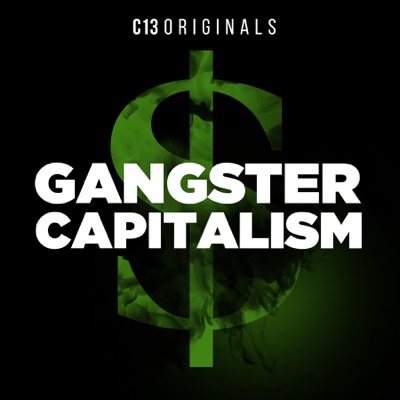