Do you love The Charlie Kirk Show podcast? Please share and improve it :)

The Charlie Kirk show is my favorite podcast!! Charlie has so much good information and has fantastic way of analyzing politics and our culture. Highly highly recommend this podcast and ignore the leftist clowns writing reviews who obviously are not smart enough to understand Kirk.

On so many other things, I read bad reviews to see if the product I wish to procure is of any value, but with this podcast, I see the bad reviews and I wish to ask them where their evidence is! I am thankful for the wealth of evidence that Charlie provides with his statements. I have not seen a bad review that made it past one sentence. It’s sad that those people won’t understand the truth. Keep up the good work, Charlie!! #makeus #weareAMERICA

Brilliant! So young so talented!

This is a stream of lies, one after the next. Pushing debunked conspiracy theories to their sheeple audience.

What an incredible man of God spreading TRUTH! Thank you Charlie for all that you do! So proud of you and the passion and love you have for the country! Keep up the amazing work! We have your back and will support you every step of the way! God bless you!

Appreciate the discipline that Charlie Kirk has developed and his honest, godly podcast. I have learned a lot about the American culture and what is good to look for in politicians.

Thanks for the Richard Barris interview. Your correct interpretation of the establishment’s polling data narrative was so helpful. Telling friends about Barris’s election night narrative has brought so much hope. Thanks again. This interview will be shared!

Thank You For The Truth! God Bless America!! 🇺🇸🇺🇸🇺🇸🇺🇸💯 By The by, WHERE IS BILL BAR? LALIBERTY

I Listen To This Show Every Time I See That This Show Has A New Episode. I Know I’m Getting The Real News Here That A Lot Of Sources Don’t Tell People. I’m Legally Blind And I Can See The Crap That Is Going On This Show Just Confirms What I See.

I live in Canada and wish there was someone here fighting for freedom like Charlie Kirk. He gets everyone fired up to fight in the arena of ideas. It’s great!

Nothing HAPPENED AT WEST POINT WITH ANY POC OR GENDER INDIVIDUAL

1) Charlie was never a Trump Supporter. Look at the video title “Charlie Kirk as a Never Supporter” where in 2016 he criticized Trump for bashing women for having abortions. Isn’t Charlie the guy that advocates for the same behaviour? 2) Owen Shroyer Kicked out of CPAC for freedom of speech. Are you kidding me? Why didn’t you do anything or mention this? I agree with his political views, but it’s quite ironic that in 2016 he criticized trump for the beliefs that he has right now. In addition, limiting free speech to other conservatives because they are labelled “radicals” by the left is not productive at all. You lost me and hundreds of subscribers

Listening to Charlie fills me with patriotism for the US and my country of Australia 💪🏼 Keep fighting for democracy, westernised societies need more people like you!

Another soldier we need right now for democracy

Very articulate, well informed. Love these podcasts. Look forward to new ones every day. Charlie is passionate, courageous and patriotic.

You have summed up what is happening to America and the entire free world. I am deeply concerned about the erosion of our freedom and where we are heading. If America falls we all fall. If more people had a backbone and weren’t scared to stand up for the truth instead of giving in and taking the path of least resistance we wouldn’t be where we are. My grandfather was killed in WWII and my father served in WWII. I am thankful they are not here to witness this breakdown in society. Keep doing what you do. It matters. All the best, Love from New Zealand.

Another Con Inc. loser Get GROYPED

This guys an absolute bell end. None of his thoughts are full thought through, he doesn’t see two sides to an argument, and he just spills out nonsensical information. I thought we were better than this.

Charlie manages to go against the modern “shouting match” that is political “debate”. He respectfully and eloquently argues for conservatism and more importantly doesn’t aggressively hound those who have different ideas GB

Not only Charlie is a great podcast host, you will learn a lot from him and his guests. I sometimes take notes! He is a great example that you don’t need to go to College to be highly educated and have great wisdom. GB

This is Not Conservatism, this is Free market ‘L’iberalism. Terrible takes on 90% of subjects. I have heard 3 episodes and admit a guest or two was interesting but this charlie kid has No idea. My advice to him would be to ask the Great Patrick Buchanan for some tips. GB

The harder you fall, the higher you bounce. 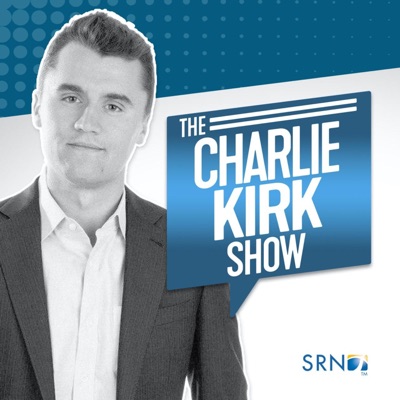