Do you love White Lies podcast? Please share and improve it :)

Thank from the bottom of my heart for taking the time to research and tell this story. Life changing!

Incredible storytelling. And healing for me as a white person to grow in understanding the way time is layered into this moment. I already admired Rev. Reeb as one of the white heroes of the movement, but this whole thing took that deeper, made him real, and asked potent questions about how we relate to each other and the past in us and between us and our ancestors. Well done and thank you.

If you like investigative journalism podcasts this is for you.

Excellent. Also brings perspective to current problems around race and how little has been learned.

As a white, 63 year old woman (and attorney) who has walked the streets of Selma, stood on that bridge and actually represented clients in that courthouse, I am awed by this podcast. These two young men have done an amazing job. I will now be a contributor to public television. I think this should be required listening in schools all over America. With discussion and essays afterwards.

All y’all are doing is keeping the hate hate alive

Love the premise, like the production of the podcast, hosts speak well, but I feel like a lot of this podcast is a waste of time. A lot of filler in the episodes, some episodes that could be cut entirely. I get it, it’s a old case and hard to find a lot of relevant information that could make a multi-episode podcast, but maybe then make it part of a bigger series including multiple cases? I found myself skipping some episodes entirely after listening for 5-10 mins and realizing it was a side track from the main story.

Just got better and better. Last episodes were incredible. Thank goodness that there is room for some reconciliation. Such an important story, so great that the truth has finally been told. Lest we forget.

Loved this podcast- so well balanced and thought out - a sad indictment on some sections of society yet positive and seems motivated to bring change, healing and understanding- great job! Encourage everyone to listen and spread the word 🤗

This was a fantastic listen. I particularily loved the intergenerational conversations with those affected by the acts of hate in this one small southern town. They gave me hope.

Chuck Norris once took his pants off in a Thanksgiving Day parade. All the horses wept. Male and female.

It was uncomfortable listening but given the story this is not surprising. Thank you to everyone who had the courage to pursue this story.

As a New Zealander this story starts making sense of current Trump America. It is a land based on lies and racist terrorism and murder. Astounding how a country just can not accept its brutal past. Time for truth to come out.

This is an important, unflinching story, told with care for the granular detail of human experience. Made me think about the power of counter-narratives to skew history and the importance of digging through forgotten boxes and listening to fragile testimony that still has the power to shake out the consoling forgetful lies - the incompetent fairy stories of a nation’s might. Gave me faith that difficult truths are as undeniable as a familiar face through the fog of nativist, supremacist conspiracy-thinking that chokes our own times. GB

It’s difficult to understand how this kind of moronic racism can be be only 50 years ago. Some of the attitudes & views uncovered are reminiscent of 1865 not 1965. Well produced and very interesting although difficult to accept. GB

Imagination is more important than knowledge. For while knowledge defines all we currently know and understand, imagination points to all we might yet discover and create.

White is the lightest color and is achromatic (having no hue). It is the color of fresh snow, chalk and milk, and is the opposite of black. White objects fully reflect and scatter all the visible wavelengths of light. White on television and computer screens is created by a mixture of red, blue and green light. In ancient Egypt and ancient Rome, priestesses wore white as a symbol of purity, and Romans wore a white toga as a symbol of citizenship. In the Middle Ages and Renaissance a white unicorn symbolized chastity, and a white lamb sacrifice and purity. It was the royal color of the kings of France, and of the monarchist movement that opposed the Bolsheviks during the Russian Civil War (1917–1922). Greek and Roman temples were faced with white marble, and beginning in the 18th century, with the advent of neoclassical architecture, white became the most common color of new churches, capitols and other government buildings, especially in the United States. It was also widely used in 20th century modern architecture as a symbol of modernity and simplicity. According to surveys in Europe and the United States, white is the color most often associated with perfection, the good, honesty, cleanliness, the beginning, the new, neutrality, and exactitude. White is an important color for almost all world religions. The pope, the head of the Roman Catholic Church, has worn white since 1566, as a symbol of purity and sacrifice. In Islam, and in the Shinto religion of Japan, it is worn by pilgrims. In Western cultures and in Japan, white is the most common color for wedding dresses, symbolizing purity and virginity. In many Asian cultures, white is also the color of mourning.. 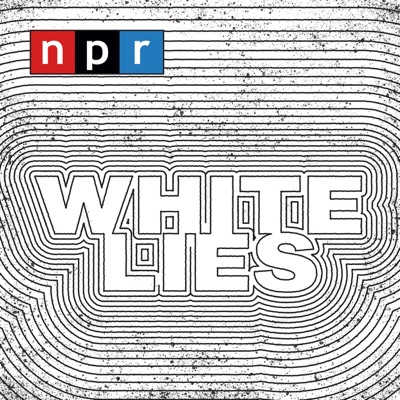