Do you love Man In The Window: The Golden State Killer podcast? Please share and improve it :)

Man In The Window: The Golden State Killer Comments

Man In The Window: The Golden State Killer Reviews

I found the production gripping and compelling, with the music, sound, and interviews contributing well to the tension of the unraveling story. For a fuller and also well done take on the case, listen to Audible’s Evil Has A Name.

How do you manage to make a Golden State Killer podcast boring? The narrator didn’t hold my attention, the interviews didn’t seem to contribute to any kind of narrative flow, the episode breaks seemed arbitrary (there wasn’t some kind of specific new information introduced each episode, they all just felt the same). Maybe I already know too much about this case, and that’s why nothing seems new. But I’ve listened to series on cases that I’m familiar with, and they don’t all feel this bland.

The reporting in this podcast was done with such care and I particularly loved the attention to the psychology & experiences of ALL victims of this horrible killer. It went a step further than many other true crime podcasts do and truly dove into many layers surrounding this case. It gave a voice to many and opened an overlooked conversation addressing the unjust mindset around “rape” and those victimized.

Podcasts aren’t as long as other crime podcasts (that go from 60-90 mins vs the 30-45 mins in this one) and it seems like each episode has like 4 ads in it- if you’re gonna put in so many ads, at least add some content and length to your show.

I just started listening and I really like it, but there are way too many long advertisements. I usually don’t mind ads but this podcast has more than any other podcast I’ve ever listened to

Very much enjoyed this podcast. I have heard about the GS killer for years and remember when he was arrested, but I had never heard all the details. It’s horrifying what this man did. Since listening, I’ve looked up more on this and he’s truly a monster. Pathetic old man now — it’s all an act being wheeled into the courtroom in that wheelchair. Anyway highly recommend this podcast.

Thank you for this! It’s very well done with respect to victims and we hear you!

This podcast is an unthoughtful, sensationalized handling of a story of women being tortured and murdered. The tone is like a dramatic fiction thriller, all-capitalizing on the popularity of ‘true crime’ with little regard for approaching these topics productively or with care. Surely there is a better way to present and talk about such horrific stories of violence against women.

Hooked after the trailer and have sent to all my true crime friends!

After 37 years of policing experiece, this podcast captures many facets of the terror and frustration in dealing with a prolific, serial offender like this. The perspective of the victims is very compelling. Listening to the haunted laments of well-intended law enforcement personnel realizing, in retropsect, that they may have missed opportunities to end the killing spree, is tragic to hear.

I enjoyed the content and story telling in this podcast, however the ads were irritating and too long.

Seriously addressing the attitude of how law enforcement dealt with these issues in the recent past. Which is really disappointing to us now but so true. Let’s learn.

Wayyyy too many ads - utterly annoying.

Ghosts are scard of Chuck Norris

I’ve listened to another podcast on this subject which was also really good but have enjoyed hearing this story from another perspective.

I already knew a lot about this case but so far (Only 2 episodes in) this podcast is providing one of the most in depth chronological accounts out there with the highlights being eye witnesses and survivors being interviewed. You really get the sense of the terror this man created - important as I think in the arrest photos he looks so old and “average” that it is hard to imagine the evil he has been capable of. I feel safer at night knowing they finally got him.

Two episodes in, and this is shaping up as the most in-depth account of the GSK. The victim’s voices are powerful and the story-telling and production are first class. What a freak that guy was/is.

I really enjoyed this series. GB

Really enjoyed this podcast, gripped from episode one GB

Really well done, but the ads are insensitively placed. GB

Man In The Window: The Golden State Killer Wiki

A man is an adult male human. Prior to adulthood, a male human is referred to as a boy. Like most other male mammals, a man's genome typically inherits an X chromosome from his mother and a Y chromosome from his father. The male fetus generally produces larger amounts of androgens and smaller amounts of estrogens than a female fetus. This difference in the relative amounts of these sex steroids is largely responsible for the physiological differences that distinguish men from women. During puberty, hormones which stimulate androgen production result in the development of secondary sexual characteristics, thus exhibiting greater differences between the sexes. However, there are exceptions to the above for some transgender and intersex men..

Man In The Window: The Golden State Killer Podcast Images

Man In The Window: The Golden State Killer Similar Podcasts 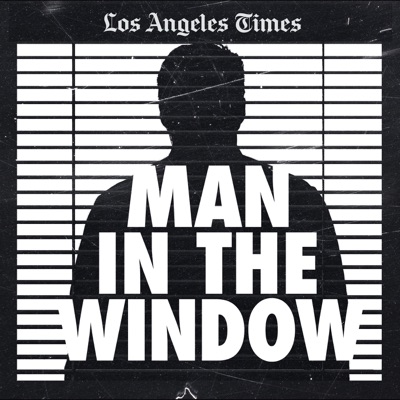