Do you love Office Ladies podcast? Please share and improve it :)

A must-listen for any fan of The Office. Jenna and Angela are adorable and super fun, and the behind-the-scenes info is great.

I've been occasionally enjoying the show, but hit my last straw in the "Business School" episode. Joss Whedon is an abuser - he abused his power to sleep with young actresses, gaslit and abused his wife, and has been publicly called out for racist abuse on the set of Justice League. It doesn't matter how much you liked Buffy (which, BTW, was a really bad show). Joss Whedon is a bad person. And yet...he gets a glowing introduction from enlightened centrist Jenna Fischer. Great work, girl! Way to stand up for those values you pretend to have! Also, all the dorks who listen to this show think "is it scripted or was it improvised" is an enlightened and interesting question. It isn't! It's almost always written! This is an extremely repetitive and boring question! It gets asked multiple times every single episode! Make it stop!

i love it all!

Love the podcast -Love from Canada🏒🇨🇦

This is my favourite podcast! Love hearing all the behind the scenes happenings, your personal stories to do with the office or not, and your positive sunny attitudes! There is nothing I don’t love about it!!! Six stars! Thank you for doing this and sharing your stories with us.

Love this podcast! It’s like sitting with a couple friends and chatting! Love the deep dives and the chatter, it makes me laugh!

Please, please, for goodness sake, stop asking and stop answering the “Was that line improvised or scripted” question. If someone played a drinking game to that question, the results would make Meredith blush. This has turned into a podcast of going line by line through an episode and asking that question.

I’m a huge fan of The Office and of the Pam and Angela characters for sure—my wife and I have it playing in the background on a semi-daily basis. But, the cackling and high-pitched gabbing is just sort of irritating to hear. I’m sure this is entertaining for a lot of people. But, it’s just not for me.

Who doesn’t love The Office? It’s like the Friends show of the modern age! The only sad thing is that Michael Scott (AKA Steve Carell, WOO!) left the show in season 7... AND that Pam Beesly (AKA Jenna Fischer) and Jim Halpert (AKA John Krasinksi) having to think about there relationship. Besides that, the show is amazing!!! And now we can find out what happened during the creations of most of the episodes! Thank you guys so much for doing this! Your the best!!! Don’t listen to anyone who says this show isn’t good, it is amazing. It may just be my preference, but you don’t have to write about the show being bad. If you have something bad to say, don’t say it. Your being mean. These guys are trying SO hard to make this show good! And it IS really good! So just don’t be mean. If you don’t like listening to it, just listen to something els. You don’t have to rate it bad, or write a bad comment. You can just listen to something else. Anyways, to leave this on a high note, this show/podcast is amazing, AND the best. That’s my preference at least. You guys are doing awesome! Keep it up! Love you guys!

I want to like it because I’m a hardcore Office fan, but I find the ladies too shrill to listen to for any length of time. I also don’t find them to be entertaining if I’m being honest. They are lovely women, but so out of their wheelhouse that I can’t enjoy it.

If you love the office than you will love this!!! I

I’ve watched the office a few times, but its been a while since watching it and its been a fantastic watching an episode a week and then listening to the podcast to catch the behind the scenes details!

Chuck Norris once put a forest fire out by spitting on it.

Very newsy I love it thanks !

Hey Jenna and Angela! Love the podcast so much! Started watching along with you but now I find myself at Launch Party in Season 4 😂 Just can’t stop!

When I heard this was going to be be a thing I was excited, but truly it has exceeded my expectations. Love listening so far, keep up the good work ladies!

Really enjoying this podcast. It’s great to hear the behind the scenes from Pam and Angela (Jenna and Angela).

I have been a long time fan of the office and I am enjoying this podcast so much! When I listen I feel like I am having a chat with Pam and Angela in my own living room. They are so funny (Jenna and Angela) and I feel like we are catching up together. Which probably makes me sound like a loser but I don’t care. Love you lap does so much! Keep up this amazing work and I’m so glad you both decided to do this podcast!

In Scotland we starred lockdown in March and my business is still closed 6 months later so life has been tough. I have ended up working as a delivery driver in the mean time to pay the bills and listening to these podcasts during my long hard days have really got me through. I have found myself laughing out loud in the street and getting weird looks while I have a big grin on my face as I recall some hilarious scenes from The Office. Ladies you are doing a grand job and thank you. GB

Im uk based and il be honest i made the biggest mistake ever and did not want to admit the US office would be any good compared to our uk version If it wasnt for covid locking me down i would never have discovered these wonderful people, 15 years on from the origjnal airing i am now a huuuuuuuuge fan mainly the fact that the pam and Jim thing kinda reflected a part of my life which went kinda south but now i am so hooked on everything to do with the US version I have just subscribed so am yet to listen but am pretty sure and very confident il be hooked I am going to take a few weeks break and am going to re-binge on the whole 201 episodes ! GB

I’m a UK-based fan who is new to the Office but who managed to watch all nine series in about a short period during lockdown. This podcast is addictive, always enjoyable and interesting, and with Angela and Jenna being such close friends it has a warm and friendly atmosphere. Rather than just talking through each episode, the conversational style makes every episode fun to listen to. The guests seem to have a great time reminiscing and each offer fascinating insight. I’ve read comments from people saying there are too many ads, too many personal anecdotes and too much excitement in Anglea and Jenna’s voices. Skipping the ads (if you prefer to) isn’t difficult, I would think that the point of the podcast is for the presenters to offer inside information and tell stories, and their enthusiasm is infectious not off-putting! Keep up the good work ladies! (Danny in Stratford-upon-Avon) GB

Don't wait for people to be friendly. Show them how.

An office is generally a building, room or other area where an organization's employees perform administrative work in order to support and realize objects and goals of the organization. The word "office" may also denote a position within an organization with specific duties attached to it (see officer, office-holder, official); the latter is in fact an earlier usage, office as place originally referring to the location of one's duty. When used as an adjective, the term "office" may refer to business-related tasks. In law, a company or organization has offices in any place where it has an official presence, even if that presence consists of (for example) a storage silo rather than an establishment with desk-and-chair. An office is also an architectural and design phenomenon: ranging from a small office such as a bench in the corner of a small business of extremely small size (see small office/home office), through entire floors of buildings, up to and including massive buildings dedicated entirely to one company. In modern terms an office is usually the location where white-collar workers carry out their functions. As per James Stephenson, "Office is that part of business enterprise which is devoted to the direction and co-ordination of its various activities." Offices in classical antiquity were often part of a palace complex or of a large temple. The High Middle Ages (1000–1300) saw the rise of the medieval chancery, which was usually the place where most government letters were written and where laws were copied in the administration of a kingdom. With the growth of large, complex organizations in the 18th century, the first purpose-built office spaces were constructed. As the Industrial Revolution intensified in the 18th and 19th centuries, the industries of banking, rail, insurance, retail, petroleum, and telegraphy grew dramatically, requiring many clerks, and as a result more office space was assigned to house their activities. The time-and-motion study, pioneered in manufacturing by F. W. Taylor (1856-1915) led to the "Modern Efficiency Desk" of 1915 with a flat top and drawers below, designed to allow managers an easy view of the workers. However, by the middle of the 20th century, it became apparent that an efficient office required discretion in the control of privacy, and gradually the cubicle system evolved.The main purpose of an office environment is to support its occupants in performing their jobs. Work spaces in an office are typically used for conventional office activities such as reading, writing and computer work. There are nine generic types of work space, each supporting different activities. In addition to individual cubicles, one can find meeting rooms, lounges, and spaces for support activities, such as photocopying and filing. Some offices also have a kitchen area where workers can make their lunches. There are many different ways of arranging the space in an office and whilst these vary according to function, managerial fashions and the culture of specific companies can be even more important. While offices can be built in almost any location and in almost any building, some modern requirements for offices make this more difficult, such as requirements for light, networking, and security. The major purpose of an office building is to provide a workplace and working environment - primarily for administrative and managerial workers. These workers usually occupy set areas within the office building, and usually are provided with desks, PCs and other equipment they may need within these areas.. 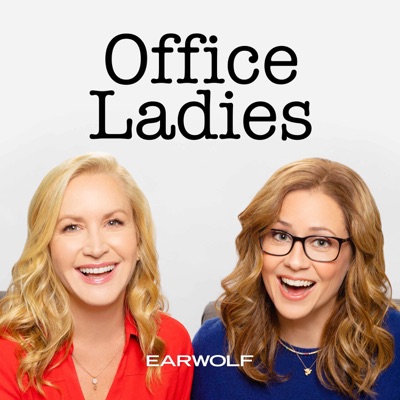