Do you love Supernatural with Ashley Flowers podcast? Please share and improve it :)

Not a fan of the supernatural. I prefer true crime. But I’m a fan of Ashley, so I’m here for it. It’s a little dose of food story telling until the next crime junkie, lol.

Okay...LITERALLY THIS IS THE BEST PODCAST EVER. The stories are completely fascinating!! And to know that all of these stories are true?! Even better! Ashley Flowers is incredible at keeping your attention while telling a story! Especially for me, being a visual learner can make it difficult to pay attention when someone is speaking, when there is nothing to watch. Ashley...YOU’RE A FREAKING BEAST! I’m positive you are role model to some little girls out there! Keep doing what you do! Okay...one more thing...I THINK I AM THE ONLY PERSON IN THE WORLD WHO WILL LISTEN TO THIS PODCAST TO FALL ASLEEP. Ashley Flowers’ voice is soothing and relaxing. Even though the stories are typically a little unsettling, Ashley does a perfect job of making you feel calm, while she is talking about a unexplained murder.

It almost goes without saying, but any story Ashley touches, seems to turn to gold! I’ve been a huge fan of ‘Crime Junkie,’ and was ecstatic when I found this. It’s hard to find ‘cryptic & creepy’ stories that aren’t so campy & kooky, but they’ve done it! Amazing work. My only complaint is that there aren’t more episodes😂

Ashely is a great story teller. I love this podcast. Super intriguing stories from a non-biased and factual narrator. Keep up the great work!

Love her narrating, the clear pronunciation & the enthusiasm!

These have all been done to death

Love how you deliver these! Keep up the good work. So much mystery in our world! A great story !

I’m a huge fan of the crime junkie podcast and Ashley Flowers but even a bigger fan of conspiracy theories! This is everything i’ve ever wanted in a podcast, 100% would recommend!

I'm a fan of Ashley's other podcast, Crime Junkies, so I was over the moon when I found she was doing a series with Parcast. Some awesome stories that I'd never heard before, told by Ashley in her awesome way. Honestly, I could listen to this woman recite the phone book - her voice is so chill! GB

Love an Ashley Flowers pod and as usual this one doesn’t disappoint. Clear, concise and interesting every time. GB

Once again Ashley can’t be bother to find about what she is talking about. Learn how places are pronounced!!!! Absolutely horrendous! Oh wait everything that’s Scottish is just the same as Irish I’ll not bother to find out anything I’ll just use my prejudices to make them exactly the same. So fed up of listening to this nonsense. Scottish people are not Irish!!!!!!! More to add again! 2nd grade in England??? Really??? What are you going on about? Do you need to dumb things down that much??? Can you actually talk about things how they are instead of making up nonsense? You just come off as a mindless idiot. Shockingly bad. GB

Silences make the real conversations between friends. Not the saying but the never needing to say is what counts.

The concept of the supernatural encompasses all entities, places and events that supposedly fall outside the scope of scientific understanding of the laws of nature. Examples include immaterial beings like angels, gods, and spirits, as well as claimed human abilities like magic, telekinesis, precognition, and extrasensory perception. Historically, supernatural powers have been invoked to explain phenomena as diverse as lightning, seasons, and the human senses. Naturalists believe that everything that happens is determined by universal laws, and therefore maintain skeptical attitudes towards supernatural claims.The supernatural is featured in occult and religious contexts, but can also feature as an explanation in more secular contexts, as in the cases of superstitions or belief in the paranormal.. 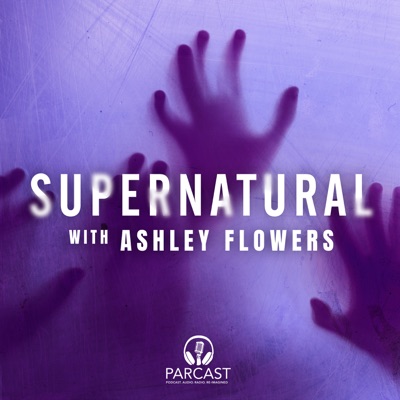