Do you love Wind of Change podcast? Please share and improve it :)

Outstanding podcast and five stars for sure

Who is going to tell the host that there’s not a band called The Scorpions? They’re just Scorpions.

I too downloaded from Spotify after listening to part 1 from iTunes. I served in the military, stationed in West Germany, and found each episode extremely entertaining. Easily recommendable.

* Please note the following review may contain spoilers * Everything surrounding this podcast is well done: the sound, the editing, the casting, the conception. All of it is exactly what I would expect and more from a podcast with such a strong journalist. The ending is why I’m giving this podcast such a poor review. It made me regret spending all this time only to learn what I did learn. It’s a great story with an extremely underwhelming ending. I even listened to it a second time telling myself that I zoomed too quickly through it, but to no avail. It’s also a blatant example of how Americans, even those in foreign diplomacy roles, are completely oblivious to anything going on a outside of the US... Such disappointment

No killer. Episode 5 is a waste of time. Cheap cliffhangers. Could have been more concise, she said.

I was so intrigued by the premise and enjoyed the first episode. But it went quickly downhill after that. The “evidence” cited is so loose and ludicrous that it is embarrassing. Don’t waste your time.

Of the story here. I listen to the entire thing while at work this week. I learned that you can if fact do an entire investigation about nothing. These ‘journalists’ investigated a story they heard third hand. Over the course of this show they investigated a story that doesn’t exist and still came out with nothing at all. It’s amazing how they didn’t blow out a shoulder with some of those reaches too.

Great podcast. You should sell the podcast artwork as a poster...it’s awesome looking.

This was a fascinating podcast, well researched and written. Where it soured for me was the attempts to keep going with what is basically a conspiracy theory based on the second-hand report of one source who won’t go on the record. It was only mildly annoying until they interviewed Klaus Meine, the author of Wind of Change, who was very gracious even as he firmly and convincingly denied their ‘theory’. As the author and his colleague leave the hotel where they met Meine, they glimpse him chatting with a friend at the bar and imagine all sorts of dark thoughts going through his head. It was a mean spirited end to what had been a rather fun story, and says more about the corrosive nature of conspiracy theories than it does about Meine and the many fans who have loved the song over the years.

This is very well done, can’t wait to hear more!!

Chuck Norris can outrun his legs and feet

I absolutely loved this podcast. I came here as a Crooked fan and was vaguely interested but the story completely gripped me. It isn’t just a podcast about some CIA conspiracy, it’s about the power of music and how a song can impact people so deeply. A nice change from the countless true crime and conspiracy podcasts out there that don’t manage to be nearly so interesting. GB

Binged through the whole thing in a day (it’s all available on Spotify). Absolutely brilliant. Thank you. GB

Fascinating story, easy to listen to, can’t wait for next episode GB

The greatest education in the world is watching the masters at work.

Wind is the flow of gases on a large scale. On the surface of the Earth, wind consists of the bulk movement of air. In outer space, solar wind is the movement of gases or charged particles from the Sun through space, while planetary wind is the outgassing of light chemical elements from a planet's atmosphere into space. Winds are commonly classified by their spatial scale, their speed, the types of forces that cause them, the regions in which they occur, and their effect. The strongest observed winds on a planet in the Solar System occur on Neptune and Saturn. Winds have various aspects: velocity (wind speed); the density of the gas involved; energy content or wind energy. The wind is also an important means of transportation for seeds and small birds; with time things can travel thousands of miles in the wind. In meteorology, winds are often referred to according to their strength, and the direction from which the wind is blowing. Short bursts of high speed wind are termed gusts. Strong winds of intermediate duration (around one minute) are termed squalls. Long-duration winds have various names associated with their average strength, such as breeze, gale, storm, and hurricane. Wind occurs on a range of scales, from thunderstorm flows lasting tens of minutes, to local breezes generated by heating of land surfaces and lasting a few hours, to global winds resulting from the difference in absorption of solar energy between the climate zones on Earth. The two main causes of large-scale atmospheric circulation are the differential heating between the equator and the poles, and the rotation of the planet (Coriolis effect). Within the tropics, thermal low circulations over terrain and high plateaus can drive monsoon circulations. In coastal areas the sea breeze/land breeze cycle can define local winds; in areas that have variable terrain, mountain and valley breezes can dominate local winds. In human civilization, the concept of wind has been explored in mythology, influenced the events of history, expanded the range of transport and warfare, and provided a power source for mechanical work, electricity, and recreation. Wind powers the voyages of sailing ships across Earth's oceans. Hot air balloons use the wind to take short trips, and powered flight uses it to increase lift and reduce fuel consumption. Areas of wind shear caused by various weather phenomena can lead to dangerous situations for aircraft. When winds become strong, trees and human-made structures are damaged or destroyed. Winds can shape landforms, via a variety of aeolian processes such as the formation of fertile soils, such as loess, and by erosion. Dust from large deserts can be moved great distances from its source region by the prevailing winds; winds that are accelerated by rough topography and associated with dust outbreaks have been assigned regional names in various parts of the world because of their significant effects on those regions. Wind also affects the spread of wildfires. Winds can disperse seeds from various plants, enabling the survival and dispersal of those plant species, as well as flying insect populations. When combined with cold temperatures, the wind has a negative impact on livestock. Wind affects animals' food stores, as well as their hunting and defensive strategies.. 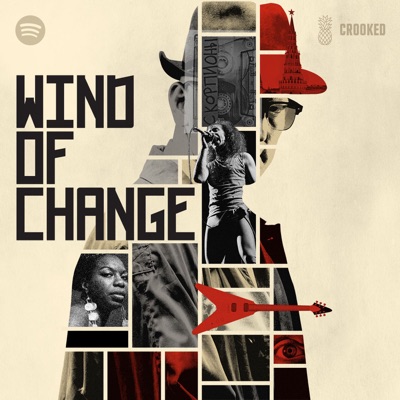