Do you love Nice White Parents podcast? Please share and improve it :)

This podcast definitely made me hopeful for the future.

A historical reporters investigation on a school in NY. It blows my mind. I highly recommend!

This is one of the best podcasts I’ve ever listened to! Reverse Racism isnt real btw. Great work This American Life! BLM. ACAB. Stay safe everyone!❤️

Listen, I made the idealistic white 20 something mistake of joining Teach for America and this podcast details SO much of what I’ve seen in different places. Racism, de facto segregation, reimagining schools over and over, charter schools with extremely harsh behavior restrictions...this is a microcosm of the American educational system. If you have kids, you should absolutely listen to this.

Podcast starts out engaging, I thought there would be a nation-wide conspiracy on resource hoarding from NWPs, this podcast fails to point to any definitive evidence this is the case. The only interesting part of this podcast is Success Academy, which is statistically working. Success gets an unfair review for the host to talk more about qualitative ways “she hypothesizes” will close the achievement gap. Success Academy has surpassed the achievement gap. The achievement gap needs to be corrected for first and foremost, this is the only way forward. Any other qualitative opinion is not worth our time. If this podcast reached the conclusion of NWP hoarding resources is why the achievement gap exists, I would be all for complete reform. If anything it is a .02% micro-cause that is only focused on because the podcast will get more listens based off the controversial title and subject matter. You need to dig deeper, success academy shows us that this can be done. Let’s explore this further.

Every white parent needs to listen to this. As a while parent in a rapidly gentrifying neighbourhood, I would love to force every one of my neighbours to listen to this episode and reflect on their own impact on our school community. Thank you.

Garbage. Race baiting. Virtue signaling. What happened to the NYT?

The enormity of this issue, education not being equal for all was overshadowed by this reporters clear bias. It left me wondering if this reporter even has children, as most parents would related to only wanting for best for Your child. You are made to believe that all white parents who care and are involved with their children’s education are racists, whilst black or Hispanic parents, who care the same are different. The education department fails these communities, not the parents. Regardless of race, religion, sexual preference etc, If you care and have positive involvement with your children’s education this should be welcomed. All parents can be pushy and blind sided at times, why does this need to fall to a race issue? I couldn’t believe when this reporter was saying about shutting ‘white parents up’, as though their thoughts arnt important, this is racism. We should all work together to remove barriers that prevent an education for children, this podcast creates a further divide.

The Kool-Aid Pitcherman busted through the wall of Chuck Norris' livingroom and said, "OH NOOOOOOOO!".

I decided to give this podcast a try after it was posted on the Serial page, and I’m glad I did. This podcast digs deep into racial biases on both sides of the spectrum, and is a clear example of how structural racism can affect not only those who espouse traditional institutions, but also those who claim to want equality. This podcast also informs listeners that racism is not a thing of the past, but rather something that has been carried through the generations and can still be seen today in both overt and subtle forms.

Well researched and presented, however extremely difficult to relate to. From the outside looking in, this piece does seem like racial self-flagellation, where the real issue seems to be of class, an uneven distribution of wealth and a failure of government.

This is just a solid piece of journalism about an issue that actually affects society. If you believe in the power of education to change people’s lives, and define the way society is ordered, you should listen to this.

Absolutely loved this podcast. It challenged me so much and gave me insight into how to do better. I love that it makes us question what doing good is and how to do it well. A lot of our systems need to be redesigned so our nice ideas are not colonialism in new boots. GB

Yet again, some idiot sees an ‘issue’ with life and gets it almost half right, but can’t seem to put their tunnel visioned and humanities based ‘stunted’ intellect into understanding the core of the problem... so they lazily blame a ‘race’ or a ‘creed’ or a ‘gender’. You will never understand your way out of ‘the problem’ if this is the source of your education and the basis of your next ‘intelligent’ talking point. GB

And I recognised the good intent and terrible execution of the parents, administers, and education boards. The series is engaging without preaching, just tells the story of this one school. GB

Truth isn't all about what actually happens but more about how what has happened is interpreted.

Nice (, NEESS; French pronunciation: ​[nis]; Nissard Occitan: Niça, classical norm, or Nissa, nonstandard, pronounced [ˈnisa]; Italian: Nizza [ˈnittsa]; Greek: Νίκαια; Latin: Nicaea) is the seventh most populous urban area in France and the capital of the Alpes-Maritimes department. The metropolitan area of Nice extends beyond the administrative city limits, with a population of nearly 1 million on an area of 744 km2 (287 sq mi). Located in the French Riviera, on the south east coast of France on the Mediterranean Sea, at the foot of the Alps, Nice is the second-largest French city on the Mediterranean coast and the second-largest city in the Provence-Alpes-Côte d'Azur region after Marseille. Nice is approximately 13 kilometres (8.1 mi) from the principality of Monaco and 30 kilometres (19 mi) from the French-Italian border. Nice's airport serves as a gateway to the region. The city is nicknamed Nice la Belle (Nissa La Bella in Niçard), which means Nice the Beautiful, which is also the title of the unofficial anthem of Nice, written by Menica Rondelly in 1912. The area of today's Nice contains Terra Amata, an archaeological site which displays evidence of a very early use of fire 380,000 years ago. Around 350 BC, Greeks of Marseille founded a permanent settlement and called it Nikaia, after Nike, the goddess of victory. Through the ages, the town has changed hands many times. Its strategic location and port significantly contributed to its maritime strength. For centuries it was a dominion of Savoy, and was then part of France between 1792 and 1815, when it was returned to the Kingdom of Piedmont-Sardinia until its re-annexation by France in 1860. The natural environment of the Nice area and its mild Mediterranean climate came to the attention of the English upper classes in the second half of the 18th century, when an increasing number of aristocratic families took to spending their winters there. In 1931 following its refurbishment the city's main seaside promenade, the Promenade des Anglais ("Walkway of the English") was inaugurated by Prince Arthur, Duke of Connaught, and owes its name to visitors to the resort. These included Empress Victoria of India along with her son Edward VII who spent winters there, and Nice born Henry Cavendish, who discovered hydrogen. The clear air and soft light have particularly appealed to notable painters, such as Marc Chagall, Henri Matisse, Niki de Saint Phalle and Arman. Their work is commemorated in many of the city's museums, including Musée Marc Chagall, Musée Matisse and Musée des Beaux-Arts. International writers have also been attracted and inspired by the city. Frank Harris wrote several books including his autobiography My Life and Loves in Nice. Friedrich Nietzsche spent six consecutive winters in Nice, and wrote Thus Spoke Zarathoustra here. While Anton Chekov completed writing his play Three Sisters when he was living in the city. Nice's appeal extended to the Russian upper classes, Prince Nicholas Alexandrovich, heir apparent to Imperial Russia died in Nice and was a patron of the Russian Orthodox Cemetery, Nice where Princess Catherine Dolgorukova, morganatic wife of the Tsar Alexander II of Russia, is buried. As are General Dmitry Shcherbachev and General Nikolai Yudenich leaders of the anti-Communist White Movement. Those interred in Nice at the Cimetière du Château, include celebrated jeweler Alfred Van Cleef, Emil Jellinek-Mercedes, founder of the Mercedes car company, film director Louis Feuillade, poet Agathe-Sophie Sasserno, dancer Carolina Otero, Asterix comics creator René Goscinny, The Phantom of the Opera author Gaston Leroux, French prime minister Léon Gambetta, and the first president of the International Court of Justice José Gustavo Guerrero. Nice has the second largest hotel capacity in the country and it is one of its most visited cities, receiving 4 million tourists every year. It also has the third busiest airport in France, after the two main Parisian ones. It is the historical capital city of the County of Nice (Comté de Nice).. 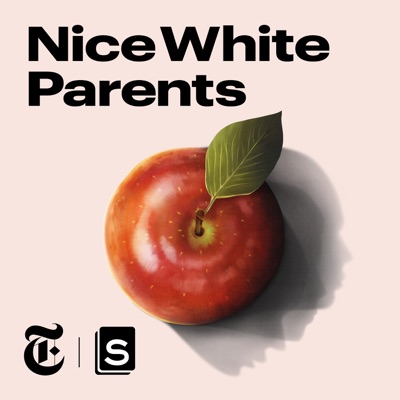