Do you love Bunga Bunga podcast? Please share and improve it :)

I think Whitney’s cadence, voice, and overall delivery is my favorite of any podcast. I hope she makes others soon. She gives all the best Sarah Koenig vibes

This show, while seeming to demise the objectification day f women, and criticizing the agenda of the Berlasconi administration and his personal agenda, seems to be perpetuating this same ideology. Note where the ‘cliffhangers’ land and the subjects they are asking you to ‘tune in next time’ to learn and Just wanted to point this out. The series is well produced and seems to be well researched. The parallels to current US political drama should be noted. However, it is disheartening to also note that we are only getting this many years later where this information is more of a side show of novelty rather than a call to actin or outrage. The tone should be a clue to how the management views this topic. Enough said.... I hope. Just sayin.... goes to show how entrenched in our culture this is. Not gonna lie... pretty depressing

She sounds like she is reading a adult bedtime story. You can tell what she thinks is funny or surprising or salacious. I’ve rocked with Wondery from the beginning and this is probably the worse one. This did not need its own podcast at least not the way she delivered it. You can tell she wanted to make it longer and they told her no, so she talked even faster than normal. Poorly executed all around.

Whitney is fine, I guess? I can’t think of anyone more random to narrate a podcast about an Italian political figure. I found her inflections to be a little over the top and the fact that she can’t pronounce Italian names and words properly pretty annoying. Took me out of it quite honestly.

It’s eerily familiar to what is actually happening in the United States today. This is such an entertaining podcast.

Funny and great tone of voice 👌🏻

I'd prefer the host tone down the sarcasm and attempt at comedy. Decent story but the narrator is often just as important a factor in making one listen. Only made it half way through this.

Whitney was perfect to tell the story

Does anyone really need more of this whiny sociopath?

Listened to the first episode and while I think it would definitely be an interesting story, I’m not impressed with the presenter’s style. Find the jokey style irritating. Just tell the story! Also the constant translations just take up too much time. Maybe the translation could be simultaneous (over the Italian voice) and save time? Don’t think I’ll bother with the rest.

This is brilliant. So entertainingly interesting.

Once a mosquito bit Chuck Norris and died instantly of acute cyanide poisoning.

Great content but the most annoying narrator of all time GB

As an Italian, this is hilarious! Well done 10 stars!! GB

Work while you have the light. You are responsible for the talent that has been entrusted to you.

Bunga may refer to Bunga mas, a tribute that was sent every three years to the King of Siam from its vassal states in the Malay Peninsula Bunga River, northeastern Nigeria Bunga Bangkai, a common name in Indonesia for mawar, the so-called "carrion flower" Bunga Raya, the Malay name for Hibiscus rosa-sinensis, the national flower of Malaysia Bunga, or Botija, a Caribbean musical instrument of the aerophone type Bunga bunga, an erotic entertainment Bunga, one of the main characters from The Lion Guard, a spin-off of The Lion King. Bunga, Uttarakhand, a hill station in the state of Uttarakhand, India. 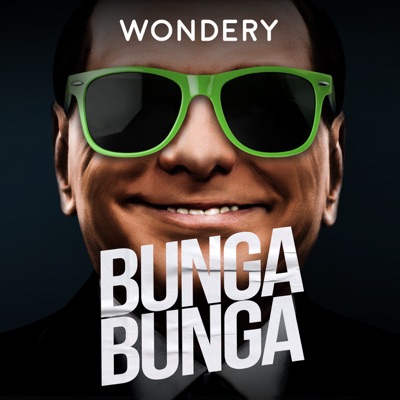