Do you love The Megyn Kelly Show podcast? Please share and improve it :)

Great format for a sophisticated journalist and entertaining host! Thank you for your professional work and sharing some of your personal side.

Your Dave Rubin interview made my month! He expressed so many views and frustrations that I have. Megan..you keep bringing people on your show who are rational thinkers and are pro-America and pro-humanity. Thank you so much for what you do and your bravery.

How does this show just get better and better every day?

I started listening to this show as a means of crafting Megyn’s redemption arc in my head - finally she was going to fulfill her journalistic credibility without having to pander her to her Fox News audience. While I did really enjoy the first episodes namely ones with hosts of Rising, Krystal and Saagar, her slant towards conservative and somewhat prejudicial ideas became evident. This became more obvious in her interview of Ayaan Hirsi Ali. If she claims to be a journalist who is interested in both sides of an argument why not bring someone to counter and debate some of Ms. Ali’s ideas? What you get here is Megyn enclosed in an echo chamber with someone who further corroborates her own ideology. This very occurrence is something Ms. Kelly routinely accuses the left of doing. While there may be some redeeming and heterodox interviews (such as Alan Dershowitz, Coleman Hughes and Chloe Valdary) that have led me to question conventional wisdom peddled by mainstream media (and I thank her for this) I am all in all troubled by the lack of diverse opinions and the overt disdain Ms. Kelly is propagating for certain faction of the electorate/population. The final straw was realizing that the sponsors of this show Black Rifle Coffee contributed to the bail fund of Kyle Rittenhouse (there is a picture of the founders of Black Rifle Coffee with released Kyle Rittenhouse) I suggest listeners of this show look into this story and realize the deeply troubling ideologies that show is unequivocally purveying.

Love this podcast. I look forward to new episodes and often listen to them a second time. The episode with Ayaan Hirsi had me cheering! Also the Hughes/Loury conversation was incredible. ...and Janice Dean, and Charles CW Cooke...I could go on and on! Well done!

What an amazing, brilliant, powerful and inspiring human being! Great interview! Thanks!

Disappointed that you had Chris Christie as a guest. He is a never Trumper and when he didn’t get a position on the cabinet he turned. Idk all the facts but I trust Sidney Powell. I don’t think she will risk her reputation for not. When I heard you on Ben Shapiro I was impressed at your ability to move past the Trump conflict and didn’t like it when it happened. I decided to listen to your podcast. I think Trump has more than enough reason to be cynical he’s hardly been given a chance. The deep corruption that has taken place is beyond what any of us could have imagined. He has accomplished more than most presidents with all odds. The Democrats have been exposed and have fought with everything they have to rid him and just because all evidence hasn’t been exposed maybe they are still gathering evidence and laws changed inappropriately. It’s only been two weeks. Give him the benefit of the doubt. Please have regular people on your podcast that are far removed from Washington and truly live in a democracy. We may not have all the legal expertise and ins and outs but have other perspectives. I’m from Wyoming but believe I have a different take. Rudy broke up mass cartels and is a seasoned smart attorney that proved himself in New York. Give them a chance. You were pandering to Christie, I don’t believe he was completely frank. I have great intuition and insight and I am skeptical. This election is bigger than Trump this is about our democracy. Biden is corrupt and I believe he was “placed” there for Harris to take over whom has a very corrupt past and will do anything for power. Hunter Biden, hiding in the basement and had the cover of the press and tech companies, Just my take. Also, Pharma communicated to Biden BEFORE the election about the release of the vaccine because Trump said he wanted favored status on the price of the vaccine. I think that could have influenced voters. Thanks for listening! Good luck with your podcast and your great decision to move your family from NY! Cindy O from Wyoming

I stumbled across this podcast at just the right time. I am so disgusted with what I am reading, watching and hearing about the issues. I just want the truth so I can decide how I feel. I don’t want to be led, tricked or fed misinformation. Bam. I came across the Megyn Kelly podcast and I am ecstatic! Guests will include people who don’t necessarily have the same views of the issues so we get to hear multiple opinions. This is what we all need more of so we can think for ourselves. My only complaint is it would be nice to see Ms. Kelly. She is beautiful and smart! Oh well, I guess I’ll have to be satisfied with just listening. Lol. Very good podcast!

Great listening to Chris Christy and James Carvelle. Interesting to hear Carvelle talk about the Woke far Left and traditional Democrats. More fun in the future.

Sorry Megan , but you missed the boat on how this vote will go , definitely under estimating the silent majority . Last two guests were obviously anti Trumpers . Look forward to hearing Candace Owens on your show !

A fair voice in an unfair media tsunami.

I binge-listened to the first 6 episodes. As always respectful & fair. Well done! I’d describe myself as a right-leaning centrist & loved your conversations with Glenn Greenwald, the hosts of Rising & the conversation with Olivia Nuzzi. Some pairs of guests I’d like to hear include: -Hawley & Sinema, -Gaetz & Khanna, -Jilani & Taibbi and -Carlson & Maddow.

This has quickly become one of my favourite podcasts. Love this thanks

Great to hear your thoughts as against the constant flow of Anti Stump garbage we get from the main stream media especially CNN. Trump has done so much in 4 years against all the opposition but he gets NO recognition. God help the World if Biden is in charge.

Greetings from Melbourne Australia Megyn. Love the show great to hear a fearless conversation held in the post modern woke era. We need more people saying what they think and having meaningful discussions where we don’t agree but learn and grow through discourse

When Chuck Norris shaves the razor blades get cut.

I knew very little about Megyn Kelly before listening to the these podcasts. She’s an astute and likeable political commentator, and has interviewed some genuinely interesting people in the first few pods I’ve listened to.

Pretty hard to listen to the two of them present allegations as though the were verified facts.

Objectivity has slipped consistently over the weeks. Megyn has podcast adverting paymasters now so agenda has shifted. I want to hear unbiased views and discussion. I know it’s there deep down but playing it too safe. Will be Interesting to see Sam Harris on the ‘show’ soon GB

Pleased I found this show very good listen with enjoyable and knowledgeable contributing guests and very well presented by Megan and yes no BS! Fan across the pond GB

As a UK viewer this one of the few outlets in which provides a balancing view on how America reacts to issues. So much of what we see is from the left view point but Megyn is good at looking at matters either neutral or a right/traditional viewpoint. A must for anyone who needs a rounded view on the US opinion. P.S. would be great to get some UK guests on like Ruth Davidson MSP or Journalist Andrew Neil or Bernard Ingham (Margaret Thatchers press secretary) GB

Remember, if you ever need a helping hand, you'll find one at the end of your arm ... As you grow older you will discover that you have two hands. One for helping yourself, the other for helping others. 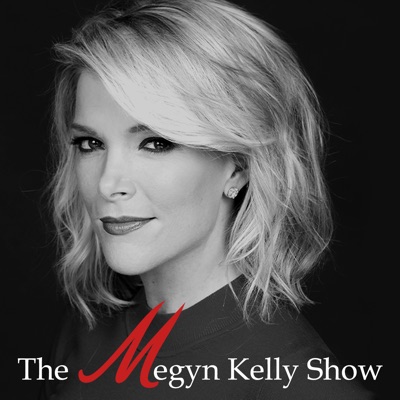