Sofia with an F

Do you love Sofia with an F podcast? Please share and improve it :)

Sofia with an F Comments

Sofia with an F Reviews

Always thought this during CHD’s prime but now it’s been confirmed. She’s a way better interviewer and actually talks about sex and makes good jokes (the whole reason most of us started listening to CHD in the first place)

I am a relative newcomer to Sofia and the CHD drama. Likely not exactly the target demographic either, as I’m a 54yo man, but I have a 18yo daughter so trying to stay relevant. Sofia has had interesting guests, and it was nice to hear her take on the split. One small annoyance is her vocal fry. She is a smart woman with lots to share, but I’m not sure I can continue if she doesn’t tone that aspect of the Podcast

this aint it chief

Missed you girl!!!! Haters gonna hate, it means you’re doing something right or they wouldn’t bother 😘

Didn’t think I’d ever hear from Sofia again but I’m glad she’s back. She’s made for this

I decided to give this a shot even though I cannot stand call her daddy. This was also super disappointing. She sounds like she reads off a script even though she claims not to. Every single thing about her sounds fake, her whiny voice is so annoying and she fake laugh makes my skin crawl. Absolutely no good content. Cannot believe I wasted two hours of my life listening to this.

Gays and sloots has been the best episode so far - you guys have such a natural energy and are so funny together. Please have John on again!

i love you and ur show. the best podcast i’ve listened too (and yes i listed to your old show)

So many people should look up to you! You came back from such a dark place, and showed that you are strong enough to do it on your own. Keep being you and showing everyone what you are made of. Thank you for giving us your side that we all deserved to hear. Can’t wait to see where this takes you and thank you for being an inspiration of what a strong woman looks like!

Such a good podcast. So honest and genuine! Keep up the good work Sofia!!

the podcast queen, so happy u are back! never stop doing ur thing love u

I love Sofia although that last episode was very difficult to listen to. Soooooo many advertisements I felt like it took up majority of the podcast (and I get a girl needs to make a living) wasn’t as funny as I thought it would be, the questions were probably the best bit and it went for about 1 minute. Hopefully the next episode will be better

At first I didn’t see myself enjoying this so much but with each episode it gets better and better. Not only is Sofia incredible charismatic, she’s inclusive, informative and fun. Came for the drama, stayed because this is genuinely so good. The best kind of easy listening. I downloaded the podcast all just to leave this review

Love to hear it! Sister Sofia is back and better than everrrr

but its really not that great its super boring and awkward to listen to :(

She just sounds so defensive and sour. The sarcasm is just pathetic. Didn’t even bother listening to the end.

It’s great to have Sofia back! That 2nd episode was BOMB! You can tell that she’s already getting more comfortable doing this on her own. And the conversation with Milfhunter 👌🏾 Keep up the good work, we’re rooting for you Sloot ✨ GB

We Stan a comeback queen 🙌 GB

Love a comeback story and this is one of them. I just hope that in the future the self deprecating humour will fade out. I know it’s what has been put out there by so many people but I love a confident, happy woman who knows her worth and I hope through this new found voice Sofia will see she is great and deserves to feel all of the above and no longer has to use what was said about her as satirical humour. Self talk matters. 💛 GB

We are what we repeatedly do. Excellence, then, is not an act, but a habit.

Sofia with an F Wiki

Sofia ( SOH-fee-ə, SOF-; Bulgarian: София, romanized: Sofiya, IPA: [ˈsɔfijɐ] (listen)) is the capital and largest city of Bulgaria. The city is situated in the eponymous valley at the foot of the Vitosha mountain in the western parts of the country. The city is built west of the Iskar river, and has many mineral springs, such as the Sofia Central Mineral Baths. It has a humid continental climate. Being in the centre of the Balkans, it is midway between the Black Sea and the Adriatic Sea, and closest to the Aegean Sea.Known as Serdica in Antiquity and Sredets in the Middle Ages, Sofia has been an area of human habitation since at least 7000 BC. The recorded history of the city begins with the attestation of the conquest of Serdica by the Roman Republic in 29 BC from the Celtic tribe Serdi. During the decline of the Roman Empire, the city was raided by Huns, Visigoths, Avars and Slavs. In 809 Serdica was incorporated into the Bulgarian Empire by Khan Krum and became known as Sredets. In 1018, the Byzantines ended Bulgarian rule until 1194, when it was reincorporated by the reborn Bulgarian Empire. Sredets became a major administrative, economic, cultural and literary hub until its conquest by the Ottomans in 1382. From 1530 to 1826, Sofia was the regional capital of Rumelia Eyalet, the Ottoman Empire's key province in Europe. Bulgarian rule was restored in 1878. Sofia was selected as the capital of the Third Bulgarian State in the next year, ushering a period of intense demographic and economic growth. Sofia is the 13th largest city in the European Union. It is surrounded by mountainsides, such as Vitosha by the southern side, Lyulin by the western side, and the Balkan Mountains by the north, which makes it the third highest European capital after Andorra la Vella and Madrid. Being Bulgaria's primate city, Sofia is home of many of the major local universities, cultural institutions and commercial companies. The city has been described as the "triangle of religious tolerance". This is due to the fact that three temples of the three world major religions—Christianity, Islam and Judaism—are situated within one square: Sveta Nedelya Church, Banya Bashi Mosque and Sofia Synagogue. This triangle was recently expanded to a "square" and includes the Catholic Cathedral of St Joseph, Sofia.Sofia has been named one of the top ten best places for start-up businesses in the world, especially in information technologies. Sofia was Europe's most affordable capital to visit in 2013. In 1979, the Boyana Church in Sofia was included onto the World Heritage List, and it was deconstructed in the Second Bulgarian Empire, holding much patrimonial symbolism to the Bulgarian Orthodox Church. With its cultural significance in Southeast Europe, Sofia is home to the National Opera and Ballet of Bulgaria, the National Palace of Culture, the Vasil Levski National Stadium, the Ivan Vazov National Theatre, the National Archaeological Museum, and the Serdica Amphitheatre. The Museum of Socialist Art includes many sculptures and posters that educate visitors about the lifestyle in communist Bulgaria.The population of Sofia declined from 70,000 in the late 18th century, through 19,000 in 1870, to 11,649 in 1878, after which it began increasing. Sofia hosts some 1.24 million residents within a territory of 492 km2, a concentration of 17.9% of the country population within the 200th percentile of the country territory. The urban area of Sofia hosts some 1.54 million residents within 5723 km2, which comprises Sofia City Province and parts of Sofia Province (Dragoman, Slivnitsa, Kostinbrod, Bozhurishte, Svoge, Elin Pelin, Gorna Malina, Ihtiman, Kostenets) and Pernik Province (Pernik, Radomir), representing 5.16% of the country territory. The metropolitan area of Sofia is based upon one hour of car travel time, stretches internationally and includes Dimitrovgrad in Serbia. The metropolitan region of Sofia is inhabited by a population of 1.67 million..

Sofia with an F Podcast Images

Sofia with an F Similar Podcasts 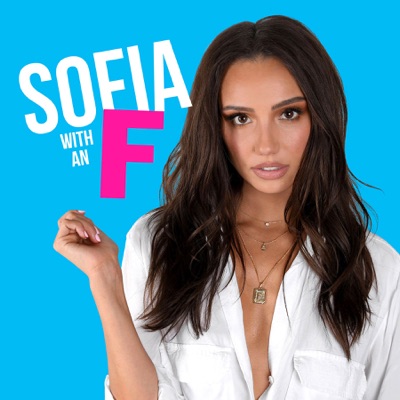