In Season 7, Castle was finally found after missing his wedding to Beckett and disappearing for two months. With no memory of this lost time, will the truth of Castle's missing months come back to haunt the newlyweds? After passing the Captain's exam, Beckett was surprised with the news that she was also being vetted for political office. Which path will she choose, and how will New York's famous couple adapt in Season 8?

Do you love Castle, Season 8 tv serie? Please share and improve it :)

The new additions to the cast were great & the series could've sustained w/ Kate leaving to be a Senator, w/ potential guest appearances, but beyond that it's a good season & wish the new characters could've been around longer.

I love the finale. I was getting mixed feelings about where the story was going to take me! But, you guys are genius to give this story such a great ending to bear. Thanks for great seasons of Castle!!

I’ve loved Castle since its first episode. While I didn’t like what was happening at the beginning of this season, I still loved the show. That never changed. This show has always been great fun even though its about horrible things but the entire cast has always kept me a fan. Once I heard it was ending, the last episode was met with some trepidation on how they would wrap it up. And it was wonderful. It was a wonderful eight years of fun and exciting entertainment. I’ll miss CASTLE and thanks for the great entertainment it's provided. So long, CASTLE and thanks for the great send off.

This show is similar to TNTs Bones. But this show has so much more potential endless possibilities for episodes unlike Bones.Best show I've seen and probably ever will keep making more episodes

Castle has been one of the most consistently clever shows on television. The episode 2 introduction of a complete change in Kate’s commitment to her future bodes ill for the future of the show. The motivation for the introduction of black female lead into the turmoil about to ensue in Castle’s life, is far to obvious a ploy. I seems that 20014 was the beginning of the incessant coupling of white male leads and black love interests as become the latest trend among corporation-controlled television, so this is nothing more than a ratings-driven reboot deal. However, ratings must be continuing to slide (likely due to the loss of once-loyal viewers) because the tell-tale line Castle never crossed was crossed in episode 8. This episode features a full Lesbian Kiss (via review of a ’surveillance’ video). This is something we’ve comet o expect from all failing productions: a desperate attempt at seducing some imaginary percentage of gender confused individuals into the fold. Shame on the producers for this low-brow compromise! Worse (not to give the plot away) the guilty party cow tows to the agenda-driven plot as one must always rag on males beat the agenda drum of homophobes ‘behind every bush!' Season 7 may have contained the last episodes of a long run of excellent television...now ended. another once outstanding and upstanding show is on the skids. R.I.P. Castle.

This was one of my favorite shows but recent years have been declining. I find this season unwatchable. The latest Pitch Perfect murder was boring. I'll watch the finale.

Boring filler, a waste of my money & Castle goodwill. Where are the rest of the episodes?

So now every time a friend of Becket is murdered, she has to go on a crusade and bring those responsible to justice? And what happens when the killers find out she’s tracking them? Are we supposed to believe they won’t target Castle and his family just because Becket left him? And finally, why does Castle think that if he helps Becket solve cases, she’ll come back to him. It’s just dumb and disappointing.

They are changing Kate too much.she was a lot better when she wasn't captain and her & castle worked side by side every case. SOMEONE NEEDS TO READ ALL OF THESE COMMENTS. Please don't ruin the show!!! Just make The show like the other ones 👌🏽

I don't get why the bad reviews, it still a good show. It's not the same castle as like two years ago but it's still nice to watch.

As with other series reaching their 5th, 6th, or 7th, season, I was anxious to see if Castle could maintain its quality. No other series I've subscribed to for this long has been this consistently good/excellent. I've accepted the changes, because the newer characters have proven a good fit. For Season 8 - I was surprised at the above-average writing for these first 5 episodes. * I'm glad Alexis has a more prominent role, especially in working with Castle's PI service. She's always been a good foil to his character. * It's OK that Becket is sneaking around on a high-risk assignment; adds to the intrigue. Not my favorite turn of events, but OK. * The comedy writing was excellent for "What Lies Beneath" and "The Nose." Mia's character added some real spice to the story. I laughed out loud during both episodes - and I'm watching solo. * I also like that the writers are doing an intelligent job with the script. No too high-brow, but not dumbed down, either. Very entertaining catch the oblique references. Finally, IMHO, it also has just the right amount of slapstick comedy.

The over arching theme of this season is a sorry, wooden rehash of episodes and seasons gone by. Save your time and money and find something else to watch. I have a huge case if buyers remorse having already bought a season pass.

After watching the second episode of season 8, I am completely dismayed by the direction of the show. The plot development is illogical and it seriously damages Beckett's character. She has been a strong, competent, interesting character with a wonderful story arc and this direction sends her backwards and takes away her intelligence and integrity which is truly a shame. I won't be watching any more episodes as long as this continues which makes me very sad. I miss the show I used to enjoy.

I'm not really a fan of change but I'm excited to see the direction this is going in! I'm personally a fan of the Beckett-as-detective-Castle-as-partner, solve a murder every episode dynamic but I'm also intrigued by the new writers' promise that it will be more reminiscent of seasons 1-3 which I loved as well! Definitely still my favorite show on tv!

I love the show so far. I just don't like change. I will continue to watch the show to see how the season shapes up. I wish all the cast and everyone involved with the show the best success.

The first two episodes of season 8 are making me glad I haven’t invested in the season pass just yet. Heavy-handed and overwrought, they’ve forgotten why people watch this show. I’m hoping it improves and they stop trying to become The Blacklist meets Three Days of the Condor.

A few changes in the backstage has brought a breath of fresh air to this show, which has been needing it since mid-season 6. I'm absolutely hooked. Castle was never a bad show but I think this new season is bringing back the greatness of seasons 1-5.

The show is seriously the best! It really doesn't get old! LOVE how this season is starting! We are in for a treat this year:D 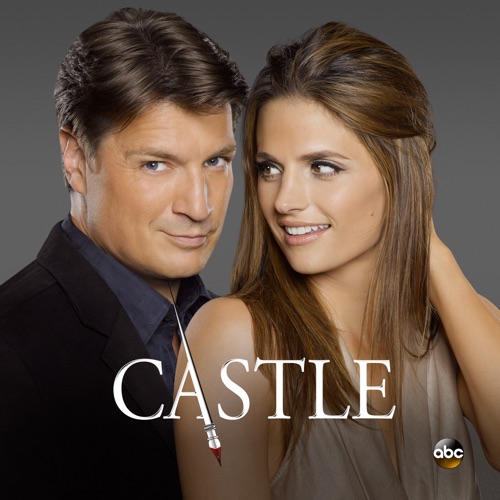