The "Below Deck" franchise is heading to the world's oldest cruising grounds, the Mediterranean Sea, for its next super-yacht charter season. The new European setting not only provides spectacular scenery, culture and nightlife, but a whole new level of service standards and charter guest demands. The series follows nine crew members living and working aboard a 150’ mega-yacht as it undertakes a new charter season in the Mediterranean. Providing unparalleled service to wealthy and uncompromising guests is made even more difficult as the team faces everything from love triangles to seeing fellow crew members shockingly cross the line with guests.

Do you love Below Deck Mediterranean, Season 1 tv serie? Please share and improve it :)

Watching this show is eye opening , the ship personnel are awful , I can’t believe the terrible things they say about PAYING customers. They complain about working but it’s their JOB. Their attitudes were grotesque. *Kat Held is the truest form of filth * Sam claims to have a higher education, but she acts like a disgruntled child. Shes ugly on the inside and outside.

Paying customers should get their episodes in timely fashion. Get it together!

Hey Itunes ! Where is the season finale? Cmon stop slacking. Upload it NOW.

Where is last nights episode ?!?

Below Deck Med is just as good as the original Below Deck. I miss Captain Lee, but I know I'll get to see him on Below Deck, Season 4.

Below Deck is a great show , so when this version came on I had to watch it too. Chef Ben is one of my favorites and since he has crossed over to this series it's sure to be entertaining. As with the Caribbean version the crew all has their levels of drama, but this crew is really fun, with the exceptioon of Danny's laugh.

I actually like all the below deck shows, fun group of people, although Danny's laugh is a bit anoying and his continued flirting. Better be more careful man.

So glad this spin off is finally on. 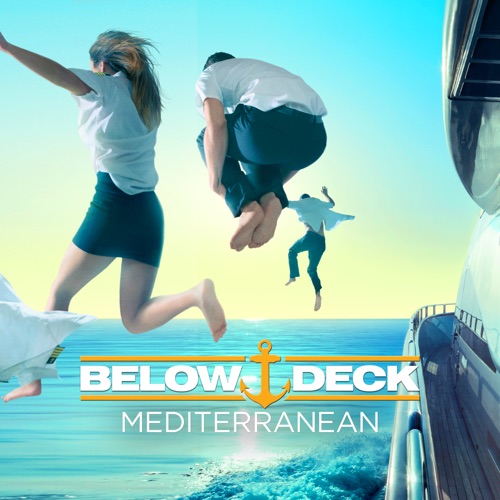