On November 22, 1963, three shots rang out in Dallas, President Kennedy was killed, and the world changed. What if you could change it back? James Franco stars in this epic time-travel thriller from J.J. Abrams’ Bad Robot Prods. based upon the bestselling novel by Stephen King. 11.22.63 delves into the darkness of the American dream.

I originally read the Stephen King novel of this story and couldn’t wait for a movie to be made. I was disappointed when I heard that no movie was going to be made. But!!! This series is so much better than the movie could be. Loved it. Like an adults Back to the Future!

The first double episode is brilliant, and promises so much regarding travelling back in time and all the mystery that might entail, but then the series descends into a serial drama focusing on the relationship between the main character and his girlfriend. Tragic really, to draw you in with such mystery only to find yourself watching a soap opera, with the timetravel aspect of the series demoted to the back seat.

Hands down, one of the best television programmes I have watched in a very long time. Despite being only eight episodes long, the narrative is very well developed and effectively draws you into the story from the opening episode. Highly recommend. The book, by Stephen King, of which this series is based on is also a brilliant textual representation of the alternate timeline around the assassination of J.F.K. Must watch/must read

While I loved the scenery and how they made it really look like the late 50's early 60's, this series was somewhat disappointing. The story plot is significantly changed in order to present it on the screen including adding characters and events not in the book. Im a James Franco fan and I really like his movies but I feel the role of Jake Epping was not for him. Jake and Sadies relationship was powerful and full of emotion in the book, while it was lame and unconvincing in the series. If I hadn’t read the book first, I probably would have enjoyed the miniseries more.

Many adaptations of Stephen Kings work are always tarnished when they reach the screen albeit big or small. 11.22.63 however in my opinion was done right. Great casting, slick direction, sharp editing and an impressive budget transform your viewing into a depiction of a real life transition to the 1960's. It looks better than Back to the Future ever did with the 50's era. Set in the present, 11.22.63 tells the story of English teacher who inadvertently stumbles across a time portal and transports him back to 1960 on a quest to prevent the assassination of JFK! But somehow in all this, time itself does not want to be changed and forces try to prevent our hero from completing his quest. Most people seem to haze away from the pilot episode which starts off a little slow but the moment Jake lands in 1960, you will be glued to your screen. It’s a rare treat of entertainment. 5 very deserving stars.

I have read the book multiple times and the Show is in my opinion just as good, if not better. The entire cast is great, and the visual style is awesome.

One who is too insistent on his own views, finds few to agree with him.

This show is pathetic. I read the book which is brilliant. How Stephen King could be involved with this pathetic attempt to adapt his book for TV I will never know. Icouldn't even accept it as a show inspired by the book because everything was messed up and the acting - ?? It is a shame beccause they had a great opportunity to do a great mini series. Sorry to be so harsh but it really is bad.

Don’t listen to the haters. They’re just mad because no one really loves them.

It's OK but the book beats it hands down. it's not even close. If you like the book you'll be disappointed in this.

This show is amazing in every way. The acting is superb and the characters are truly vivid. I really hoped that they would make more seasons, because this story is incomplete and that is why it must continue. Will it ever end? No. That is the beauty of it. Kennedy is an icon, not because of his life, but because of his shady end. Thank you for this wonderful season. It is worth watching several times.

Chuck Norris enjoys playing backyard games with his grandchildren. They often play badminton. But instead of using little sissy racquets & a plastic birdie, they use boat oars & dead chickens. 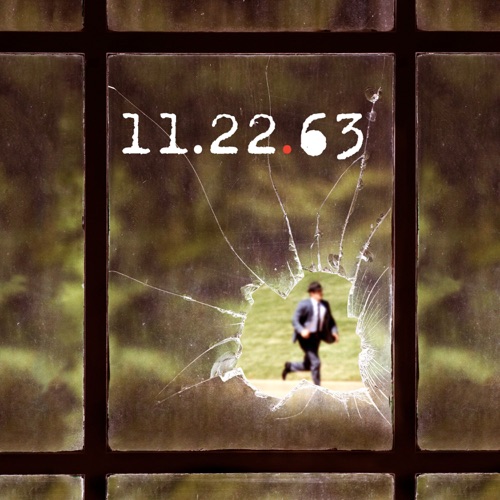