Five years ago, after teary good-byes in Seaside, the cast of Jersey Shore swore they would always do a vacation together. But life got in the way. Now, five years, five kids, three marriages, and who knows how many GTL sessions later, they need a break, and Deena, Jenni, Mike, Nicole, Ronnie, Pauly,and Vinny are back together and on vacation in a swanky house in Miami Beach. They’re all a bit older, but thankfully not necessarily wiser. Amid all the grown-up conversations about pre-school, baby mamas and marriage, are the same comedy hijinks we’ve all come to expect from our favorite cast. Going back to Miami has also opened the door to all the best Jersey Shore Season 2 references. Who can forget The Note, Single Ronnie, the shirt before the shirt and t-shirt time?

I agree that it has taken some time to get the first few episodes loaded but honestly it was worth the wait! I’ve loved the show since it’s debut and I still love the drama and the fact that even though the crew has grown up they’re still pretty much the same people that they were when it ended so many years ago! I’ll be buying season two when it comes out. I can’t wait to see what happens next!

This is more towards iTunes rather than a review on the show itself. I purchased the season pass so I *don’t* have to watch commercials. Its been 3 days since the episode aired (usually the episode comes out the day after on iTunes) and the episode still isn't up. Don't waste your money. Just bite the bullet and watch it on MTV.

It’s Sunday and the newest episode that aired on Thursday is still not on iTunes. Not worth spending money

iTunes takes forever to upload the next episode. The second episode aired last week not this Thursday...

not worth the buy, itunes takes forever to upload episodes so you might as well watch it for free on the mtv website or if you can catch it on tv

Thank you MTV for bringing them back

This was a perfect purchase, I hate cable so this was easiest. Plus I could watch an episode, then have my husband watch it later 👅 can’t wait for the next season!

Episode 14 at extra charge despite having the season pass? Please change this!

Why is it wanting me to buy episode 13?

The one stars are the people who don’t have friends and are incapable of a full send. And the show is absolutely fire.

Miss this so much. Glad that they are back again!

They’ve def. Grown up but still know how to party.

Brings back the memories of watching the show before I had my own children.

When will the novelty of these pathetic and stupid reality shows wear off??? I blame the brainless idiots who watch these shows. I don’t blame the networks. It’s unfortunately a reflection of the times. I include the Kardashians in this pile of garbage too.

I am loving this show I am as old as they Are , hey sometimes we all need to be a hot mess !

Omg I’m so happy jerzday is back!!! Yassss !!! I want this ishh foreverrrr

Luckily I only bought the first 3 episodes and so far I am extremely disappointed. All of the female cast members have changed for the worst. The only people that have not changed are Vinny, Pauly and Ronny. Mike used to be my favorite character but I really hate that he is sober now and not the main instigator. I hate every single one of the girls in the house. Jenny and Snooki look terrible and Dena has always been boring af. I can already tell there is going to be barley any drama or fighting. Hopefully they can amp it up some how, but as of now these is a catastrophe. - coming from a fan of the show since the beginning.

Terrible, don’t waste your money. I was a fan ...but what the hell? What a waste!

Where is episode 3?! I’m dying! It’s been 24 hours! Why is it taking so long?! So glad they brought back jersey shore but I payed $20 for a season pass not knowing I would have to wait dayssss for the new episodes after they already aired. Let’s get with it iTunes!

People hate to admit it but this show is amazing!

my faith in humanity wears thin at the idea that people really go out of theyre way to leave a bad review on the show they have no interest in. smh

I havent even watched it yet, but I love all the cast and I already gave it a 5 star lol!❤️ Barely bought it & im waiting patiently ahha

Words can’t explain how excited I’ve been for this

My #1 guilty pleasure show is back and it’s amazing!

This is what happens when a network has run out of ideas and needs money.

My faith in humanity wears thin as is

I’m Happy The Show Came Back And They Had Laughing Hard! I Love Them!

It’s pretty good, I think Pauly D is kind of annoying this time round though. Like his trying too hard to be funny, doing the same repetitive jokes. Vinnie, he’s interesting to watch still, great wit- he’s comedic family joins the show. Situation is great, he’s a lot more serious but also still very witty, but much more insightful and put together. He’s an interesting character to watch. Always has been. Ronnie is still Ronnie, likes to get drunk and cheat..., but is ruining his real life in the process. The girls are still funny. Deana is a alot better at expressing herself, Snooky is still very funny and silly with a heart of gold. Jwoww is a kinda the same, pleasant to watch, some what annoying though- not sure why- I think she tries too hard to control things around her, but in a party pooper, naggy, kind of way. Angelina... lol, she definitely made it interesting. Overall, I’m glad they are back!

Would love to know why this hasn’t aired or become available in Australia when it aired in the US days ago. Not happy MTV!! 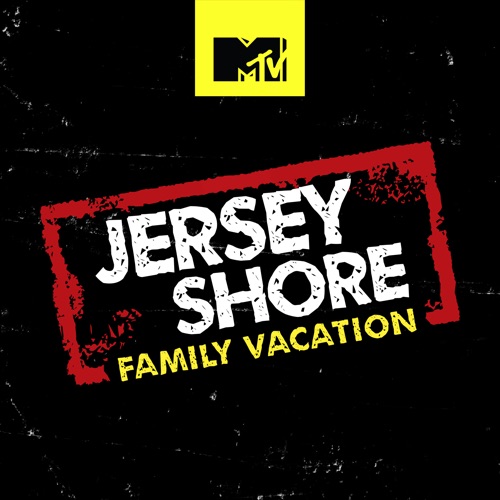