The gang kicks it off by heading to Las Vegas. After partying through Sin City, they head back to the East Coast, celebrating milestones in Atlantic City – and settle in for an extended summer stay at the Shore.

Tired of waiting for the finale, put it on already.

Seriously the season finale was three weeks ago, why no upload? What a waste of a seasons pass

Super annoying that you are 1-2 weeks behind!

Just very disappointed at the fact that I paid to get the episodes on time and they still didn’t upload the last 2 EPISODES (13th and 14th). Might as well watch them on the web for free. I’ll know not to buy the season for next time. Anyways. WTV

Apple needs to put up the episodes faster, a week after airing and still nothing on iTunes..

VERY frustrated, new episodes take forever to be put on. Not just with this show but may other shows.

Why does it take so long for them to update this....

Just as well I watch for free on mtv ?

Love it GTL for life

It takes days after the latest episode airs to get uploaded to apple. Apple is just brutal

no deena in this one to make it funny with snooky as meatballs...everyone on this one is depressed and acts unprofessional and take off for their own reasons during the filming ( pauly leaves to dj, vinny to a funeral, ronnie for relationship issues, jwow because she cant handle angelina around for even two days) this one is not funny or fun..just lame , boring and depressing.

After all the years they can still entertain me. 😎👍

💕 I wish maybe for 1 episode they would replace Ronnie with Sam! I love these Guys!

This show’s still great after all of these years, and I hope it never ends...a little too over-produced at times.

By Jersey Shore standards, this season is really good. It brings drama and problematic behavior in the only way that Jersey Shore does. I like the perspective from the view of them being older and some of them being parents. Snooki is as crazy as always. I love her!

Just drunks getting paid to get wasted on camera and put on more shoes, how about donating some shoes yeah?

Love that Angelina is back. Nicole (Snooki) is hilarious as always. Such a fun show to watch!

I love the tone of this season. It’s more real and we get to see more of their personal lives unfold. It’s a completely new format for Jersey Shore but it’s time. We’ll be seeing Deena’s gender reveal, Angelina’s triumph return to the Seaside Heights house, Ronnie’s over the top baby mama drama, JWOWW’s personal mom issues with her son, Grayson and Mikes upcoming wedding plus more. This season will also show the roomies go to Las Vegas for a week, then they fly back out to New Jersey to spend a weekend on their old stomping grounds in Seaside Heights, NJ. Then we’ll get to see more of their at home lives instead of them all together in one house. Eventually, they head to Atlantic City, NJ where they celebrate Mike’s bachelor party and go to Pauly D’s gig at the Harrahs Pool Party. The rest of the season, [which will be the longest season of Jersey Shore ever, estimate of 18 episodes] will chronicle a visits to Neptune and Brick, NJ, Nicole’s pregnancy announcement and Angelina’s breakup. Can’t wait to continue watching Jersey Shore: Family Vacation, Part 2 airing Thursday’s at 8/7c on MTV. 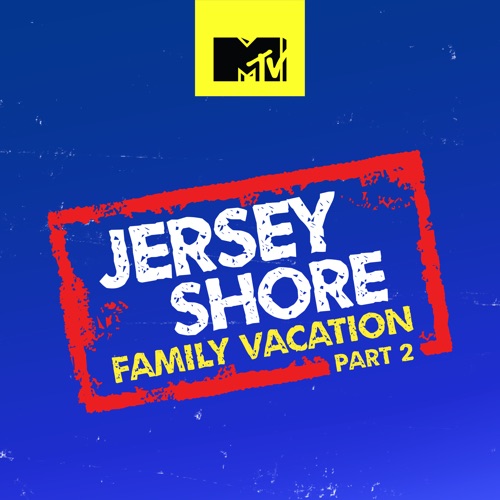