The City of Angels serves up a slice of heaven when Bravo Media's "The Real Housewives of Beverly Hills" returns for season nine. Erika Girardi, Dorit Kemsley, Teddi Mellencamp Arroyave, Kyle Richards, Lisa Rinna, and Lisa Vanderpump are joined by new housewife Denise Richards and friend Camille Grammer for a jaw-dropping season sprinkled with exhilarating highs and shocking lows. The epitome of a working mom -- perfectly blending her carefree California attitude with the glamour of a Hollywood actress -- newcomer Denise uses her very-direct demeanor to carve out a place amongst the opinionated group, which she finds is both a blessing and a curse.

Do you love The Real Housewives of Beverly Hills, Season 9 tv serie? Please share and improve it :)

This season was so funny. If you need a good laugh, what this season and the camping one pretty much amazing 🤣

Glad that LVP is finally exposed! Camille deserves a diamond for what she brought this year!

LVP is gone and girl bye. But the only other cast members that I can stand are Erika, but she's boring and Camille. Love Camille, give her diamond back!! The others can all go!!

The last 3 seasons have been horrible. They need to get rid of Eryka. She offers nothing to the show, other than scenes of her getting made up by her glam squad- which are SO boring. And the girls bicker about the same drama every episode?? Come on, get it together Bravo.

I’ve never missed a show of RHWOBL & always but a season pass. NOT buying another season pass again if no LVP next season on. The show is not the same without LVP. Can’t stand Teddi Mellencamp like all the other viewers. Thank you

Episode 21 has not been available for download. I’ve paid for the season pass and episode 21 is not available!!! Episode 22 will be airing tonight. Come on...

Why is it almost a week and still no episode 21!

I have paid to watch the whole season but it has been alomst 2 weeks without uploading episode 21? Why it has been so late?

This may be the worst season of the entire rh franchise to date! LVP was smart to bow out. Please dump dorit and the mean girl squad, atleast half the cast needs to be rehomed like that poor puppy

This is hands down their worst season. The dog drama has played out far too long. Also the show is still censored. Which is bizarre.

These women are vicious. Teddy is a noisy, pot stirrer. Kyle is plain mean to Lisa. Erika is so full of herself it’s obnoxious. Don’t even get me started on fake Dorit. And Lisa R is just not a good person. Sigh. Lisa V and Denise are the only ones left that are genuine, good human beings.

Somewhere between Bravo’s desperation to produce something that resembles “reality” and the vapid desperation of these over-filled and Botoxed “Housewives,” the form is played out and the story lines like #doggate and ganging up on an O.G. are like the proverbial skip in a record—inevitable and regrettable.

This Lucy dog drama the whole season?! Come on already! I thought it would just be episode 1!!

The drama heats up really fast and is super juicy

After a dud of a season last year, this season is thrilling with the drama starting early. Finally exposing LVP for the snake she is!

The nastiness of these women to LVP has turned entertainment into a can't-watch. 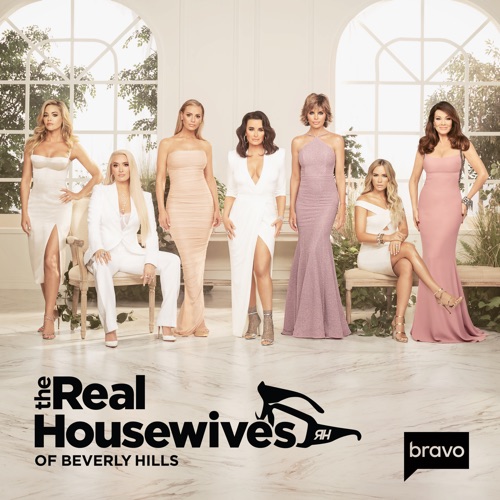