Do you love Yellowstone, Season 2 tv serie? Please share and improve it :)

Typical iTunes Canada, every episode of season 3 has been issued at iTunes USA. Not Canada, like shows like "Peaky Blinders", they post a couple of seasons in Canada and then tell us, no more. This service is pathetic, why I bother is beyond me?

Love this show. But when will season be available for purchase in Canada????

When will season 3 be available for purchase?

This is a story showing the life of the Dutton family living in a world , no longer present . A ranch managed by a patriarch (John Dutton) who is also the strong Lion-heart father of many chidren with whom , he has a complicated bond and yet is an attractive father somehow. The not so welcome “modernity”touches their life and the result is not similar among the children . With modernity , also come corruption and abuse/overuse of law . The Law is more like a means to the privileged to achieve more power or to maintain it . Similar to politics , everything has a surface and a core and not everything is really what it looks like to be .

Hard to watch when there is not a single redeeming character on this show....they are all vile!

I don’t agree with a lot of these reviews talking about stereotypes and politics.... get over it!!! Look for things to be offended by and you’re sure to find something......It’s written amazingly, it’s interesting, sexy, funny and it gets you in your gut! The family bond and commitment to their livelihood is intense. I rarely look forward to watching a show these days but this was it!!! It has given me a “lifelike” look into a realm I have never experienced, but could imagine. The strong patriarch that Kevin Costner plays made me FEEL his sense of duty and obligation to his legacy. It’s a very heartfelt show that does more than entertain you, it puts you smack dab in the center of their lives and makes you understand their choices ... in a nutshell lol I absolutely loved it and look forward to the next season!!!!!

Best show I have ever seen. Every episode is exciting and something happening.

Amazing show, hope they keep up the great writing action and scenery for many more seasons . Highly recommend watching this show.

This is the best tv show that has come along since Justified! 5 Stars all the way through every episode

My husband and I can hardly wait for season 3 and 4 and more! The local os so beautiful. The photography amazing! Kevin is a must see. The story is addiction and adrenaline !

Kevin Kostner knocks this outta the park. Love the storylines and amazing cast!

Hands down the best series in television !

The scenery is breathtaking! The family is down right crazy. They put the FUN in DysFUNctional to say the least. I like Kevin Costner, sometimes the story line gets a bit outrageous... but this is Hollywood so there you have it. Beth is something else I can't wait for them to say why she hates Jamie so much, besides he is a bit of a WHIMP along side of the rest of the nutty family. I like it, it's a drama it's location is so beautiful. I can't fathom how real people would act in real life there so I watch this show for it's mindless entertainment.

The best show hands down!

Kevin Costner’s acting is awesome. And the writing is superb. I hope this series runs for at least 6 seasons!

But the series absolutely sold me on him. Now I’m an avid fan of anything he’s in going forward. I think he’s at his apex now and this series opened my eyes to it. The supporting cast is amazing and I’m just drawn in. It’s like Shakespearean drama in the West. Give both seasons a chance. You’ll be a fan too if you weren’t already.

Those people saying the show has a left wing idealogy steeped in the writing and production are correct. It clearly does. Especially the season 2 finale, which was not so subtle about it all. While men with guns show up at various locations to try and save a child, and kill everyone in sight, including women, men with "right to bear arms" on thier shirts are portrayed as the villians. It's just a silly thing to see. That said, I do enjoy the show because that is not a frequent occurance. Generally speaking it's a very well written melodrama about a messed up family being a messed up family in an absolutely gorgeous setting. And the performances are all top notch. I am a Kevin Costner fan, and his work on this show is effortlessly solid.

Beatiful area, great soundtrack, a very heart wrenching type of situational living, good characters, well acted, and well played. Very worth the watch. You can say what you want on the the stereo types. Its gonna keep you coming!!!

Bb b u yvyyyyhbbuyu bhh yy

Bbbb y yh is big. Govggvvggggygggvgggvvvvvvvvvvyvgvgvgvvvyvvgvyvvvgvv. Biggs by both. BBBbbv

Yellowstone season 2 is a runaway hit!!!

Watched the first episode and couldn’t stop. It’s a great series! If your tired of your favorite characters always dying and want to follow a show with good character storylines this is it. Hope they’ll be more seasons to come and Kevin is a Boss!

Nice to see TV like this still being made!

The ranching aspect is so off the mark, it is pathetic. The three kids are are so stereotypically screwed up... but the show has me wanting to see more....a soap opera set like the “Big Valley” and Costner plays a male Barbara Steinwick .... if anybody is old enough to remember that western series.!

This show has exceptional actors/acting. When talking about how great this show is it is in the same breath as Walking Dead, Fear the Walking Dead, and Game of Thrones. Nobody should rate this show below a 5 (maybe a 4 the lowest only if you can pinpoint a real problem with the show). Anyone else who rates lower than this is just trolling other fans..... this is an amazing product

I absolutely love this show. It’s the best I’ve ever watched. Kevin Costner is terrific in this as John Dutton

Set in Montana. Filmed in Utah.

A thoroughly enjoyable show. I know it contains a number of stereotypes: wealthy ranchers, fighting cowboys, etc., but it’s great fun to watch. The landscapes are gorgeous and the horsemanship by the actors (or stunt men) is incredible. Well worth the watch!

I give it a one star cause iTunes doesn’t make it available until 3 days after it’s released.

It’s getting better with every episode and it’s a lot better than season 1 .. simply amazing!

Love the cast, the story and the drama!! Hoping for like 100 seasons!

You have a working knowledge of Montana, ranches, reservations, and politics, you’ll enjoy this. YES there is some Hollywood to it, but this crew really cowboys and yes people fight/punch when disagreeing, it can be dirty at times, and some people’s belief system is horrible- but that’s like life and that’s why it’s good. -BornandRaisedinMT

No joke. Love this show

One of the best I have watched can’t wait for this year.

Season 2 jumps off with same intensity as season 1 ended with the one show I have looked forward to coming back more then anything else. Great stories great acting this show is amazing.

Best show on tv by far!

Love this show, but I also love Kevin Costner! Not sure what the show would be without with him, but for now I’m really enjoying it! Montana is beautiful and it’s visually spectacular.

Plays off the worst sterotypes of Montana. Not origianl at all, not helpful to the State and people of Montana. Reinforces that you can just punch anyone you just disagree with. Drink, punch people, sex rinse repeat. You can do better! Also quit name dropping!

Enough said. When and if he leaves this series: DONE

I love good western movies, tales, stories etc. I watched Season 1 and I was NOT disappointed as a matter of fact, I have been waiting for Season 2 from the moment I finished watching the last chapter of Season 1. I am very pleased that the show it’s moving on.

Kevin Costner is awesome as John Dutton. Taylor Sheridan is a great writer and director. Paramount Network thanks for bringing Yellowstone back! Yellowstone is extremely well written with top notch acting from an amazing ensemble cast. 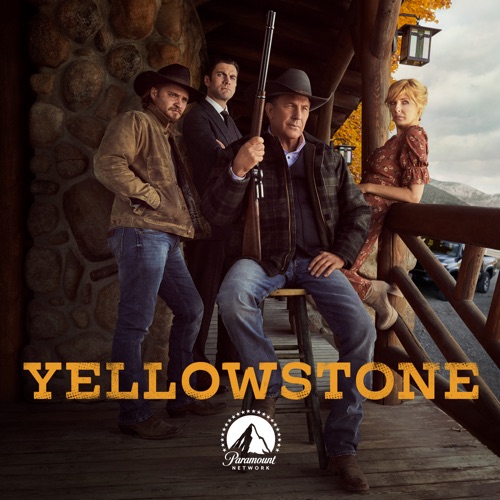