A drama series based on Neil Gaiman's novel of the same name. American Gods pits Old Gods against New Gods, with the ancient mythological ones fearing irrelevance as their believers die off or are seduced by the money, technology, and celebrity offered by the younger deities. Shadow Moon (Ricky Whittle) is an ex-con who, left adrift by the recent death of his wife, becomes bodyguard and traveling partner to conman Mr. Wednesday (Ian McShane). But in truth, Mr. Wednesday is a powerful old deity, on a cross-country mission to build an army and reclaim his lost glory.

Do you love American Gods, Season 2 tv serie? Please share and improve it :)

This show is amazing!

First, let me just say, "Great job!" for putting a HUGE spoiler at the very beginning of your description of S2 Ep8. Anyway... I'm a big fan of the book, and really enjoyed the series at first. Towards the end of S1, however, I started to feel like the show was already going downhill. It started feeling less cohesive, less sharp, the scenes with the new gods have been increasingly annoying... a lot of things... with the exception of S2 E7, which is one of the best hours of TV I've ever seen (BRILLIANT sequencing: reverse descent into madness). I think some of it may also be Ian McShane fatigue, honestly. Pablo Schreiber's masterful performances kept me coming back when I otherwise would've bailed already, but yeah, I'm definitely done now.

I have been following this series and just about anything written by Neil Gaiman; the guy is a genius. Of course, lots of people can’t stand anything that is new, which is sad (embracing new things is the spice of life). As for me, I look for a series that has wonderful writing, great acting, originality, some humor, and thrills. And if your show makes you ponder what it’s all about and you suddenly grok it all, consider yourself blessed. You can’t get better than American Gods.

Nothing in it makes sense to me. Not a good show. Wouldnt get it if it were free

Good story and great acting except for new media,they could of found someone better for the role.also would of been better if they could of stuck with the somewhere in history stories that the funeral director told every episode.all in all pretty entertaining for this day and age of remakes and 10 sequels industry.If they lose the guy who plays Odin or Mr. World this will be the last season,writers be WARNED! 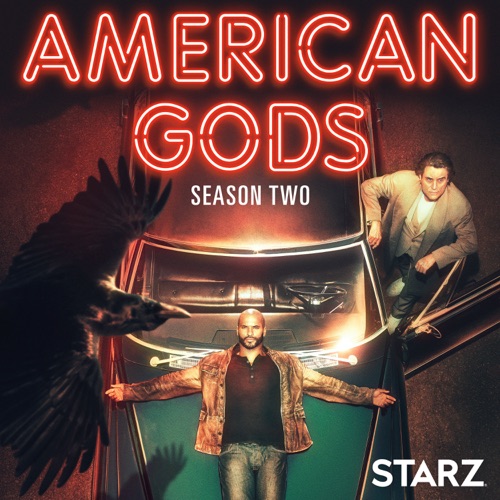