This limited series continues the story from the Golden Globe and Emmy award-nominated STARZ Original Miniseries THE WHITE QUEEN and the STARZ Original Limited Series THE WHITE PRINCESS. Catherine of Aragon, is the beautiful teenaged princess of Spain who was promised the English throne since she was a child. She arrives in a grey, rain-lashed England with her glorious and diverse court including her lady-in-waiting Lina - an African Moor. She is Princess of Wales now, but when her husband Prince Arthur dies suddenly, the throne seems lost to Catherine. Until she claims her marriage was never consummated and that as a virgin she may set her sights on the new heir, the charismatic and headstrong Prince Harry who will one day rule as King Henry VIII.

Do you love The Spanish Princess, Season 1 tv serie? Please share and improve it :)

Know, first, who you are, and then adorn yourself accordingly.

So basically... I love Tudor history it’s self. But this I mean it’s okay... It doesn’t say the whole truth. Like Henry did not have that hairstyle. NO ONE DID 500 YEARS AGO. It’s ridiculous. If you like Tudor history I recommend The Tudors because this no way!

another yada yada production to mask the truth, insult our people and promote the globalist agenda. I say yada yadas needs to do movies about moors in their own royal courts, oh wait, yada yadas don't have noble families only banking lineages of thieves and Hollywood pedos.

Screw history let’s just diversify and make history up as we go!

The Most Interesting Man in the world is Bizarro Chuck Norris. 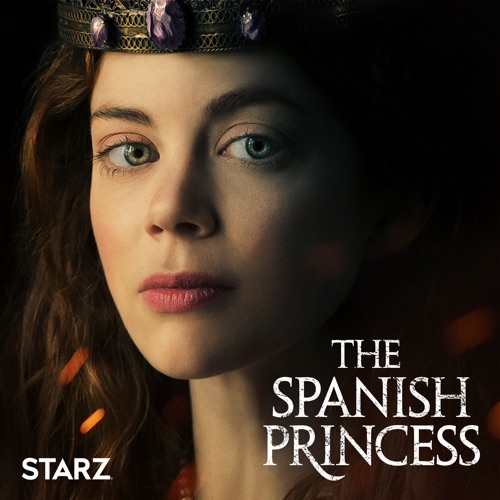