The gang kicks it off by heading to Las Vegas. After partying through Sin City, they head back to the East Coast, celebrating milestones in Atlantic City – and settle in for an extended summer stay at the Shore.

Please post the New Jersey Shore: Family Vacation episode for March 19, 2020 ASAP. I am so excited or it that I haven’t been able to sleep....

So, is Apple planning to let us view the new episodes of season 3? The second half began airing 5 days ago on MTV. What gives?

Love this show. Would love if it was on forever

And more tarded than ever!!!

This show was never good why make another show it’s like watching someone die over & over again......STUPID

Never seem to be able to upload the episodes consistently. It is Sunday and last weeks episode is still not here.

Your consistency on releasing new episodes makes you a CHOOCH! Drop #27 (according to iTunes) already!

I can’t buy the current episode which aired Thursday but I can get it on amazon prime!!! What is up with this app!!! Horrible!!

I'll never buy an iTunes season pass for this show again. How about you guys upload the episode I paid for already that's available everywhere else on the interwebs except here? Second week in a row & now we are all stuck at home so it sure would be nice to be able to watch it...

Where is the new episodes?

wish episodes were given to us right at 12 on the dot. like it’s 12:07 and they still haven’t gave us the new episode like what is the point in purchasing it then?¿

Why am I purchasing a full season if I’m not going to receive the new episodes?! Missing episode 10 from last week and episode 11 is airing tonight and neither is showing up as coming soon like the other episodes did every night it aired. Not happy and everyone who purchased this should get a refund for not receiving exactly what they ordered

Why isn’t the newest episode released yet? Should have been released at midnight like other episodes. If we’re paying for it, it should be given to us in a timely fashion.

Good season so far! Can’t wait to see JWow have a meltdown after her young fella peters out on her. Also Ronnie is still a disaster. I feel like Angeliners and Vinny are gonna finally bang.

If you love jersey shore shore shows, then your gonna love this show! It has a lot of laugh and surprising things happening in this season🙂

This isn’t the first time episodes have aired already and yet it’s not out on iTunes yet. This is super poor from iTunes as we have paid for the season pass 😡

Where is the next episode?...

Where are the new episodes???

Love this season so far

Where’s the next episode??? 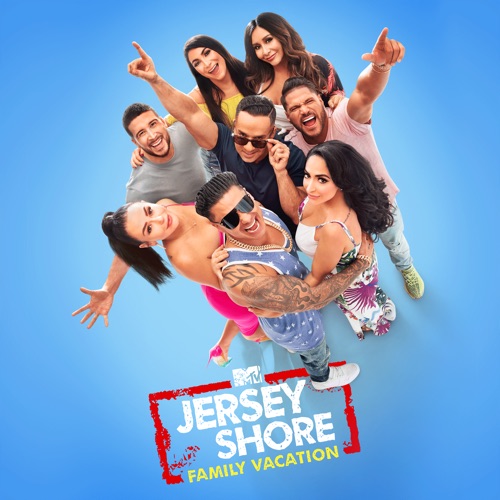