After answering a distress signal from the U.S.S. Enterprise, season two of STAR TREK: DISCOVERY finds the crew of the U.S.S. Discovery joining forces with Captain Christopher Pike on a new mission to investigate seven mysterious red signals and the appearance of an unknown being called the Red Angel. While the crew must work together to unravel their meaning and origin, Michael Burnham is forced to face her past with the return of her estranged brother, Spock.

The most formidable weapon against errors of every kind is reason.

Ok I don't want to give away any spoilers, but let's just say that they once again give a slap in the face to loyal fans of the series since the original/TNG era! Fans of the classic series are gonna hate some of the things and characters they desecrate in season 2.. I still can't get over how the Klingons look like Blue fish people in a cult or something, agh so bad!! Also I BALKED at how at the end of the last season they just jumped ahead so far instantly, that is no way to do things, people want to know what happened DIRECTLY after the last events, not "ok, and now let's skip a bunch of story and jump to the future out of nowhere"! I think they did this because they knew there was a chance they might be cancelled and wanted a backup plan to wrap things up. But even so it wasn't cool! I don't want to say anything else in case someone actually wants to watch this terrible show. My advice: watch Star Trek: ENTERPRISE if you want a prequel! It is an awesome series and actually stays TRUE to the series! 1.5 stars.

I'm old enough to remember when TOS premiered. This latest reimagination of the Star Trek universe is refreshingly different . I like how they are focusing on Captain Pike, who was supposed to be the original captain in TOS and Michelle Yeoh is just hot hot hot...

A star is an astronomical object consisting of a luminous spheroid of plasma held together by its own gravity. The nearest star to Earth is the Sun. Many other stars are visible to the naked eye from Earth during the night, appearing as a multitude of fixed luminous points in the sky due to their immense distance from Earth. Historically, the most prominent stars were grouped into constellations and asterisms, the brightest of which gained proper names. Astronomers have assembled star catalogues that identify the known stars and provide standardized stellar designations. The observable Universe contains an estimated 1×1024 stars, but most are invisible to the naked eye from Earth, including all stars outside our galaxy, the Milky Way. For most of its active life, a star shines due to thermonuclear fusion of hydrogen into helium in its core, releasing energy that traverses the star's interior and then radiates into outer space. Almost all naturally occurring elements heavier than helium are created by stellar nucleosynthesis during the star's lifetime, and for some stars by supernova nucleosynthesis when it explodes. Near the end of its life, a star can also contain degenerate matter. Astronomers can determine the mass, age, metallicity (chemical composition), and many other properties of a star by observing its motion through space, its luminosity, and spectrum respectively. The total mass of a star is the main factor that determines its evolution and eventual fate. Other characteristics of a star, including diameter and temperature, change over its life, while the star's environment affects its rotation and movement. A plot of the temperature of many stars against their luminosities produces a plot known as a Hertzsprung–Russell diagram (H–R diagram). Plotting a particular star on that diagram allows the age and evolutionary state of that star to be determined. A star's life begins with the gravitational collapse of a gaseous nebula of material composed primarily of hydrogen, along with helium and trace amounts of heavier elements. When the stellar core is sufficiently dense, hydrogen becomes steadily converted into helium through nuclear fusion, releasing energy in the process. The remainder of the star's interior carries energy away from the core through a combination of radiative and convective heat transfer processes. The star's internal pressure prevents it from collapsing further under its own gravity. A star with mass greater than 0.4 times the Sun's will expand to become a red giant when the hydrogen fuel in its core is exhausted. In some cases, it will fuse heavier elements at the core or in shells around the core. As the star expands it throws a part of its mass, enriched with those heavier elements, into the interstellar environment, to be recycled later as new stars. Meanwhile, the core becomes a stellar remnant: a white dwarf, a neutron star, or, if it is sufficiently massive, a black hole. Binary and multi-star systems consist of two or more stars that are gravitationally bound and generally move around each other in stable orbits. When two such stars have a relatively close orbit, their gravitational interaction can have a significant impact on their evolution. Stars can form part of a much larger gravitationally bound structure, such as a star cluster or a galaxy.. 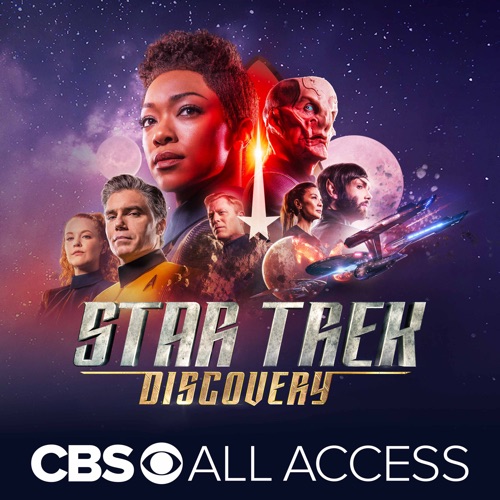