Set in an alternate history where masked vigilantes are treated as outlaws, WATCHMEN, from executive producer Damon Lindelof (Lost, The Leftovers) embraces the nostalgia of the original groundbreaking graphic novel of the same name, while attempting to break new ground of its own. WATCHMEN reunites Lindelof with The Leftovers’ Regina King, leading the cast as Angela Abar, who wears two masks; one as a lead detective in The Tulsa Police Force and another as wife and mother of three. The cast also includes Jeremy Irons as the aging and imperious Lord of a British Manor; Don Johnson as the Tulsa Chief of Police; Jean Smart as FBI Agent Laurie Blake; Tim Blake Nelson as Detective Looking Glass; Louis Gossett Jr. as Will Reeves; Yahya Abdul-Mateen II as Cal Abar; Tom Mison as Mr. Phillips; Frances Fisher as Jane Crawford, Sara Vickers as Ms. Crookshanks and Hong Chau as the mysterious trillionaire, Lady Trieu.

Do you love Watchmen, Season 1 tv serie? Please share and improve it :)

Got to up in the top 5 this series. I would have watch the movie if I had it but it wasn’t so bad that I had to watch the series without having seen the film.

I've not actually seen the film, but the series is stupendous. I'm sincerely in awe of anyone who can come up with such a tribute to storytelling. The mix of grittiness and sci-fi fantasy is very special. Well recommended!

As a fan of the original graphic novel and someone who for the most part enjoyed the movie adaptation (barring the sudden and bizarre digression if a different ending), even I was somewhat at a loss after the first episode of the Watchmen tv show. To those familiar with the source material the show immediately feels like it’s in the same universe, but there’s little to link it to the original story. For those unsure of where the story is taking you after the first two instalments, I highly recommend sticking with it as the layers begin to peel back and the story reveals its relevance to the earlier book. Watchmen’s fictional dystopia is cunningly underpinned by references to real world historic events and disturbingly on point allusions to recent rises in racial tension - painting a grim vision of a reality barely removed from our own. Regina King is superb as masked cop Sister Night, supported by similarly brilliant cast including Yahya Abdul-Mateen II, Jeremy Irons, Don Johnson, Tim Blake Nelson and Jean Smart. Without doubt one of the most brilliantly played shows of the past decade, Watchmen is smart, absorbing and frightening and definitely the sequel you didn’t know you needed.

Watchmen is one of my favourite films. I had high hopes for this series, it does not disappoint. A modern classic, joyful and intriguing. Bing watched in two days.

Didn’t know what to expect. Definitely in my top 3 series.

To much rhetoric about this being too political.. I think we need a little political right now !! This show is frankly amazing, thought provoking and genuinely a work of genius. It surpasses the movie and I hope season two is already in production. A modern day “game of thrones” but without the naff ending!!!

An amazing show full of layers that takes the original graphic novel of the same title to another level. The acting and storytelling is superb; creating lots of different stories that are all interesting and come together at the end. Must read the original source material to understand, or at least watch the film but is highly worth it. Would recommend to any fan.

I literally check this every single day, waiting for any kind of price drop...

Every show from HBO is 50% more expensive then they should be and if you don't support the show HBO pulls the plug, it's that simple. Now to the show, excellent story, well acted and I hope we see season 2, it is one of HBO's best effort in years.

Ignore trolls. Fantastic show with deeply layered themes and a lot to say.

Really enjoyed this limited series, still w/in the universe but definitely able to stand on its own two feet...also, being a huge fan of NIN: Ghosts, I thoroughly enjoyed the score to this series & it being released in 3 parts on Apple Music...

Twisted at times but extraordinary and good

It’s a ok show...the comic was light years ahead of it

This show is art. That’s all.

Incredible! Thought they couldn’t continue the story in a relevant way and I was wrong. Watchmen 2019 takes the reality of the graphic novel and builds a world that is strange, but also familiar. Taking on questions of race and morality that are thought provoking and important. Worth buying the season to watch again.

I think ultimately Lindelof did the right thing in making this his own take, instead of trying to rewrite a classic. It was a solid move to make the story both prospective and retrospective, to attract both new and die hard fans of Watchmen.

I love this show, from the message, the acting, and comic relief.

Definitely not for kids, and you may be confused for several episodes about what’s going on with the guy in the English castle. But stick with it! It’s an intricate, fantastically well written adventure that honors the original comic better than that movie adaptation did. But it’s a sequel to the comic set years later and focusing on different characters, not a copy or reboot of the original. Have a box of tissues on hand when watching episode 8!

This show was even better than I expected. I genuinely don’t know why it doesn’t have a unanimous 5 stars. I’m not a comic book person, nor have I ever watched/read anything Watchmen related whatsoever. I never felt like I was missing anything. Also the soundtrack is amazing g as well.

...they’re from all those viewers who want to make America hate again.

Title says it all

Of television I have ever seen. It was perfect.

It's hard to describe how awful the writing and story is. The actors are quite good and the show clearly has a big budget, but the pointless idiotic scripts are written by someone in high school, apparently. Got though four episodes and gave up. Watch the movie instead.

Some more millennial tv programming. Squeeze every conceivable left agenda talking point into a move, regardless of weather it is germane to the movie, plot, or characters. It did make the story richer, by rambling, chasing every possible aspect of a character, it just cost more in film and left less time for more interesting shiet.

I cannot think of another TV Series that shifts the Overton Window as much as Watchmen. Perhaps To Sir with Love and Guess who is Coming Home for Dinner was the last comparable shift on a screen. Even the homosexual scenes have symbolism, a black man dominating a white man. The white nationalist plot and resolution should make 33 percent of Americans uncomfortable. The idea of the first Watchman being black should challenge the status quo. This Series is unparalleled. The whole Series is deconstructionist and applauded . This Series can be purchased.

I guess I didn't expect much from a show called Watchmen, who's main character is a woman. I couldn't sit through the first half hour of it. Unnecessarily gory, and including all the woke, racial stereotypes that you'd expect from any sort show produced in the US today. I'm sorry I bought the season. Maybe it gets better further into the series. I'll never know.

The is a great continuation and remix of the source material that’s held in such high regard amongst the fans of the original comics. So many Easter eggs, references, and very thoughtful tweaks for the world we live in today. I loved this show and I would love to explore this world more, but I am totally ok with this being a one season masterpiece.

This show was so uneven in pacing. Some episodes absolutely went way to long. Really feeling mixed. Not a huge fan of the universe. Read some of the graphic novel and watched the movie. Mostly wished I didn’t watch it, but some scenes and moments great.

This is coming from somebody who was 100% against it when it was announced. I am VERY surprised and happy with this series.

Worth a watch! Really enjoyed it☺️☺️

This is a sequel to the original comic. Everything takes place in 2019 in their timeline. Well done show, fantastic acting and worth the watch.

the one star reviews haven’t seen the show. it was very good, people are petty for no reason.

Trash. Boring and weird and nothing like the movie

I am so invested in these characters. Great writing.

This trash purposely inserts as many black people and women into as many different roles as possible. Neglecting entirely to examine if any of these minority quotas actually have any talent for acting. Thankfully the budget for this abysmal trash was minuscule so even for the average dim-witted, racist, woke, leftist moron it is pretty difficult to see past the woefully bad special effects. If you don’t believe me then try to get through the first 60 seconds of the first episode. If you have even an iota of intelligence then you won’t be able to stomach this awful train wreck. It’s painfully pathetic and these people aren’t actors. They’re imbeciles with badly done makeup and low-budget costumes who couldn’t act to save their lives. The sooner the production set for this massive turd burns down the better. The original watchmen is an iconic classic. This pile of steaming excrement doesn’t deserve anyone wasting their time watching it. Everyone involved in this project should be fired for butchering such a worthwhile comic series. I’m black and I found this woke trash to be offensive. I don’t need Hollywood pandering to me to encourage me to feel sorry for myself. I need to be respected and treated as an intellectual equal rather be talked to by the pigs that made and funded this nonsense.

Great Music Great writing Very satisfying to watch it’s great You should watch it person reading this. It all comes together in the end. Great twists and turns.

Worth a watch. Pity Foxtel has the rights to HBO and AU have to watch it months after it airs in the US.

Creating new characters within such a hallowed alternate universe and making the original story better? Genius. So many social commentary strands with a love story burning brightly within the tangled web. Immerse yourself.

The best show of the year.

This is not the complete season. Unlike other HBO shows, once they are off Foxtel they make the whole thing available. This is missing an episode. I hope iTunes can fix this. 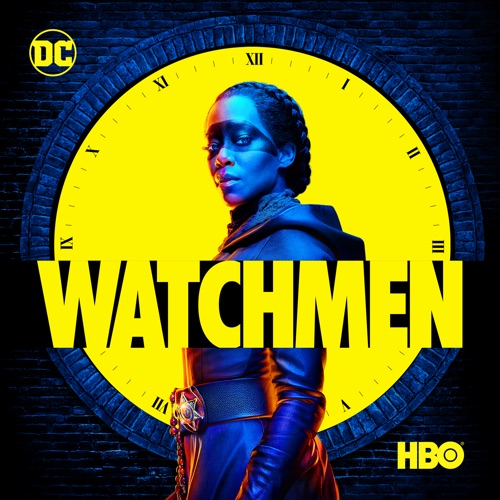