The trials and tribulations of criminal lawyer, Saul Goodman, in the time leading up to establishing his strip-mall law office in Albuquerque, New Mexico.

Please fix how this is organized with the other seasons.

Imo its better than Breaking Bad

This drama eventually started getting interesting with the introduction of Lalo Salamanca. In fact, the drama is getting extremely dangerous that it keeps your heart pumping. I was actually feeling the fierceness in Lalo’s treats and sinister actions. Keep it up guys! I’m now loving this movie 🍿 I will be excited to see it converging towards the breaking bad sequel.

This show is so underrated, it’s almost criminal!

I always thought Breaking Bad could not be touched but wow wow “Better Call Saul” is coming in hot and it is just as addictive!!!!

I love this show so much! Ever since this show first aired in 2015 I’ve been hooked!! Also, a huge Breaking Bad fan. Even if you’ve never seen it, Better Call Saul would still leave you with all the drama & anticipation with each episode! Sad the sixth season will be the last but makes sense. Can’t wait to see it to the end!!!!!!!

One of TV’s best shows ever. Must-see series.

as any other season before: This is a brilliant show. I don't know why people have to give it one star just because Apple or Netflix isn't quick enough. The show itself is fabulous.

Started off running and hasn’t disappointed. Every week I can’t wait for the next episode to come out.

This is one of the best shows ever. Everything about it is well executed. Bob Odenkirk doesn’t get the credit he deserves. Give us 5 more seasons please!!!

Breaking Bad is one of the best shows ever to be produced. Vince Gilligan and the crew have outdone themselves on BCS. It may actually be even better than BB!

First: this show is amazing. I paid for the season pass to watch the new episodes when they aired. I'm writing this on March 3rd. Episode 3 aired yesterday. It is still not available and there is no schedule that explains when it will be. It was the same with the first two episodes. It is frustrating to have paid and then have to miss out on the conversation online and around the water cooler. Look elsewhere if that is why youre looking here.

Where is episode 3? Not sure why it isn’t on here when it aired last night...

As I have cut the chord, I bought the season thinking I would see each episode within a few hours of it being released on TV. Still waiting for episode three released 12 hours ago. Spoilers already out there.

But as is often the case with iTunes, they are slow to upload new episodes. Why the delay??

This show is almost as good as breaking bad. I’d like to see a spin off about Gus because he seems embroiled I’m so much mystery.

Breaking bad quality for sure

Do you need a lawyer who dresses like a clown ? Call Saul Goodman.

This is one of the most well written, beautiful, intelligent shows I’ve seen. Loved breaking bad as well. Bob Odenkirk is a genius, and is surrounded by top talent. Can’t get enough. I’m so sad when people who are illiterate give one star reviews because they don’t grasp iTunes. The shows rating shouldn’t reflect consumers lack of intelligence.

Excitedly await Jimmy spreading those evil butterfly wings and transforming into Saul. Thanks Bob for another season.

People be tweeting way before I can download it

Looks good can’t wait. Hope this season pass works unlike survivor bc it’s been two day’s since the last episode

Better Call Saul will make you watch because it’s the slowest show ever. Savor it. Sit back. See what you didn’t know what happening. Awesome show. 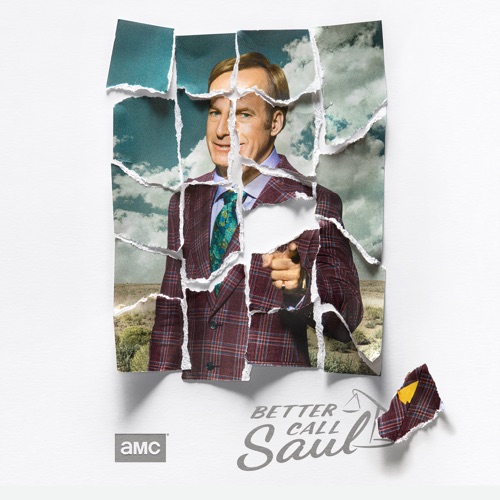