From director/executive producer David Ayer ("Training Day," "End of Watch"), DEPUTY blends the spirit of a classic Western with a modern-day attitude and emotionally driven, visceral storytelling. Featuring an ensemble of ambitious and complicated human beings who won't rest until justice is served, DEPUTY brings a gritty authenticity to the modern cop drama. The Los Angeles County Sheriff's Department is one of the largest police forces in the world, but when the elected Sheriff dies, an arcane rule in the county charter, forged back in the Wild West, suddenly thrusts the most unlikely man into the job. That man is BILL HOLLISTER (Stephen Dorff, "True Detective," "Star"). A fifth-generation lawman, Bill is only interested in justice; his soul wears a white hat. The bad guys don't stand a chance, but neither do the politicos in the Hall of Justice. The dangers associated with the job often lead the police to LA County General Hospital, where Bill buts heads with Dr. PAULA REYES (Yara Martinez, "Jane the Virgin," "True Detective"), the hospital's chief trauma surgeon -- and his wife. Given a job he never wanted, in an unfamiliar sea of politics, Bill quickly learns that doing what is expected and doing what is right are two different things, and that his innate, dogged pursuit of justice is the only skill the job truly requires.

Do you love Deputy, Season 1 tv serie? Please share and improve it :)

If I wanted bias hollywood I would watch cnn.

this show had so much potential but it's so oversweetened by PC BS lecturing that it's unwatchable...

Step back from the political tension of the moment, people. This is just a drama placed in a time and setting (now, California) where not everyone is white. That being said, it reflects some of the issues/concerns of that population. Take a breath. I found it to be an entertaining, well-written, adequately casted show.

Chuck Norris won on 'Dancing With The Stars' by BBQ'ing a rack of pork ribs. 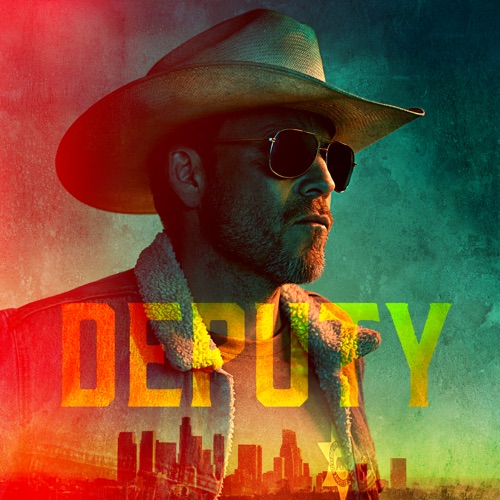