The story of two women with brutal pasts, addicted to each other, trying desperately to live apart.

Do you love Killing Eve, Season 3 tv serie? Please share and improve it :)

S3 was boring. KE now feels as if it’s directed at the young crowd who stan and ship everything. Mindless bubblegum tv.

To be honest, it's good, but not as good as the first two seasons. So far (three eps) it feels a bit futile and disappointing. The characters became a bit dull too. I mean I would continue watching it, but I miss the sharpness that this show had. I hope it changes my mind with the five episodes that are to be released! II Edit: Never Mind. The rest of the episodes didn't change anything. It's not even "a bit". It's became futile, dull and overall ordinary. I had high expectations for this show but the writing is so enervated as if they ran out of ideas. And most importantly, Sandra Oh's deserves better. Isn't Eve the central character? yikes

This show is amazing, the writing, acting the beautiful haunting soundtrack. It’s different then anything out there. It so refreshing seeing such strong female leads not written in typical obvious roles.

It is a sad year for Eve et all. As is typical of TV series, that start out well then about season 3 the writers get lazy, bored, hohum and we have to suffer boredom for a while. I would rather watch a short season run that is exciting throughout than the drawn out typical productions that we have had for the past number of years. Maybe that is why I prefer British productions, they are fast paced, on target and keep my attention.

I loved season 1&2 and had high expectations for season 3. But so far season 3 just sucks. The story line is boring and the cinematography is terrible. Most likely wont finish this season, already wasted 3 hrs of my time

First off, I love this show. Villanelle is fantastic, as is Sandra Oh. The first episode of season 3 was good, however it seemed a bit aimless. That feeling got a lot worse in the second episode that had “filler” written all over it. Something like the feeling I got after the second episode of the final season of Game of Thrones aired. Basically nothing important happened which makes me think the writers are in trouble without a clear direction to travel. Hopefully I’m wrong on that, but beware! I actually turned off the third episode partway through it was so boring.

Although season 3 was very different from previous seasons, the core undertone of the show was very present. Jodie Comer and Sandra Oh are in a world of their own with how phenomenal each performance they give is. Their chemistry is off the charts too. Fiona Shaw also DELIVERS this season. As always, a great way to escape and be entertained.

Very poor season. No story, no plot, meant I guess to be call out to the LGBTQ community - the only story is that the two female characters think about each other and spy on each other. No sense of danger or menace.

This show is worth the watch. Jodie Comer is a breath of fresh air. Her acting skills are off the charts. She has this way of bringing you in.

No offense to the incredibly talented four main performers, Oh, Comer, Shaw, and Bodnia (or to the characters they created, written so brilliantly in Season 1 and sometimes just as powerfully in Season 2). But...WHAT? Everyone knows it's true all good things must come to an end. It's just a shame this very good thing had to come to an end before the show was actually over. I've trudged through seven of eight episodes out of pure duty (and foolish hope) and at this point I'm wondering quite seriously if Season 3 was penned by a sitcom writer. It seems we've switched genres entirely. Maybe the laugh track will show up as a special guest star in the season finale and be unmasked as The Twelve's Number One.

The story is continuing with a new shoe runner. Jodie Comer and Sandra Oh are first rate actors who elevate the story. They’re chemistry still leaps off the screen.

I used to love it, but right now, this is just milking it. No new ideas, both characters are boring, filling the 40 minutes with music and the characters sitting wondering for minutes about nothing.

Yes, would somebody please do it...soon! Put an end to this silliness.

I am not the easiest person to entertain and this show constantly kept me on my feet and had my complete attention!! I would 100% recommend to really anyone. All of the character development is fenomenal and overall this show is art.

Last season exciting, engaging and so well done. This season is even better. Easily the best drama anywhere. Just finished episode 5. Jody Comer just flat out delivers her homicidal vunerable character. Her performance was perfect. I could go on and gush about the writing direction characters... Watch this series. Really. Both seasons. You got the time.

I just bought the season pass and the episode today is not showing!!!

This is my new name

UUh burning up u by the Ubuntu’s ya bro bbbu

Where is episode 2 when it is about to come on AMC for FREE. I purchased the season thinking the episodes would drop before hitting cable. Waste of money! Love the show, but not happy with Apple.

I can’t wait for the rest of the season to unfold, thank you for releasing early!!!!!

It premiered tonight and I bought the season pass but the show isn’t there.

I paid for the season pass but all I am getting is the trailer!!!!!

I can't wait for this season! I've rewatched season one 3 times and season two 2 times. I am so pumped for my fav show!!!!!

I bought season pass and I have NOTHING!

I’ve never rewatched a show so many times. The acting is incredible. The characters are so easy to relate to. It’s a phenomenal show. 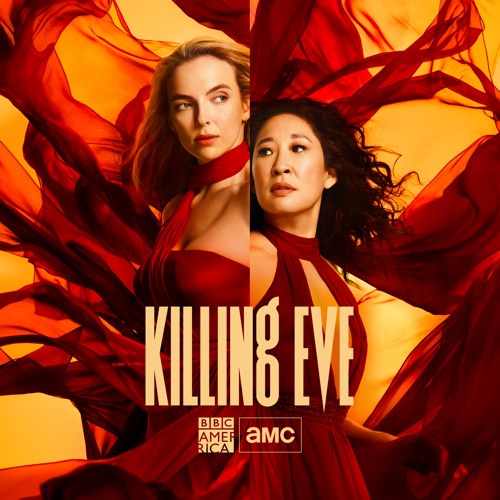