Focusing on the character that started creator Geoff Johns’ career in comic books, when he created her, lovingly inspired by his late sister who was killed in a plane explosion, new DC drama series, STARGIRL follows high school sophomore Courtney Whitmore (Brec Bassinger) as she inspires an unlikely group of young heroes to take up the legacy of a long-lost superhero team – The Justice Society of America – and stop the villains of the past. As the series begins, Courtney’s seemingly perfect life in Los Angeles gets upended with a move to Blue Valley, Nebraska with her mother Barbara (Amy Smart), stepfather Pat Dugan (Luke Wilson) and stepbrother Mike (Trae Romano), and she finds herself struggling to adapt to her new town and high school. But when Courtney discovers that Pat is harboring a major secret about his past, she ultimately becomes the unlikely inspiration for a new generation of Super Heroes.

Do you love Stargirl, Season 1 tv serie? Please share and improve it :)

What we see is mainly what we look for.

I was worried this would be another supergirl,charm, or batwoman sjw show. But two eps. in it so far is a superhero show without all the politics/sjw mess. And I have realy enjoy watching it. The actors have been really good so far. Love the step dad. Luke Wilson was the main reason I even gave this a watch. Now I kind of hook. lol The actress that is playing Stargirl is doing a really great job too. And I love that the characters are having to learn to be fighters. That they just don't come on and kick bu@@. Plus the robot is pretty cool. I am really hoping they come out with some toys for this show. I really want the robot and Stargirl with brushable hair please. I am a mom and I know my son would love the robot. I want the stargirl for me lol. Just wish all the eps. were already out cause this is bing worthy. Plus I really hope they keep this clean/kids friendly would love to let my son watch. He loves robots and would love the Pat/Robot dad. So far havn't been able to let him watch any of the new superhero shows cause the all have to put lgbq or se@ or gore stuff into them. Like Doom Patrol (I like it) can't let my child watch it cause of all the adult stuff. And doesn't belittle men, just have good funny equal banter between the sexes like they use to.

I like the apparent clean cut family wholesomeness of the characters. I hope the stick with well written story lines and not turn Stargirl it to another typical CW slutty/lesbian story line, like Super Girl or Bat Woman. The acting felt real and not forced. I hope it is a successful series like Smallville. Looking forward to next episode.

Chuck Norris never bows to royalty, or anyone, for that matter. If they wish to continue to live, they must bow to Chuck Norris. 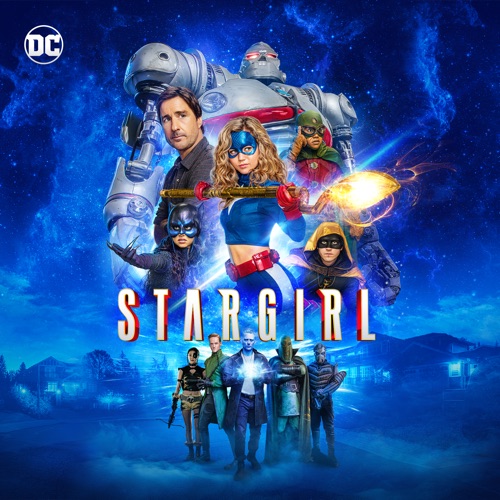