From Susanne Bier and David E. Kelley, the limited drama series, based on the book “You Should Have Known” by Jean Hanff Korelitz, follows Grace (Nicole Kidman) and Jonathan Fraser (Hugh Grant) who are living the only lives they ever wanted for themselves. Overnight a chasm opens in their lives: a violent death and a chain of terrible revelations. Left behind in the wake of a spreading and very public disaster, and horrified by the ways in which she has failed to heed her own advice, Grace must dismantle one life and create another for her child and her family.

The highlight of this series was Ms Kidman's fantastic wardrobe. As a clothes horse she was amazing, but in her role Nicole was unconvincing. Hugh was miscast, looking seriously uncomfortable (as was I the viewer) in his scenes of a sexy nature. Plot didn't go anywhere new and the ending wasn't particularly gripping. The actress playing their lawyer was excellent and I'm sure we'll be seeing a lot more of her.

Well written and well acted with a wonderful intrigue until the end. Not very original story and lots of editing and continuity errors but overall these are easily forgiven for the strength if the acting and presentation. Well worth a watch but beware of the graphic violence and full nudity if you are sensitive to such things.

It’s so blandly written and made, it feels like a daytime TV drama but with nudity and swearing. There are so many plot holes, so many coincidences that are never questioned by the characters, but it’s an easy watch. Feels like one of those sloppy crime dramas you pick up a the airport, whizz through in one day by the pool, then forget about it.

Run of the mill thriller with a good cast

Such a well acted and intense drama with exceptional characters. 10/10! I wish it was longer though.

The first few episodes were good and interesting but after words got real stupid. Specially Nichole kidmans character. It's so unrealistic and annoying. It was nice to see some of the other actors.

The show started off fairly intriguing. But a couple episodes in it feels like an extended episode of Law and Order. The ending was not satisfying.

Really great to see Hugh Grant play such a character, a break from his norm. The story was full of twists and turns. The only downside for us was Nicole Kidman’s character. Weird. Worth a watch if you’re a hugh grant fan.

While the first episode shows plenty of promise, the story quickly deteriorates into a superficial everyday story of darkness and who dunnit. The plot is predictable, and never offers any real surprises or twists, not even in the season finale. The cast is filled with all star names, though they don’t bring their all star performances with them. Nicole Kidman’s inexpressive looks of despair mostly look like her face has been waxed. Hugh Grant is not entirely believable as a character of darkness, although he does his best in the season finale to correct that. Noma Dumezweni delivers the the most credible performance here as Fraser’s defence lawyer, as does Noah Jupe as Henry. An overall forgettable story, which barely survives as a mystery thriller, and thanks only to the presence of some big actor names.

Show not bad but also isn’t the greatest, Nicole Kidman does a better job in her other series than with this show. They could have made the show darker more suspenseful.

David E Kelley and Susanne Bier plus a great cast of characters. So happy thay HBO took this on. It had a rhythm of suspense up into the end. I appreciate adding actor Edgar Ramirez and Donald Sutherland. Highly Recommend!

Watched the series and read the book~enjoyed both very much.

Not even as good as a below-average episode of Law & Order. Started out like an intriguingly campy psychological thriller, but the repetitive gore, fake surprises, childishly superficial characters, and too many just plain useless scenes ended up wasting our time. It did take our minds off the real world, but at a cost.

Pure escapism to take your mind off 2020. Dive into the gorgeous who-done-it, a time-capsule of pre-covid NYC and forget your own troubles for 6 hours.

one of the best shows this year

Why so high for an episode of a show no one knows about. Why is iTunes raising prices so high lately

This was especially painful and hard to finish. All the walking, got to be a bit much...wasn’t really tied to a real plot. This lacked anything interesting, just too slow and dry. The only reason I gave it 3 stars was for #1 Donald Sutherland and #2 for Nicole Kidman, #3 Hugh Grant. They each deserved a star.

Hugh Grant is in this. So I won’t be watching. See ya!

So very corny, like watching a cheap midday movie.

There’s a lot beneath the surface that is ‘veiled’ & I thought the whole ‘unveiling’ process was very well done. We see the superficial charm of Hugh Grant’s character (Dr Fraser) & then as the layers peel off there’s a very different personality that lies beneath. We see the illusions of his wife also shattered; her views of love, fidelity & position in society are put before her to view with a different set of eyes. This is not dissimilar to what we’re seeing in the world as the superficial & corrupt facades of politicians, celebrities & corporations etc. are being stripped away for all to see. I viewed this on Foxtel & bought it as soon as it was available to purchase. Also enjoyed Nicole Kidman’s vocals on the theme song! Nicely done 😃

We watched the series on Foxtel, very average even with the big name stars. Could have been made as an hour and a half movie and still be dull. 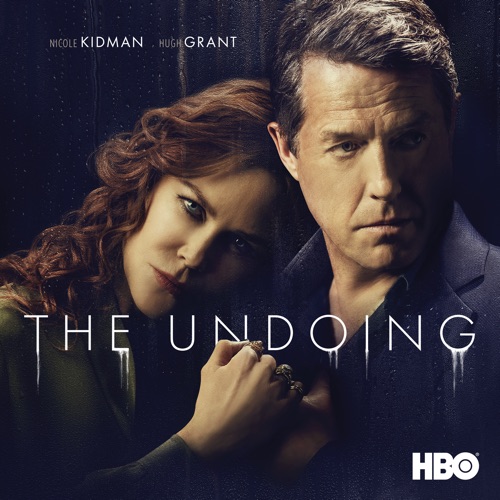