ALONE is the most intense survival series on television. This season’s participants will face the biggest twist in series history—a 100-day challenge for 1 million dollars. Over 6 seasons, no one has ever lasted this long. Achieving this goal will be a struggle, especially when the survivalists have to endure the intense conditions and aggressive predators of the Arctic.

Do you love Alone, Season 7 tv serie? Please share and improve it :)

why is the thursday release so inconsistent? Great show - lousy provider. will not be buying seasons pass again

Disappointed that iTunes has not released Season 7 episode 5 yet. It’s taking forever

This show is awesome! But I will never buy a season pass on iTunes , always buy individual. Where are the next episodes????

Paid for Season 7 but episode 5 still is not available. It aired July 9th!

Bought season pass still no episode 5!!! 6 is coming Thursday!!!! How do I refund

If you buy a season pass to a show you should at least be able to watch it a day after it airs. Episode 5 aired on the 9th. It’s now the 12th and it’s nowhere to be found.

The show is 5 star. The way Apple TV releases the episodes does not make sense. There’s no way to understand when an episode will be available although it’s released on a regular schedule from History channel.

The series is great! Wish people would stop rating apple and rate the series. Almost didn't buy due to poor ratings. If you have a problem with apple contact apple.

Finale aired yesterday but it still hasn’t posted. I can purchase the finale on Amazon but iTunes is lagging. I won’t purchase next season here but will find another option.

Where is the final episode? It’s not available the day after it aired on history!. Soooo disappointed! We were going to have a watch party. Season 7, final episode 11 ( over the edge) Now we have to dodge the spoilers days after it aired until Apple decided to release it to us purchasers. Apple stopped airing the show on time. No email notice or explanation. Missing current show that is out on history channel. Super Disappointed as this is what our family looks forward to every Friday evening. Everyone with history channel saw it. We paid too. Why offer a subscription if you can’t provide it?

This unlike those idiots on mountain men and a laundered list of duck dynasty type shows. This is the real deal and unscripted and bad ass. And I think Roland is gonna stay for 200 days!

I love this show and this is a great season! All of the bad reviews are because Episode 5 took FOREVER to be posted. I checked non-stop. Since then the episodes have been posted in a very timely manner and I have been able to watch them the very next day. For example, the episode aired last night and by 3AM EDT I had an email saying it was available. Hopefully Episode 5 was just a glitch!

Demand a refund and buy the series on Amazon Prime. Episode 5 has been available there for DAYS.

Why aren’t we getting the latest episode since we paid for the season pass. Refund please!

What a rip off. Like everyone, I’m peeved they aren’t making the episodes available. Nearly a full week after it aired and I still can’t watch it???? I won’t buy another season

Is there a bug here?

It’s been 5 days since episode 5 has been aired, still not available on Apple TV! I thought Apple was quality service.

Do not purchase a season pass. Apple has stopped updating this content.

They take your season pass and then leave you ... Alone. Amazon prime going forward. Let’s see if they can deliver what they take money for - Apple does not.

Why isn’t episode 5 uploading. Last time I buy a series on Apple. Should have bought on Amazon Prime!

As the title states. Why does Amazon Prime have this? Why did I pay for this??

Subscribed for the full season pass. Episode 5 aired on television last Thursday, it’s now the following Monday and the newest episode has not been posted! It should be available within 24 hours. I should have bought this on Amazon Prime instead of iTunes.

If you want the episode after it is aired, you cannot count on I tunes. I paid for the season, but since I wanted to watch the show after it is aired I double paid bu going to Amazon Prime. You are better off just finding a different middle man.

What’s up with episode 5? Come on Apple. Get with it! How about an explanation at least.

Where is this episode? It's been over 3 days now and it's still not available for download. Why?

Are we getting the new episodes or not? It’s been 3 days now...

As the same as everyone else, where is Episode 5 @Apple support??? Provide discounts or refunds if you cannot provide the service we have paid in advance for. Or, at the least, an explanation so we can better understand....

I purchased the Season Pass, but the latest episode (episode 5) is not available. It aired on Thursday and should have been available on Friday. I can find it on Amazon Prime Video for purchase. I will most likely make future purchases there instead. Very unhappy with the unexplained delay.

Apple please don’t pre-sell the season if you can’t deliver the season... and if you do, perhaps you could set our expectations?... or perhaps you could offer it at a discount?... seeing as you can’t watch it until 48 hours after it originally airs. Guess I’m getting a refund... and - sigh - subscribing to the History channel... Tim Cook - be better.

We paid for the whole seasons and Episode 5 is available on the history channel (which I would have to pay for) but not on here like it should be and like we paid for. Please tell us when it will be fixed at least.

I paid for the season pass and I am upset that episode 5 has not been posted. What the heck APPLE

In case anyone working for Apple/ iTunes reads these posts, PLEASE post the July 9 episode of Alone. Thank you. I am giving 5 stars for the program itself but only 1 star for timeliness of posting the epidodes.

Love the show but not getting the episodes on a timely manner makes it a total rip off. Can not recommend.

This is bull! Is there anyway for Apple to give us a refund. I mind as well have got it on Amazon Prime.

Where is it? Previously it always dropped a few hours after showing on History. It’s been 2 days and no explanation.

Why pay for the season pass when it can’t be posted on time? Feels like Apple’s quality and customer commitment are really sliding.

Purchased whole season- thinking at least the episodes would become available as soon as it airs but it’s now a full 24 hours after airing on History channel and it’s STILL NOT available to watch! Ridiculous! You should be able to buy and watch the whole season once purchased or do not offer the whole season until The Whole season is over if you’re not going to make it available when it airs!

I ordered the seasons pass. Many times I can’t even watch the episodes it wants to double charge me. This time the episode doesn’t show itself available. I’ve been a loyal Apple customer for a long time. At this point I’m just gonna stop purchasing anything at all

First time buying a season pass. Why is it taking so long for episode 5 to hit?

New episodes are posted, then don’t play at times, now the most recent episode that aired isn’t available at all. Why am I giving Apple money? 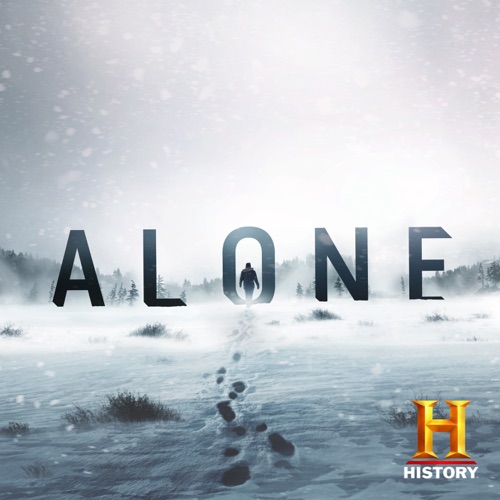