In 24, the entire season takes place in one day, with each of the 24 episodes covering one hour, told in real time. No sooner has Jack Bauer (Kiefer Sutherland) finished a game of chess with his daughter, Kimberly (Elisha Cuthbert), on the morning of the presidential primary, when Kimberly sneaks out of the house and Jack, who heads up the government's Counter Terrorist Unit, is called to work immediately. He learns that an assassination attempt will be made on presidential candidate David Palmer (Dennis Haysbert). Meanwhile, Jack's wife, Teri (Leslie Hope), sets out to find their daughter. The clock begins ticking in "Midnight -1:00 AM," the series premiere episode of 24.

Huge fan of 24 but the price was too high on iTunes. Now with the low price of £4.99 I've bought the lot :p more discounts like this please Apple :)

Love 24 - cracking show. I'm loving the discounted price for the seasons at the moment too. £4.99 and in HD - this is more like it iTunes. Prices for non-current shows that are comparible with high street costs. More of this please.

BE WARNED if you are buying the HD version. About 10% of the height and 10% of the width has been cropped out compared to the standard quality version. Lots is lost, it is such a downgrade when you are supposedly getting an upgrade. Don't stand for this. Great show though, but the cropping for HD is not on.

THE BEST SHOW ON TV

Kiefer Sutherland is excellent. One star. Most of the cast is great and it's fun to see Dennis Hopper, Jon Voight and a few other familiar faces. Second star. It kept me interested and had some good thrills. Third star. But... The character of Kim Bauer is one of the most annoying I've ever seen on TV. And her mother's not much better. Why does this show have so many annoying female characters? So no fourth star. And finally: why so many holes? Are we really to believe that Govt. agents have no common sense. I can suspend my disbelief if the show gives me reason to (humour being a good reason) but too often I was wondering how the writers expect audiences to believe the dumb moves some of the characters make. And sometimes there were such huge holes in the plot you could drive a fully armoured Hummer through them. I think audiences expect more intelligent plots these days. No fifth star. Overall: better than many Hollywood productions but it falls short of being the great show it could've been. And Season 1 is supposed to be one of the best seasons of 24. Perhaps I'll watch a later season to see if they worked out the wrinkles. And perhaps to enjoy more of Kiefer Sutherland's acting.

24 has so much more potential had they taken a bit more time with story line details and the script. The script is embarrassing in many places. I've only seen season 1 so i'm hoping it will get better in 2+

Hi first experience of 24 and the 8th episode keeps loading and then loading and loading, hope you guys can fix this, it may be an important episode…lol Loading onto macbook pro FYI Otherwise hope to enjoy the episodes.

I don't know which I enjoyed more: the drama, or keeping track of how many times members of the production crew and or their equipment got captured in various scenes.

OMG THIS SHOW IS AMAZING! ITS THE BEST SHOW EVER MADE AND I LOVE IT! JACK BAUER IS LITERALLY MY HERO AND I CANT BELIVE IM ALMOST DONE WITH THE SERIES :( I REALLY HOPE THEY CONTINUE IT BECAUSE ITS AMAZING!!!!! MOST AWESOME SHOW IN THE WORLD WATCH IT!!!

'24' was and forever will be the top drama of it's era, if not modern television. Season 1 is entralling, mesmerizing, and gripping from the first phone call to Jack to the final tick of the clock at 12am the next day. One of the most original concepts to hit television in many many years. Having seen every episode when it aired, I still love season 1 and 2 more than any others and converted many nay-sayers using disc one. You will not be disappointed. 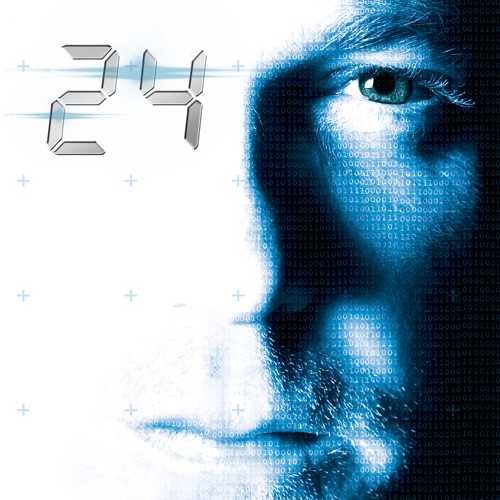