A thriller about the emergence of a deadly, rogue Artificial Intelligence. After discovering an artificial intelligence he created called neXt might destroy humanity, Silicon Valley pioneer Paul Leblanc tries to shutter it, only to be kicked out of the company. Paul joins forces with Special Agent Shea Salazar to fight the superintelligence that will eliminate obstacles to its own survival.

Do you love NeXt, Season 1 tv serie? Please share and improve it :)

This Show Is Great, I Love It! It's the First Show in Quite Awhile, that I Couldn't Wait for it to Premiere, ON "October 6th, 2020."... I know that Date Bc, Well...I'm Hooked, Man! The Storyline is WELL Written, the Show IS WELL Acted, VERY Interesting, VERY Intense, and TOTALLY POSSIBLE! These Are Most of the Reasons WHY THIS SHOW Should've Been Renewed. But, I'll Take This, I Will Be Buying the NeXt Season 1, Series, With my 1st Check "NeXt YeAr!" (Thanks, iTunes & Apple.)

Very few shows that I watch get me interested in the next episode and this is one of them. Although the story has to limit what NeXt does or has the ability to do, it's still a good watch in my opinion. A bit puzzled though as to why the episode dates seem to jump around. Seems like this does not air every week and skips some weeks, figure it must be tied to Fox and their airing slots I guess.

I can’t wait for more episodes.

Watch on cable, then you don't pay in advance, it's that simple. The new episode is finally on tonight and I'm super stoked

4 episodes have aired, yet they only have one available for download.

3 episodes aired but you only allow us to download 1, why?

I bough the season pass and they have not uploaded episodes 2, 3 or 4

The second episode aired six days ago and it's still available. What's the deal?

The show is great. Unfortunately, it’s $20 for just one episode! Episodes 2 and 3 have both aired on FOX, but no sign of them here. Buyer beware, this is a ripoff.

Remember The Net, Hackers, Antitrust, Cypher, Takedown, Eagle Eye, Firewall, and I.T.? Well this is just like those technology thrillers but better than most of them. The only real world issue that plagues this is the fact that Hulu seems to get the new episodes MUCH faster that AppleTV+/iTunes which is the real edge of the set, keep you guessing, part of this series - when will Season Subscribers actually get to watch the season episode they paid for!?!?!

Oh know this television show isn’t the most accurate thing in the world so it’s bad. Shows and movies do this, if everything was so accurate it would be boring. For what it is it was enjoyable and I’m waiting for the second episode so I can continue to enjoy it.

Other than the fact this topic has been done to death, the many technological and procedural issues were enough to discredit its viability. Since when does an FBI cyber task force keep its most important and critical evidentiary files on agent desktops that could be so easily wiped? In the real world, cyber evidence, once collected, is placed on a removable drive and stored in a very secure location where it cannot be tampered with. Even working copies are sandboxed to prevent contamination. Apparently the FBI thought so little of this production, they wouldn't even allow the series to use an actual FBI logo in its offices. Yet another attempt to produce a scary tv series based on real technology without any benefit of accuracy or reality.

Pretty to look at, but boring and inaccurate. 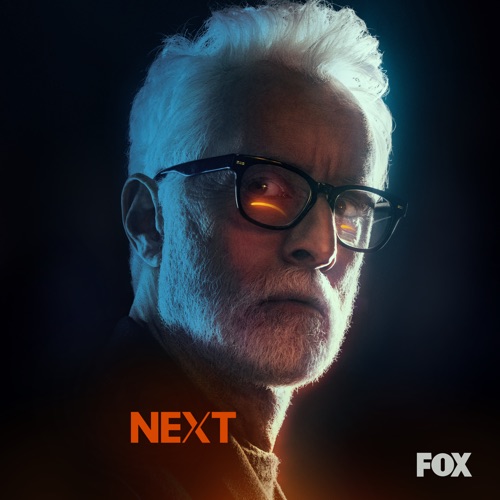