South Park is an Emmy Award-winning animated series about four boys living in a screwed-up Colorado town. Between tragedies global and local, as well as parental and celebrity interference, Stan, Kyle, Cartman and Kenny manage to have themselves a time.

Pandemic special is so good, like really good. Note that this is a season so you will need to wait for future episodes to be made/aired.

Not only does this series launch with a brilliant “Pandemic Special”, at the time of writing this Apple are offering the Series Pass (all current and future episodes in the series) for just £9.99! 🤩

Smart. On point. Covers several COVID issues and Cartman is at its peek!

All characters have his own specific identity. South Park bring me joy. Meg Griffin did not bring me joy. Also, if you reading this it’s because you’re a towel.

A wonderful place. 10/10 would buy again

I hope I didn’t just pay 7 dollars for a season pass with one 3 dollar episode on it??

No your a towel!

If you’re reading this, you’re a towel.

Pay for a season pass and only get one episode

I paid a whole season for 1 episode?

How is it always so funny??

I love South Park but, to pay for the whole season and to only get 1 episode is ridiculous. I want my money back!

South Park was funnier when they bleeped out the f bombs.

They failed to mention that there is going to be a massive gap from when the episode air first is September then at the end of November and two more with more than a month gap in between. This was never mentioned and it very misleading!

People... the cost of getting the season is more than worth it. Yea it’s way more to buy each episode individually, so get the season.. they’ve been consistently great for years. Not much of a risk.

You have got to be kidding me, right? I think this episode, and as it is the only episode the entire 24th season, is suffering from some sort of delusions of grandeur. One episode, should not, a season make Yet, here we are when I put down money to buy entire season of a given television series, I do it with the good faith that they will be more than just the one episode I wouldn’t even care if they had just said here is the South Park pandemic special… And that’s all it is so I would at least know what I was getting into putting down money expecting several episodes but getting just the one I hope that there will be more episodes in this season in the future but I’m not gonna hold my breath

At first I thought it was a Great deal on a season. But really it’s a overpriced single episode

this cost way too much for one episode pirating next time if thats how southpark treats people that pay for their show...

Bought it for one Episode. Yep

I have always found amusement and joy watching this show and laughing. But never have I laughed more then the pandemic special episode. And it has also been funny watching people make fun of Donald trump and have the guys tan sprayed orange

Why isn’t there some episodes what a rip off

I loved this show

Come ON, you guys!!!! The pandemic special is STUPID!!!!!! I HATE that Trey and Matt made a parody episode about COVID 19!!!!!!!! They’re idiots for making this episode because they’re bringing attention to the virus!!!

South Park is a good form of entertainment during the pandemic.

I love watching that show but I love a book please😂

I love this show lol

Idk if the format will be different with them doing the series remotely currently, but thus far we know it will have 10 episodes, just airdates are gonna be weird.

A Landslide in Nov. for Trump

probably the worst episode ive ever seen. no substance and no funny jokes. hopefully the rest of the season is better because this sucked

I need Some Special like Halloween Special , you the Beast jijiiii

This is what I have been waiting for, for the past 7 months!!

Excellent as always, and now only $6.99 for Season 24. This Pandemic Special Pricing Rocks, Thanks! 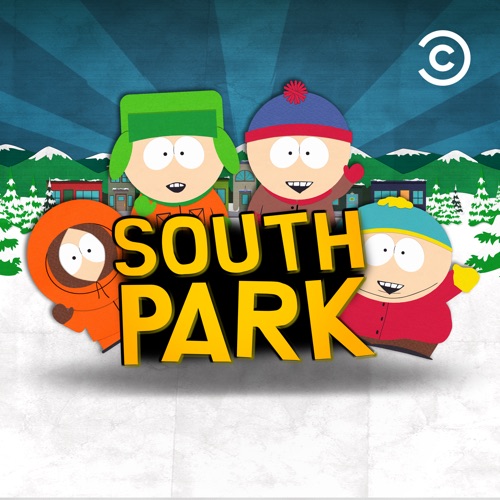