A search for a missing father turns into an otherworldly trip. Based on the 2016 novel by Matt Ruff, this HBO drama series follows Korean war vet Atticus Freeman (Jonathan Majors) as he joins his friend Letitia (Jurnee Smollett) and his Uncle George (Courtney B. Vance) on a journey across 1950s Jim Crow America in search of his father (Michael Kenneth Williams). What follows is a struggle to survive and overcome both the racist terrors of white America and the terrifying monsters that could be ripped from an H.P. Lovecraft paperback.

Do you love Lovecraft Country, Season 1 tv serie? Please share and improve it :)

The book provides shocks aplenty and when I heard that it would be adapted - I was unsure it would match the power of the novel. It did and more! Expanding the story further and tweaking some elements of the original story so that it’s fresh for people who have read the book - this really is must see especially in the current climate. All the characters are suffering from some element of discrimination - whether it’s racism, sexism or homophobia - and to convey that through a sci-fi / horror lens is inspired. Very good acting, with all actors drawing out the nuances of their characters really well. Highly recommended!

Rubbish acting and the story is ridiculous

I didn’t get past the third episode honestly. For good reason this is utter rubbish. If you are in anyway a fan avoid. Poor acting wooden acting and scripts that could have been written by a 10 year old writing a Halloween story for school.

It wasn’t what I expected, but really loved it for what it is. It’s like Buffy for grownups, but with a social conscience. The monsters are fun and creepy, but it’s the racial hatred that truly provide the shocks. Can’t wait for season 2

Stumbled upon this show, was amazing!

Reading the comments is kinda bitter sweet. Wether you hate slavery plots or plots that deal with segregation please understand that’s your choice of preference. But slavery did happen, colored folks was segregated and they were hunted. They weren’t even seen as people. Nobody said white people are evil or what another wrote “ black is good and white is bad”. It’s like you dismissed the fact this is a fun FICTIONAL SHOW mixed with true and real situations colored people actually had to go through. And if you ask me slavery is evil and this land we live in has a evil history but it’s what each generation to come does knowing their history. We shouldn’t forget we should do better. Wether we don’t see color , or etc. anyways the show was great and magical not only that it opened up a conversation for my household on was it really like that in the past “ no colored after sundown towns and counties”. Family can’t wait for season 2 til then we are discussing that the travel guide was a real thing, as well as the city in Oklahoma burned down and bombed. So many facts and ppl are butt hurt because the skin color they share is seen doing evil deeds. And it’s not even them themselves lol wow! Get over it.

One of the Best Episodic Shows i’ve seen in awhile. this was a great watch, show is full of Roller coasters and has a beautiful blend of different genres! currently reading the book because of this show. (ps that’s great to) But everything Misha Green has done here is just simply amazing here! Bravo!!

Tired of some of these themes being applied over and over.

What a garbage of a series. The creators go out of their way to vilify all the white people while telling their garbage of a story. I’ve never been racist in my life and it’s outrageous that you are trying to incite racial conflicts by pitting the two races against each other. You do not uplift one race at the expense of the other. There are good and bad people in all races and anyone trying to portray it differently is racist him / herself.

Racially divisive Hollywood propaganda. The moral of the story is Black people are good but White people are bad. Total garbage. 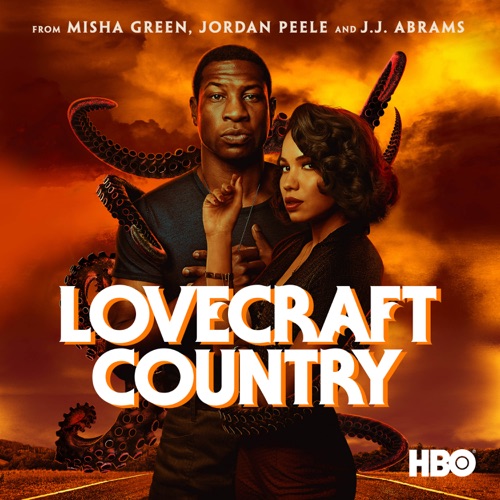