Ted Danson stars as a wealthy businessman who runs for mayor of Los Angeles for all the wrong reasons. Once he wins, he has to figure out what he stands for, gain the respect of his staff, and connect with his teenage daughter, all while controlling the coyote population.

Do you love Mr. Mayor, Season 1 tv serie? Please share and improve it :)

It's a Tina Fey show, which means, in 2021, that it feels dated and wince-inducing even when its performances are superb, its situations fun and moving, and its Jeff Richmond music masterfully brilliant. Why? Because better writers take bigger risks to tackle more urgent themes, leaving shows like this looking timid and equivocal. This show, like 30 Rock and Kimmie Schmidt before it, is happily smug in its subtext that it can make malignant narcissists better people by example...which mostly tells us its orientation is celebrating malignant narcissism as attractive and charismatic. I truly enjoyed this show the 95% when I wasn't irked at how lame it is. 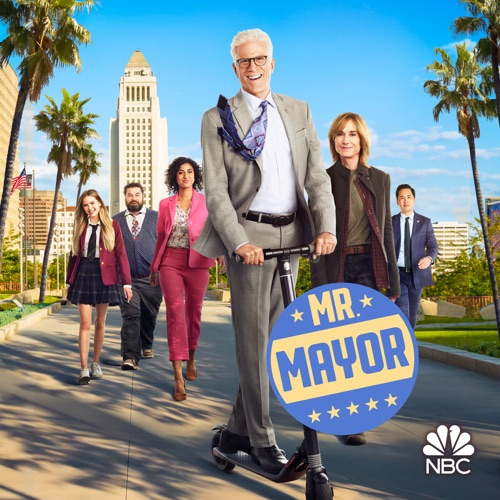