Vowing to avenge the murder of his wealthy parents, Bruce Wayne devotes his life to wiping out lawlessness in Gotham City. The Dark Knight joins Robin and Batgirl, battling his inner demons as well as the evil figures who bedevil him. Volume 1 features appearances from villains the Joker, Scarecrow, and others.

Do you love Batman: The Animated Series, Vol. 1 tv serie? Please share and improve it :)

Too expensive to buy, I got them ANOTHER away, but fantastic batman series

Batman: the animated series is the single, best batman series ever made. I love it! 17.99 is decent for 24 episodes of the greatest series ever.

Batman The Animated Series is the best version of Batman. It shows a capable Bruce Wayne being Batman because he chooses to, it adds pathos to villains, and introduced characters that we know and love today in the comics and movies. Plus it’s gorgeous. The only (minor) issue I have here is that the episodes come with the intro from The Batman/Superman Adventures instead of the far superior Batman The Animated Series intro.

Exactly as batman should be.

Nothing is softer or more flexible than water, yet nothing can resist it.

The best show I've ever seen. This was my favorite show growing up and it still is!

When I watched this show on TV back in 1992, I was only 10 & it was incredible, love the animation, very well presented & I was convinced that is would become my personal favourite. 28 now but I still love it - if you're a massive Batman fan like me, you will really enjoy this show.

The best animated cartoon I've ever watched. An almost perfect conversion of the Batman story and character to a 22 minute episode, for kids series. Brilliant voice acting and way ahead of its time with its use of film noir qualities. Highly recommended for anybody who loves Batman, particularly fans of the Tim Burton and Christopher Nolan movies.

Glad to have this collection of episodes in my library, although the air dates are listed incorrectly on the files with some showing 1992, others showing 2003 and 2008. It’s a small detail but it’s bothersome nonetheless.

On April 17, 1953, Mickey Mantle hit a home run that traveled about 565 feet. Chuck Norris matched that feat the next day. Chuck was 13 years old at the time. 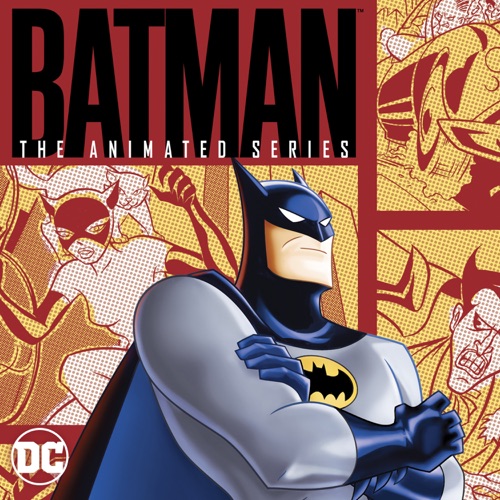