Birds of Prey, The Complete Series

From the creators of Smallville, the Batman myth takes an unexpected turn in this action-adventure series about a trio of beautiful and relentless heroines determined to carry on Batman's fight for justice against the ruthless criminals of New Gotham City. Years have passed since Batman commanded the streets of New Gotham, leaving the high-tech crimefighting to the stunning Birds of Prey: Barbara Gordon (Dina Meyer — Saw films, Starship Troopers), formerly known as Batgirl and the daughter of Commissioner Gordon; Helena (Ashley Scott — Jericho, Dark Angel), or the Huntress, the secret offspring of Batman and Catwoman; and Dinah (Rachel Skarsten — Virginia's Run), an innocent teen with developing metahuman powers. Also starring Shemar Moore (Criminal Minds), Ian Abercrombie (The Clone Wars, Seinfeld) and Mia Sara (Timecop, Ferris Bueller's Day Off), Birds of Prey brings the legendary saga from DC Comics to life, right here on iTunes.

Do you love Birds of Prey, The Complete Series tv serie? Please share and improve it :)

I really enjoyed the show when it was on tv but due to cost reasons when they released the home version they changed most of the music which changes the show and ruins it. They should have kept the orginal music songs/score

what a shame it only lasted for thirtheen episodes

Most spin-offs aren't worth the time if day, but here's one that has genuine charm and appeal. The source material is all there with frequent references to Batman stories (The Killing Joke) as well as flashbacks. The effects are impressive for a show from 2002. Also Mia Sara as Harley Quinn is a special treat. If you liked The Cape you'll be doubly disappointed as (for some unknown reason) this was also cancelled after only one season!

Loved this show when it was on tv. Wish they had been able to keep it running!

Love plot and the actors and actresses and love superheroes wish it did not get cancelled.

The main issue is the script. The dialogue is just pathetic and the acting is awful. Of course, the screenwriters did not give them anything to work with. There is no connection/charisma between any of the characters. Note: Shemar acts exactly the same here as he did in Criminal Minds. It really shows his lack of skills and lack of growth over the years. He is eye candy.

This came out at 2001 I think, and it's 2016 and I'm still loving this show. Wish they made more though...It was awesome! But, I wish they had at least put batman in it for at least one episode at least. It would be really interesting.

The original cut of 'Paranormal Activity' had Chuck Norris coming in halfway thorugh and having epic sex with the protagonist while yelling 'ARE YOU WATCHING THIS?'

Birds are a group of warm-blooded vertebrates constituting the class Aves, characterized by feathers, toothless beaked jaws, the laying of hard-shelled eggs, a high metabolic rate, a four-chambered heart, and a strong yet lightweight skeleton. Birds live worldwide and range in size from the 5 cm (2 in) bee hummingbird to the 2.75 m (9 ft) ostrich. There are about ten thousand living species, more than half of which are passerine, or "perching" birds. Birds have wings whose development varies according to species; the only known groups without wings are the extinct moa and elephant birds. Wings, which evolved from forelimbs, gave birds the ability to fly, although further evolution has led to the loss of flight in some birds, including ratites, penguins, and diverse endemic island species. The digestive and respiratory systems of birds are also uniquely adapted for flight. Some bird species of aquatic environments, particularly seabirds and some waterbirds, have further evolved for swimming. Birds are a group of feathered theropod dinosaurs, and constitute the only living dinosaurs. Likewise, birds are considered reptiles in the modern cladistic sense of the term, and their closest living relatives are the crocodilians. Birds are descendants of the primitive avialans (whose members include Archaeopteryx) which first appeared about 160 million years ago (mya) in China. According to DNA evidence, modern birds (Neornithes) evolved in the Middle to Late Cretaceous, and diversified dramatically around the time of the Cretaceous–Paleogene extinction event 66 mya, which killed off the pterosaurs and all non-avian dinosaurs. Many social species pass on knowledge across generations, which is considered a form of culture. Birds are social, communicating with visual signals, calls, and songs, and participating in such behaviours as cooperative breeding and hunting, flocking, and mobbing of predators. The vast majority of bird species are socially (but not necessarily sexually) monogamous, usually for one breeding season at a time, sometimes for years, but rarely for life. Other species have breeding systems that are polygynous (one male with many females) or, rarely, polyandrous (one female with many males). Birds produce offspring by laying eggs which are fertilised through sexual reproduction. They are usually laid in a nest and incubated by the parents. Most birds have an extended period of parental care after hatching. Many species of birds are economically important as food for human consumption and raw material in manufacturing, with domesticated and undomesticated birds being important sources of eggs, meat, and feathers. Songbirds, parrots, and other species are popular as pets. Guano (bird excrement) is harvested for use as a fertiliser. Birds figure throughout human culture. About 120 to 130 species have become extinct due to human activity since the 17th century, and hundreds more before then. Human activity threatens about 1,200 bird species with extinction, though efforts are underway to protect them. Recreational birdwatching is an important part of the ecotourism industry.. 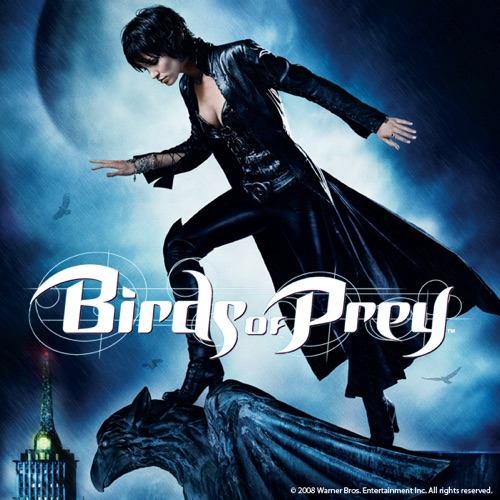