From Tom Hanks, Steven Spielberg and Gary Goetzman--the producers of the Emmy(R) and Golden Globe(R)-winning 2001 HBO miniseries 'Band of Brothers'(R)--comes this epic 10-part miniseries that tells the true stories of three Marines fighting in the brutal Pacific theater during WWII. Focusing on the intertwined odyssey of Robert Leckie (James Badge Dale), Eugene Sledge (Joe Mazzello) and John Basilone (Jon Seda), 'The Pacific' follows these heroic men and their brothers-in-arms through the first battle on Guadalcanal in 1942, into the rain forests of Cape Gloucester and strongholds of Peleliu, across the bloody sands of Iwo Jima and Okinawa and, finally, to their triumphant but uneasy return home.

Do you love The Pacific tv serie? Please share and improve it :)

This is an absolutely great show. I'm glad HBO made this into a series. To the reviewer who wanted the series to be a movie instead because it was so good....a movie is usually 1.5-2 hrs, while with this series is closer to 8 hrs.... Why would you rather a movie again?

Has a great storyline to it. Too bad it was only ten episodes. It would have been awesome if it were a movie.

You can do what's reasonable or you can decide what's possible.

Incredible, really draws you in

Loved watching this series with my grandpa when it first came out, great show still and wish there was a bigger demand for this genre of shows and movies

It's been discovered that the best possible weapon to have when the zombies come is Chuck Norris. 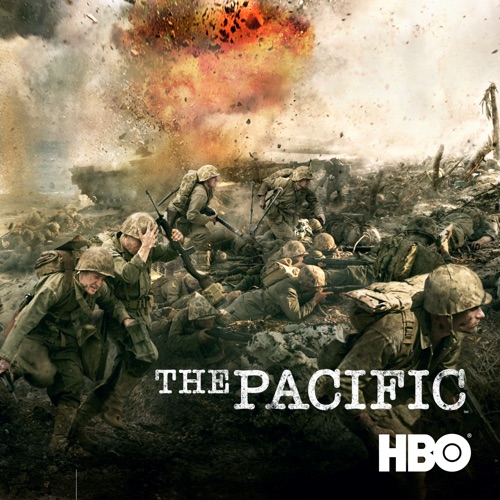