On the heels of the bloody escape from the House of Batiatus, the gladiator rebellion continues, striking fear into the heart of the Roman Republic. Spartacus is presented the choice of satisfying his personal need for vengeance against the man that condemned his wife to slavery and eventual death or making the larger sacrifice necessary to keep his budding army from breaking apart.

Do you love Spartacus: Vengeance, Season 2 tv serie? Please share and improve it :)

I've been watching this since the beginning and it's by far the best series I ever seen. Worth every penny plus some.

this is very disturbing gratuitous violence mixed with sex...... i do not think iTunes ought to be selling this.

I would have to say that this is hands down the worst season of Spartacus. I loved the others, unfortunately the actor who played Spartacus in the first season has passed away, the new guy is such a cheese ball. Also the actress who plays Kriksus' Girlfriend is different, she was the hottest girl on the show and the new actress is........not. Lame story and cheesy scenes make this season turrible. But it's still somewhat entertaining.

Each day is a new canvas to paint upon. Make sure your picture is full of life and happiness, and at the end of the day you don't look at it and wish you had painted something different.

It's quite different from S1, despite having a lot of the same characters. S1 focused on the ludos and interactions between the gladiators. S2 mainly focused on Glaber's hunt for Spartacus. I felt this season was strong overall, with a disappointing finale. The plotlines that related to the politics of Rome were strong. I also like the "relevation" about Illthyia that tied back to some events in S1. Some key points below... These contain SPOILERS, so don't read if you'd rather not know... - Andy Whitfield (who was sublime, RIP Andy!!) has been replaced by a new actor. The new actor is pretty good, but definitely not Andy, and lacks much of his charisma. - But that's OK, but several interesting villains, like Asher and Glaber, get a lot of screentime -Naevia was also replaced. Like many other posters, I don't like her much and do not think she's nearly as beautiful or as subtlely feminine as the actress from S1. So the romance with Crixus is harder to believe, especially since it is emphasized so much. And did she *really* have to kill Asher? Asher was way more interesting! - And since when did Crixus become such a pansy? It seems like he's crying in almost every other scene, or getting his a**ed kicked in most of the fights. I would not have guessed he was the Champion of Capua from S1! :) Having the original Naevia might have made his S2 story arc more believeable. The actor does a good job, though. - Lucy Lawless was a welcome addition back to the cast, with John Hanna sorely missed! - The baby dying at the end was a bit much for me. And Spartacus' team suffered so few losses. By the end of the season, I kind of wanted the Romans to live. The villains in Spartacus are arguably more interesting than the "heroes," at least in S2.

Action, plot twists and turns, beautiful women , gets four out of five stars because nothing beats the first season!

The acting was amazing and I don't know why people keep complaining and comparing Liam's acting to Andy's. they're both great and gorgeous in their roles and have different styles. Can't wait for War of the Damned to come out on iTunes.

According to the Encyclopedia Brittanica, the Native American "Trail of Tears" has been redefined as anywhere that Chuck Norris walks. 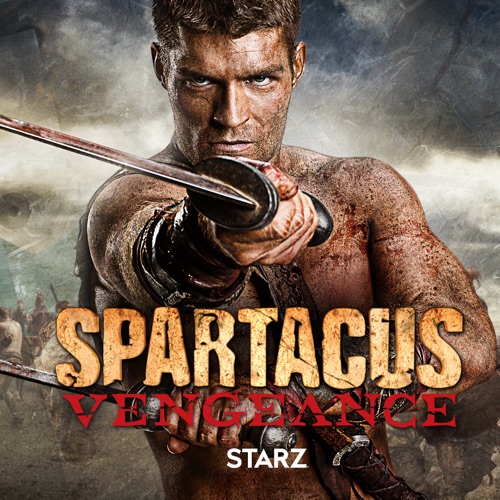